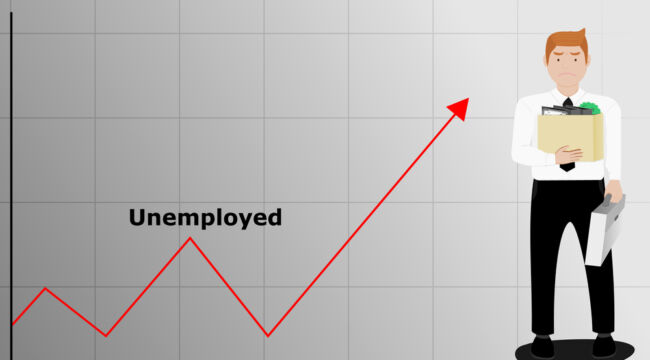 The Worst Jobs Report in History

Today’s unemployment figures were not as cataclysmic as feared. Consensus came in at 22 million.

Here is the bad news:

By way of comparison… only two million were heaved out during the darkest month of the Great Depression.

Even Worse Than Official Numbers Indicate?

Not since government bean-counters began tracking monthly data in 1948 has unemployment soared to such precarious heights.

Yet the true unemployment rate may be even grimmer…

The actual rate may scale an abominable 35.7% — if you accept the verdict of Mr. John Williams and his ShadowStats site.

This fellow incorporates “long-term discouraged workers” into his models. These unfortunates were read out of official tracking in 1994.

Mix them back in and you have 35.7% unemployment on your hands… says Williams.

But cling to the official 14.7% for the moment. If it is additional good news you seek, here you have it:

Stocks were up and away from opening whistle… and never glanced down.

The Nasdaq has now clawed 35% above its March lows… and has gained 1.4% on the year. The index alone is now larger than all the stock markets of the world.

A Strange Kind of Victory

Consider the situation before us…

A record 20.5 million Americans were shoved off their jobs last month. Unemployment is (officially) 14.7%, the highest since monthly tracking began in 1948.

Yet all is joy on Wall Street.

It is as if a football club were trounced by 49 points. But the oddsmakers had it losing by 63. Thus the 49-point rout is a sort of victory.

And this losing club’s fanatics erupt in celebration because of it.

Of course it is no victory whatsoever — not literal, not moral. It is a complete and thorough whaling.

One Michael Farr, for example, is founder and CEO of Farr, Miller & Washington investment counsel. From whom:

There seems to be a willingness to look past an absence of revenues and earnings, increasing unemployment, an explosion of sovereign and corporate debt and devolving credit ratings based on two things: huge policy response and faith that a meaningful recovery will be somewhere within the next six–12 months.

There is also a deep human willingness to whistle past boneyards… we might note.

“The market knows that the job losses are self-inflicted due to the widespread shutdowns,” adds Bleakley Advisory CIO Peter Boockvar. He continues:

Thus, now that we are beginning the reopening process the market assumes many of these people will hopefully get hired back over the coming months and quarters.

We finally come to Mr. Arthur Hogan. He is chief market strategist at National Securities. Says he:

You have investors that seem to be able to look through the tsunami of negative economic data and earnings and toward the potential for a gradual reopening of the economy.

But is a gradual reopening of the economy the end of the tsunami of negative economic data?

A “Biblical” Flood of Bankruptcies

A new survey reveals 52% of small-business owners “expect to be out of business within six months,” Bloomberg reports.

But assume only 25% sink under. Millions and millions of Americans will nonetheless go scratching.

If 70% of the United States economy is consumption… these are millions and millions who will not be consuming.

Meantime, we are informed that a “biblical” flood of bankruptcies will wash over America in the months ahead.

Does the Stock Market Really Discount the Future?

Wall Street’s cheer squad will inform you that the stock market looks ahead… and “discounts the future.”

Yet the stock market is presently perhaps the most expensive ever.

A stock’s  price-earnings (P/E) ratio indicates what investors will pay for each dollar of future earnings. If a stock trades at 19 times earnings… investors are willing to ladle out $19 for $1 of earnings.

Stocks with P/E ratios beneath 15 are considered cheap… historically. Stocks above 18 are generally considered expensive.

What is today’s forward-looking P/E ratio for the S&P as a whole?

Near 21. That is, the S&P is extravagantly expensive by historical accounts.

It indicates a future economy under full steam.

Maybe the Stock Market Is Wrong

From the biblical flood of bankruptcies? From the millions and millions of jobless?

If the stock market discounts the future so reliably… it must believe the economy has a real trick up its shirtsleeve.

Either the stock market is correct — or the economy has no trick up its shirtsleeve.

We do not believe the trick is up the sleeve.

That is, we do not anticipate the V-shaped recovery Wall Street sees shimmering in the distance.

The breadth of job losses is a jarring signal of the massive challenge of restarting vast swaths of the economy – not just a few sectors – and it therefore serves as a stark indication that a ‘V-shaped’ recovery will not be possible.

The stock market may have discounted the future at one time. But to our notion, that era is past…

Wall Street does not so much look ahead to the future… but south to Washington — at the Federal Reserve.

Where would the stock market presently sit without the Federal Reserve’s recent liquidity floods?

The men and women of One River Asset Management recently dug into the question. Here is their answer:

Let the rah-rah men babble about the discounted future. The facts are visible to any with eyes willing to see:

The stock market rises and falls on the liquidity pumped in. The past decade offers nearly perfect proof.

The Market Lives and Dies by the Fed

Do you recall December 2018, when Mr. Powell pledged to continue raising interest rates and draining the balance sheet?

The market came within an ace of a bear market.

The chairman immediately raised his surrender flag. He axed rates and plugged the drain.

And he has lately swung the floodgates open…

Rates are once again at zero. And some $3 trillion has come flooding onto the balance sheet — lifting it to $6.72 trillion — $2.2 trillion higher than previous high water in 2015.

We hazard it will rise to $10 trillion by year’s end… or higher.

We suspect this liquidy future is the future that the stock market is discounting. It is not the economy.

Yes, the economy will open, in steps. But that does not mean Americans will throng into restaurants, into malls, into cinemas, into arenas, onto airplanes, into hotels, into theme parks.

The economy will not continue to shrivel at a 30–47% annualized rate, it is true.

But assume third- and fourth-quarter GDP “rebounds” to a minus 5–10% reading. GDP is contracting nevertheless.

The economy may jump from the roaring fire to the frying pan, that is.

But the pan still scorches.

Main Street will take the burns. Yet with the Federal Reserve hosing in trillions in liquidity…

Wall Street will not.