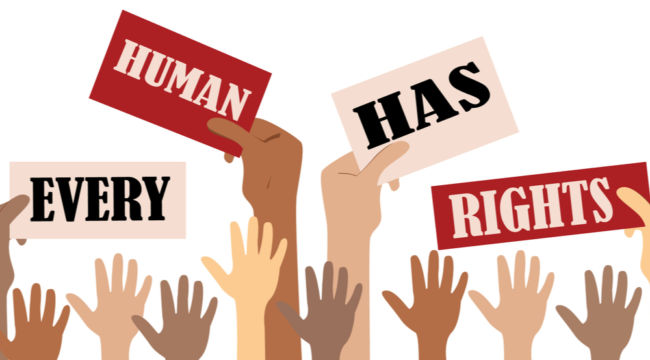 The Worst Human Rights Atrocity of the 21st Century

Stocks around the world were up today after Commerce Secretary Wilbur Ross said trade talks with China are “making good progress.”

But I advise you not to take these comments too seriously.

The fact is the U.S.-China trade dispute is largely irreconcilable unless one side is willing to make major concessions.

Talking is certainly better than not talking and much better than fighting. But intellectual property, to use one example, is a major sticking point.

Meanwhile, China cannot amend its internal laws to provide enforceability of any agreement because that involves a major loss of face and erodes Xi Jinping’s power.

China is using trade talks to essentially bargain for time.

As far as Trump goes, he cannot let the Chinese trade surplus with the U.S. persist because it’s a major drag on U.S. growth and it steals U.S. jobs. Trump was always serious about the trade war, and that has not changed.

He will, however, talk up a possible trade deal because it’s good for the stock market. He’s depending on a healthy stock market going into next year’s election.

So despite the temporary optimism, the market will realize sooner rather than later that trade talks are just part of China’s strategy of delay and Trump’s strategy of propping up the stock market.

None of the big issues is any closer to a solution, and that state of affairs may last for years.

But the U.S.-China dispute also goes far beyond trade. Trade is actually just one part of a much larger confrontation.

This larger confrontation includes China’s claims to the entire South China Sea (disputed by the U.S. and six other countries), China’s development of anti-satellite and hypersonic weapons (against which the U.S. has no current defenses), cyberwarfare and much more.

This broader perspective was captured in a speech last October by Vice President Mike Pence that has been labeled the Pence Doctrine.

Now, the U.S. secretary of the Navy, Richard Spencer, is embracing Pence’s view and recently called for an “all government” approach to the struggle with China.

This means that the response to China would not be limited to trade but would include a stronger defense, limitations on Chinese investment in the U.S., banning of Huawei’s 5G communications systems, financial warfare, freedom-of-the-seas operations in the South China Sea, encouraging U.S. companies to move manufacturing operations out of China and other tactics reminiscent of the U.S.-Soviet confrontation during the original Cold War.

So investors looking for an easy way out based on a possible U.S.-China trade deal will be disappointed that the deal may either fail or be nothing more than a Band-Aid on a fatal wound.

Also, China’s economy is a house of cards and even government figures are beginning to show that’s true; the real figures are worse.

China’s growth figures are almost certainly overstated. About 45% of Chinese GDP is “investment” (compared with about 25% for a developed economy), but 50% of that investment is wasted on white elephant projects and ghost cities that will not earn returns.

If that wasted investment were subtracted from GDP, China’s actual growth rate would be substantially beneath the 6% official number.

China is losing the trade wars and losing the public relations wars because of its actions against protesters in Hong Kong.

Beijing is using water cannons, tear gas, rubber bullets (and sometimes real bullets), truncheons, arrests and even murder (dismembered bodies of protestors have turned up in the waters around Hong Kong).

The cracks are beginning to show in the foundation.

China’s best case is a possible recession and its worst case is a full-blown financial panic. It’s past time to start selling Chinese stocks and avoid further investment in China.

But now I want to address another, more fundamental reason to shun all investment in China.

That’s because the trade war debate with China misses a much larger and more brutal reality. We can discuss tariffs, intellectual property, and direct foreign investment all day long.

But what about the murder of Catholics, Falun Gong members and Muslim Uighurs? What about the burning and destruction of churches and temples? What about millions locked into concentration camps undergoing brainwashing (at best) or torture (at worst).

What’s going on in China today is as bad or worse than the Soviet Gulag system that resulted in the deaths of millions of dissenters against the Soviet dictatorship. China is seeking nothing less than totalitarian thought control, total censorship of the internet and hegemonic control first of the Western Pacific and eventually the entire world.

Organ transplants are a miracle of modern science. Those who are declared dead and have made a donor election before death can provide kidneys, hearts and other vital organs to those in need.

The procedures for organ removal, preservation and quick delivery to patients waiting for a transplant are well established in the U.S. and elsewhere around the world.

The Worst Atrocity of the 21st Century

China is targeting religious minorities for this horrific treatment. Uighur Muslims, members of Falun Gong and Catholics have all been targeted.

First, they are sent to concentration camps for political reeducation. Those who are not fully brainwashed are singled out for much worse treatment, including forced organ removal.

These organs feed a multibillion-dollar business in “transplant tourism” that thrives in China.

Once the victim’s organs are removed, the body is cremated in industrial-scale crematoria, exactly as the Nazis did to Holocaust victims in the 1940s.

There’s no denying it: Chinese harvesting of organs from living victims is probably the worst human rights atrocity of the 21st century.

This horror is not just a matter of speculation. It has been documented by the International Coalition to End Transplant Abuse in China chaired by Queen’s Counsel Sir Geoffrey Nice.

Every effort must be made to end this practice starting with a prohibition on Americans going to China to receive organs. But this merely begs the question of why American companies do business with China at all and why Americans consume any goods from China.

Why are we doing business with China at all?

Get out of China

The U.S. did almost no business with the Soviet Union during the Cold War (1946–1991). Not until after the fall of the Berlin Wall (1989) and the dissolution of the Soviet Union (1991) did a significant amount of direct foreign investment flow from the U.S. to Russia.

U.S. companies should pull out of China now. New investment in China should be prohibited. Chinese investment in the U.S. should be banned. Trade should be limited to basic commodities such as wheat and soybeans.

This economic wall should stay in place until China ends the abuse and recognizes basic human rights even if they are less than a full-fledged liberal democracy.

Investors would be wise to trim Chinese investments from their portfolios before a coming flood as disinvestment becomes mandatory.

There are certainly viable alternatives for manufacturing and production in Vietnam, Malaysia, Indonesia and other low-cost countries in Asia that do not engage in atrocities.

This story is one of many reasons why the so-called “trade war” with China is more than just a trade war.

It’s a clash of civilizations and will persist for years and decades to come.