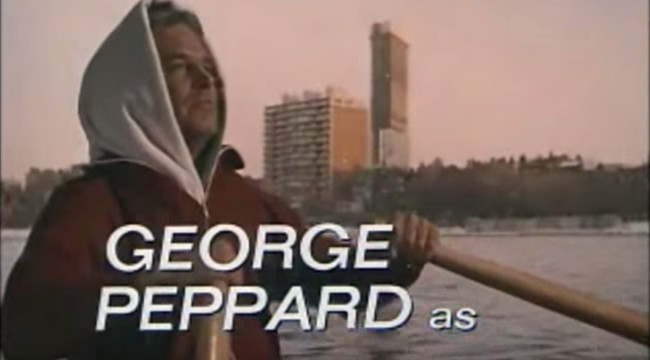 The Wisdom of Banacek

“What happened to the market?” an acquaintance asked me last night.

“I guess it must be the bad news from China. I don’t see how that affects us.”

“The market doesn’t need a reason to go down,” I said. “It’s just a bunch of human beings and their machines buying and selling. If somebody yells fire in a theater, everybody runs. There doesn’t have to be a fire… If you stick around, the theater is yours. If there is a fire… well, at least you die alone.”

[I stole the theater bit from one of Marty Sosnoff’s books. It’s funny, and I hoped it might end this conversation. Alas.]

“So when do you the think this market will turn around?”

“Who knows… Hey, did you catch the game last night?”

The show had a running gag where detective Thomas Banacek, played by George Peppard, would dispense absurd proverbs. Such as: “Though the hippopotamus has no sting, the wise man would prefer to be sat upon by the bee.”

Or he’d give advice that seemed to have no connection to anything whatsoever. “No matter how warm the smile on the face of the sun, the cat still has her kittens under the porch.”

Next time someone asks me what I think the market is going to do, I’m going to start doling out Banacek advice.

I know you know better than to ask me that, though. So I’ll give you some real market wisdom, right here.

All over the world this morning, markets are waking up weaker than they were yesterday. Yes a full-fledged market correction may be underway, and as Greg Guenthner points, that may be exactly what it needs. Today, he offers a few reasons why you shouldn’t be afraid of this very natural process. Read on…