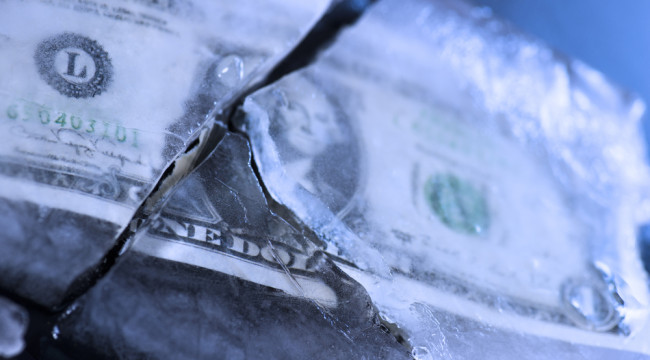 The Winter of Discontent

The Winter of 2015-2016, which came to an end a few weeks ago, has been officially designated as the mildest in the U.S. in 121 years according to NOAA. While this fact will certainly add a major talking point in the global warming debate, it should also be front and center in the current economic discussion. The fact that it isn’t is testament to the blatantly self-serving manner in which economic cheerleaders blame the weather when it’s convenient, but ignore it when it’s not. If economists were consistent (and that’s a colossal “if”), the good weather would be taken as a reason to believe the economy is weaker than is being reported.

The two previous winters were much harsher. 2013-2014 brought the infamous “Polar Vortex,” an unusual descent of frigid polar air that brought temperatures down significantly throughout most of the United States. The next winter was almost as bad, with colder than usual temperatures combined with record snowfalls in much of the country. These conditions were cited again and again by many economists to explain why Q1 GDP growth was so disappointing both years. Annualized growth came in at just -.9% and .6% respectively (Bureau of Economic Analysis). As both 2014 and 2015 got underway, economic optimism had been riding high. When both started off with such resounding stumbles, excuses were needed to explain why the forecasters were so wrong. The snow and cold provided those fig leaves.

As I quantified in a commentary on the subject two years ago, a bad winter can indeed put a chill into the economy, at least temporarily. In general, first quarter (which corresponds to the winter months of January, February, and March) shows annualized GDP growth that is roughly in line with the average of each of the other quarters. Since 1967, average annualized 1st quarter growth was 2.7%, not too far below the average 2.8% full year growth, based on BEA figures. But when winter gets nasty, the economy does slow noticeably in the first quarter.

The average annualized GDP growth for the 10 snowiest winters (not counting 2014) as reflected in Rutgers University Global Snow Lab (Seasonal Extent graph) was just .5%. While this phenomenon did not fully account for the poor results in 2014 and 2015, which missed the average by more than 2%, at least it provided a strong argument as to why we struggled unexpectedly. But that excuse is unavailable this year when the Q1 performance may be equally bad.

While official 1st quarter GDP estimates have yet to be published, researchers at the Atlanta Federal Reserve Bank put out an estimate called “GDP Now” that attempts to offer a real time estimate of economic growth. As late as mid-February, the GDP Now estimate was 2.7% for the first quarter, far below the 3.5% projection that the Fed had offered for the quarter back in December, but at least in the same ballpark. Since mid-March, the estimates have fallen steadily throughout and last week it was taken down to just .1% (although since increased to .3%). (This comes after 4th quarter 2015 growth came in at a very disappointing 1.4%)

So if we assume that the official estimates (when they arrive in a few weeks) do not stray too far from these projections, economists will have to explain why we had a very, very bad quarter (in fact, two consecutive bad quarters) at a time when the weather should have been encouraging robust activity.

An analysis of the bad winters also reveals a clear tendency for the economy to bounce back strongly in the following quarter, confirming the theory that pent up demand in a bad winter, when it’s too cold for people to go out and shop or for construction companies to break ground, results in increased activity in the spring. In the ten 2nd quarters that followed the ten snowiest winters, annualized GDP averaged a strong 4.4%, or almost four percent higher than the prior quarter. That trend was clearly seen in 2014 and 2015 when second quarter growth was an average 4 percentage points higher than Q1.

Most strategists are now confident that a similar rebound will occur this spring even if there has been no bad weather to create the “snap back” dynamic. But putting that aside, there is absolutely no evidence to support such an absurd conclusion, and any such beliefs are based on hope not reason. The weather was actually so warm this winter that rather than pushing economic activity forward into the second quarter, it likely could have pulled economic activity into the first. This could weigh down 2nd quarter performance.

We also should take note of the fast deceleration of the Atlanta Fed’s GDP estimates and the fact that the biggest declines came at the end of the quarter. This may mean that we could be slowing down going into second quarter. Nevertheless, government and private economists still expect the traditional kind of 2nd quarter rebound.

But evidence arguing against this can be found in wholesale trade inventories for January and February that were released last week. Originally January inventories were reported as up .3% (U.S. Census Bureau), which was taken as a sign that business confidence was rising. At the time many thought that February would not sustain that pace and decline by .2%. Instead, January itself was revised to -.2% (from up .3%) and February was reported at down .5% (off of the already rolled back January number). This is a terrible outcome.

The bad dynamics have been apparent for a while in the inventory-to-sales ratio, which documents how difficult it has been for companies to move products. Last week some economists were relieved that this number had come down to 1.36 (U.S. Census Bureau). But that drop was only possible because the prior month had been revised up from 1.35 to 1.37 (a higher number indicates more stagnant inventories). Going into Q2 last year, most businesses still believed that the recovery was real, and they built their inventories throughout the quarter (which added to GDP). There is no sign that that is happening this year. I believe that based on the current high inventory-to-sales ratio companies will draw down their inventories this quarter, thus detracting further from GDP.

Despite the weather, the inventories, and the trade deficits, very few of the most influential public and private economists have marked down their full year GDP forecasts very much, if at all. Goldman Sachs even believes so strongly in the strength of the recovery that it still expects the Federal Reserve to raise interest rates three more times this year (Wall Street Journal, Min Zeng, 3/31/16).  The IMF just revised down its estimates for 2016 U.S. economic growth, but only by .2% from 2.6% to 2.4%. But if the 1st quarter matches the Atlanta Fed’s current estimate, GDP growth for the rest of the year will have to average over 3% to achieve that.

This is likely the type of mindless optimism and herd mentality that caused only one in five U.S. large-cap fund managers to beat the S&P 500 in the first quarter. If you have no idea what’s going on economically, you are unlikely to pick the right stocks. High priced hedge fund managers did little better. In fact, the first quarter was the worst quarter for active managers in eighteen years, according to data from Bank of America Merrill Lynch. This tells me that the degree of denial is still very high, and that those who resist the stampede may be in a position to realize gains when the likelihood of recession finally becomes apparent to all.

Unlike Goldman Sachs and other big banks, I do not see any more rate hikes in 2016. Instead, I believe that it is far more likely that the Fed will have to roll out more dovish forward guidance until the point where it officially calls off rate increases for the foreseeable future. After that, I believe it will have to take us back to zero percent interest rates, restart quantitative easing, and it may even take interest rates into negative territory. Take your stand accordingly.