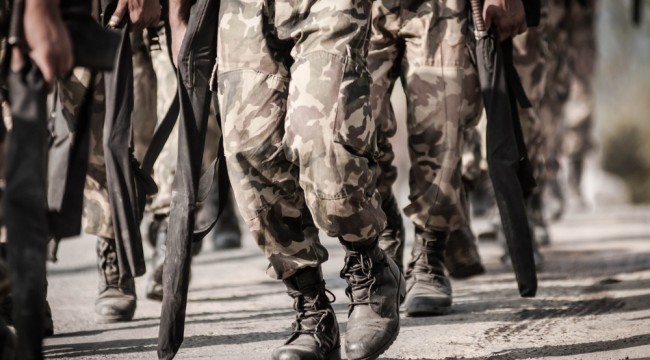 [This DR Classique originally appeared in The Daily Reckoning on May 30, 2000]

“Fortune is rightly indignant at those who break with the customs of the past.” Winston Churchill, named Man of the Century by “Historia” magazine

My calendar says that today is the day traditionally set aside to remember those who fought in America’s wars. Not one to trifle with tradition, I will do so.

The contrarian insight is a traditionalist’s one. Certain market relationships have endured for many years. The relationship of price to earnings, for example. There is no law that says P/Es can’t be higher…or lower…in the future. But the person who bets that they will be substantially different for a very long time is taking a big risk. He is betting that something fundamental has changed…maybe in the value of capital, or perhaps in the nature of man. Perhaps capital will be worth more in the future than it has been in the last 100 years. And maybe there really will be a New Man with different attitudes towards time and money.

Today, we honor those… who did the right thing and had the right stuff when it was needed.

But the odds of there being something really new are slim. Between phases of manic euphoria and manic depression, things tend to regress to the mean — that is, where they traditionally have been. And the mean does not change often or quickly.

I have compared the manic phases of market history to the manic phases of political history. Normally, people live with a bit of violence in their lives — murders, assault and battery, riots. And occasionally, full-scale wars break out. Even then, they are usually contained within “normal” bounds.

The Yanomamo Indians practice a form of institutionalized savagery in which they beat each other over the head with clubs until one dies or passes out.

The Greek city-states met one another periodically in an almost ritualized, and deadly, shoving match. If they had actually wanted to destroy the enemy town, they might have assaulted at night, burned the towns and slaughtered the inhabitants. Instead, they formed up neatly on a level field and marched towards each other.

On some occasions, armies would wait patiently for their enemies to form up — including a delay for a distant town to bring up its troops. It wasn’t proper to go after an enemy before he was ready. Even if you won, it would not be a victory you could enjoy. Dishonor was, after all, worse than defeat. “Come back with your shields,” said the Spartan mothers to their sons, “or upon them.” Don’t run away, in other words.

Today, we honor those who did not run away — those who faced the mania of war…who did the right thing and had the right stuff when it was needed.

Flamm Dee Harper had to struggle to raise the American flag in the little field near Montmorillon where he had crash-landed 56 years ago. The mechanism was stiff and difficult. He struggled, too, to make sense of it. The war, that is. He proved he could fly. He could fight. He was courageous.

But the “why” tripped him up. There, he couldn’t quite turn the crank. What was the point? When the mania is past — like a bubble that has popped — you look back…and it is a puzzle. Why would he have ever done such a thing? What was going on? What did it mean?

Russian soldiers at Stalingrad were urged to use their bodies as “concrete and stone” — to sacrifice themselves to stop the Germans. Many did. But for what? So they could be ruled by Russian-speaking tyrants rather than German-speaking ones?

Col. Harper did not dwell on the subject. He merely said the war was “stupid.” And then he fell back on the familiar cliches that seem to work for generations of Americans. It was a fight, said the old soldier, forfreedom.

“We are,” said Adolph Hitler addressing Reichstag just before the Luftwaffe began dropping bombs on London, “in the middle of the tremendous struggle for the freedom and the future of the German nation…”

Everyone fights for freedom. While the Russians died in the millions to save Stalin’s slave regime, Harper and millions of Americans, it turned out, fought for the freedom of Roosevelt and subsequent administrations to impose even greater restrictions and higher taxes.

The American mainland has never really been seriously threatened by invasion. But every war for freedom has led to less liberty for Americans. Not necessarily immediately or even by consequence — but that has been the drift of things.

No one wants to think that their dead relatives were on a fool’s errand. And it is impossible to know what would have happened had not history unrolled as it did. But there is an element of stupidity in all America’s wars — maybe in all wars.

Reading the histories of World War I, it is not at all clear that some useful purpose was served by sending American troops. “Lafayette, we are here,” announced Pershing on his arrival. But one could almost hearLafayette replying from his grave: “Why?”

The combatants were nearly exhausted when the United States entered the war. Like a fresh flood of money into a tired bull market, American troops turned the tide…forced Germany to accept defeat…and helped create such an awkward peace that another war was almost inevitable.

When that inevitable war began, WWII, it began awkwardly, too. After the British had been routed from Europe and the French had surrendered, the British went on the attack. But they didn’t attack the Germans; they attacked the French! In order to avoid letting the ships fall into German hands, the British fired on the French fleet in Oran, North Africa, and sent 1,200 French sailors to their deaths.

And then there was Korea and Vietnam. In each event, freedom was once again at issue. The soldiers did their duty. They avoided the “why.” But they fought when they were asked…and died when it was required of them. Even in the stupid wars.

Pascal said, “we understand more than we know.” The soldiers must have understood something we will never know. And they can’t tell us.

Your ever more humble correspondent,

Ed. Note: This “DR classique” is one of great benefits of being a Daily Reckoning subscriber. Had your received today’s FREE email edition, you would have been treated — in addition to Bill’s insightful musings — to a serious of real profit opportunities that could help safeguard and grow your wealth in the months and years to come. Don’t miss another chance to discover any of these great investment opportunities. Sign up for The Daily Reckoning, for FREE, right here.