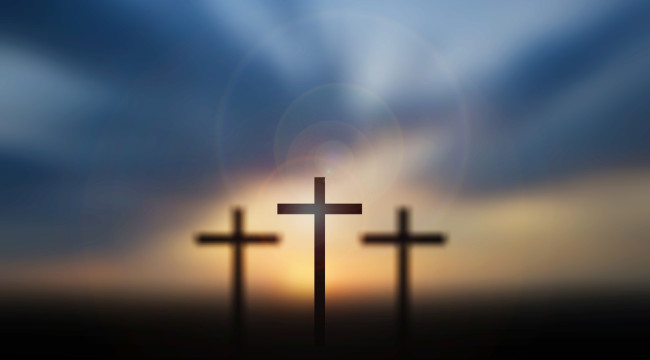 The Whole of Christianity Rests on a Lie?

A middle-aged man – balding, French, with a grumpy look – sat down at a nearby table. Then we heard a screech coming from the front door. A boy, about five years old, was being dragged by his mother toward the table where the man was sitting.

The boy put up some fight, but went along… sat down… fidgeted… occasionally letting out another yelp or whine.

Mother and child looked almost exactly alike… and nothing like the man they joined. Black hair, sharp noses, olive skin, dark eyes – the mother and son reminded us of people we had seen in an illustrated history book.

The woman had an intense, slightly off-putting expression, as though she could pull out a curved knife and slit a throat at any moment. Neither smiling nor frowning, she showed no emotion – not when trying to manage her child or when talking to the man in front of her.

A little later, a girl and her mother came in. The girl was about 15 years old and looked exactly like the man at the table next to us – blond, blue eyes, squarish face.

The mother was about 50 – a little overweight but still attractive. Reddish hair. Glasses. The two groups exchanged pleasantries. Then mother and daughter sat at a nearby table and ordered their meal.

When the first group had finished, the Parthian mother and son got up and left. The man got up too, but before leaving went over to the table where the red-haired woman and daughter were sitting.

For the first time, he smiled…

He and the woman talked about parking tickets and phone bills. He kissed the young girl and then left.

“What was that all about?” we asked Elizabeth.

“Wasn’t it obvious? The man took up with that young, dark-haired woman and had a child with her. Now he regrets it.”

Life is full of regrets. Regrets give you experience. Experience helps you avoid mistakes.

Alas, life is too short. Some mistakes – like suicide bombing and wrecking dad’s car on prom night – you get to make only once.

And what a delight it is to have a wife at our side to explain it to us.

What follows comes from our archives. It is an account of one of our trips together:

Elizabeth has joined me on this trip to London – a business trip!

It is a pleasure to have her with me; we work so well together. What couple ever divided its labor more exquisitely?

I earn; she spends. I write; she reads. I listen; she talks. She is sunny; I rain. I worry about the important things: money, politics, global warming, war. She thinks about the trivial problems of everyday life: what we eat, where we live, how we spend our money, and how the children are getting along.

We make such a perfect team… as though designed to fit together by nature… or God Himself.

Elizabeth chose a play for us last night – God Only Knows, written by a fellow named Whitemore – that promised cultural and intellectual enrichment.

The two couples, relaxing one evening while on vacation in Italy, are interrupted by the arrival of an Englishman… a man on the run.

Who is he? What is he running from? What has he done?

It’s soon revealed that the man, Humphry Biddulph, is a scholar who has been working on some old documents in Rome. Into his hands has come a particularly explosive piece of paper – a letter from a Roman senator, written in 110 A.D.

The letter – the authenticity of which is uncertain – reveals that the senator’s grandfather had participated in what, if true, would have been the biggest con of all time.

He claims the Romans staged the resurrection of Jesus by getting a look-alike to pose as the Nazarene after the crucifixion.

Why would the Romans do such a thing?

Because they found it difficult to keep their subject populations – Jews, Gauls, Britons, Levantines, Arimatheans – under control. (They never got control of the Parthians.)

To a group of people who were the enemy of so many other groups, “love your enemy” had an appealing ring.

And so, according to the senator, the Romans conspired to pull off the greatest scam in history: the phony resurrection for the man who preached turning the other cheek.

And what a spectacular success!

The martyred Jesus was a big hit – bigger than Che Guevara or Abraham Lincoln. Within a few centuries, Constantine the Great made Christianity the religion of the Roman Empire.

Now the sandal was on the other foot: The Roman Catholic Church, to which your editor owes qualified allegiance, began to persecute nonbelievers and suppress contrary opinions on the divinity of Christ.

Man on the Run

“But what does this have to do with you? What are you afraid of?” asks one of the vacationers.

“Ah, glad you asked. I made the nearly fatal mistake,” explained the man on the run, “of revealing the letter to a Roman Catholic priest.”

“Don’t you see?” he continues.

“If the letter is authentic, no resurrection. No resurrection, and the whole of Christianity rests on a lie.”

The owner of the letter died in a mysterious car crash days later. And now, “they” are out to get our hero…

Whitemore spends the second half of the play telling us that Christianity is all a big lie. And that the Roman Catholic Church has been ruthlessly suppressing the truth for 2,000 years.

“Jesus could not have been born when they say he was born,” explains Biddulph.

“And there is no historical evidence for the Massacre of the Innocents. Besides, King Herod the Great was dead four years before Jesus was supposedly born.

“And the virgin birth? Completely made up. The word used in the original testaments meant ‘young woman,’ which was mistranslated into Greek as ‘virgin.’”

“Transubstantiation, the Holy Trinity, celibacy, and papal infallibility – all of it invented by the Roman Catholic Church. And all of it nonsense.”

“Faith,” he continues, spitting out the words, “is just an excuse for cowardice and irresponsibility. People don’t want to face up to the truth.”

If the Truth were so easily faced, blabbing Trotskyites, blustery patriots, and self-assured playwrights could produce reams of it – enough to overwhelm whatever secrets might be hidden in Vatican vaults.

But truth is as hard to confront as it is to suppress. Even in the 21st century truth does not expose herself readily. She hides as easily in a mountain of information as a desert of ignorance.

Even in the Information Age, dear reader, there are questions for which the World Wide Web hath no answers… and problems for which not even Janet Yellen – the best known public servant since Pontius Pilate – hath no solutions.

For every tiny fragment of truth you find, there are some dozen bloody fools who went bankrupt and mad… were crucified by their own hands… and now rant in some particularly sweaty corner of Hell.

The vacationers offer only token resistance. “Religion is useful,” says one. “Without it there would be moral anarchy.”

“I don’t care what you say,” says another. “I still believe.”

What a pity. As for the Truth, God only knows. But it would have been such a better play if the others had put up a good fight.

Catholic scholars and Bible thumpers alike have been debating these points for centuries. Surely they could have given the know-it-all Mr. Whitemore a good thumping. They’re very good at it.

“What that play needs is a good Jesuit,” Elizabeth remarked.