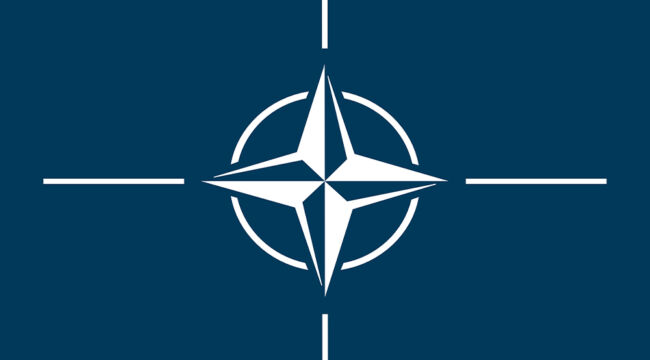 The West’s Most Potent Weapon

As more sanctions are put on Russia by NATO countries, we must look ahead to the economic consequences for the West when Putin responds. What will oil supplies along with severed supply chains look like for global economies when that happens? We will unpack these questions today…

A wave of public support from around the world is encouraging Ukraine in its valiant resistance.

Americans naturally sympathize with Ukrainians. When an army crosses a sovereign border, we support those defending their families and communities in an unnecessary war of aggression. Our prayers go out to all who are suffering.

With that said, you need to protect your portfolio, especially in times like these. Let’s consider a likely financial market scenario that is based on what’s happened in the past week and where things stand as of today.

Leaders of the EU, the U.S. and NATO have unleashed a barrage of economic and banking sanctions. But they’re being naïve if they think cutting off Russia economically won’t have grave economic consequences for the West. Leaders should be forthright with constituents about how much economic damage Putin can inflict when he hits back in the weeks ahead — primarily through weaponizing oil and gas supplies.

More oil and gas supply available at lower prices is the best way to gain negotiating leverage against Putin, a man who is willing to kill civilians as part of his “negotiating” process. This is not the time for the EU or U.S. to double down on a wind-and-solar agenda, because an overdose of wind and solar has decimated German industry in the past few months.

An immediate and dramatic increase in oil and gas exploration would be the most potent weapon to fight back against Putin. Doing so would be far more effective and lasting than banking sanctions, which risk uncertain worldwide financial and economic blowback.

Efforts to crash Russia’s financial system ignore an obvious fact: Payments go one way, goods and services go the other. In the case of Russia, we’re mostly talking about energy and food. Jim Rickards has covered this topic in his Twitter feed, which you should follow for his thoughts.

Stocks to open down big. Who knows where they go from there? That’s not the threat. The danger is in the banking system, interbank loans, eurodollars, repos and other leverage based on Treasury bill collateral. It’s easy to smash Russia. It’s impossible to know what comes next.

[As an aside: I find Twitter to be an enormously valuable tool for researching investments, but discipline is a must. It’s easy to get distracted by noise and miss signals. So much noise is shouted by ignoramuses. With practice, one can do a decent job of filtering signals from noise. Stick to subject matter experts, and elders who have vastly more life experience, and you’ll be well served.]

This can extend to Europe too, which has neglected to invest in the oil and gas that’s still offshore in the North Sea. Norway has done a decent job investing, but the British and Dutch have gone “all in” on wind, leaving untapped oil and gas in their sectors of the North Sea.

Western oil companies have not invested enough in drilling projects to offset potential supply reductions from Russia. Banks, oil-trading firms and refineries are balking at importing Russian oil. That means prices could keep rising until demand is destroyed. For oil demand to fall enough to match the sharp drop in available supply, higher prices are required.

Jim and I have spent the past week reading and communicating about what’s unfolding in Ukraine, and its implications for financial markets.

We are thinking about the implications for inflation if many links in the global supply chain for commodities get severed and rerouted. Creating new links would take time and will be costly.

Building more U.S. LNG export capacity would be very costly. It was barely feasible when steel prices were a fraction of today’s prices. Now? The fully loaded cost of gas liquefication would have to rise significantly to finance what would be much higher plant construction costs.

What about energy transportation? Oil tankers may have to steam for many more miles if refineries around the world can no longer accept Russian crude. Refineries may have to invest to handle a change in crude types. Pipelines networks would have to be reimagined.

All this is just the beginning of what it would take to transition to a less efficient, more duplicative, more multipolar global commodities trading system.

What if Russia becomes a pariah state like Iran or Venezuela and must sell its commodities on the black market to autocrat-tolerant buyers like China? It’s an open secret that China imports lots of Iranian oil on the black market even though Iran is under harsh international sanctions.

My point is this: If delicate, densely interconnected trade and payment links around the globe get rearranged, it’s going to be very costly. There’s no sugarcoating it. Duplicating supply chains would take a decade or more, raise marginal production costs and lower standards of living (mostly through inflation).

The good news is economies would be more resilient and less fragile after a long rebuilding and reshoring process. The bad news is that it’s going to take a long time and for many it will be a painful process.

Also, we need to be realistic about how much more economic activity may be directed by wasteful government budgets. “We need more subsidies! Price controls! Loan guarantees! And more!” say the control freaks who all too often rise to the top in politics.

If only it were that easy. Unfortunately, it’s not.