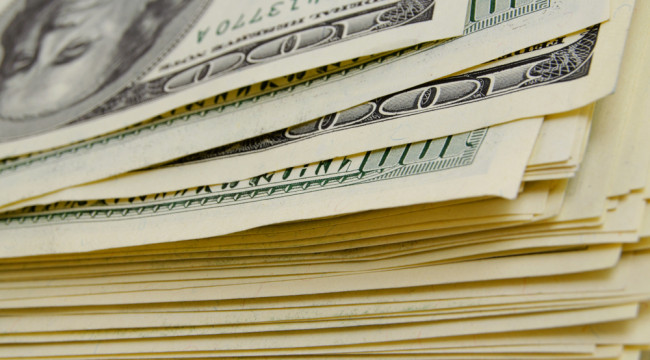 The War on Cash Is Already Lost

We got a flurry of new frontline reports from the war on cash yesterday, after a reader told us his account was shut down — perhaps because his wife used it once too often to send money to family in China. “Suspicious transactions,” you know…

“I was at one of the ‘Big Bad Wolf’ banks,” reads one of these emails, “to deposit some money into my son’s account.

“I used to deposit cash into my son’s accounts for living expenses in college. The bank said that’s no longer allowed. When I asked why not, they said to prevent money laundering. Mind you, I had made the same deposit consistently every month for two years.

“But the most recent experience blew my mind. I was paying my credit balance at this bank with cash in an amount less than $600. The bank clerk asked to see my ID. I asked why does he need my ID when I am only making a payment with a statement in my hand?

“I was told that when making payment in cash, they need to see an ID.

“Has anybody else experienced such mind-boggling lunacy?”

We’ll share more reader emails later. For now, we want to draw upon this reader’s experience to illustrate a critical point…

Yes, there’s the maddening surveillance-state aspect of it all. But there’s also the inconvenience aspect — which might be an even more effective tool in the war on cash.

How many more times will our reader put up with the ID harassment before simply doing an electronic transfer to pay the bill?

Even without the ID harassment, it’s just easier to transact without cash, right? Pull out a credit or debit card. Heck, just swipe your smartphone!

“We are witnessing an accelerated move toward digital currencies, or the so-called cashless society,” Jim Rickards writes in his latest book, The New Case for Gold.

“Eliminating cash also makes it easier to force bail-ins, confiscations and account freezes,” Jim writes. “To lock down depositors’ money, it is helpful to herd everybody into one of a small number of megabanks (Citi, Wells Fargo, Chase, Bank of America) that take orders from the U.S. government. Then the stage is set.”

The template for the war on cash was created a century ago — with a war on gold, waged however subtly.

After all, it’s not as if G-men were going house to house in 1933 carrying out FDR’s gold-confiscation order. People had already voluntarily surrendered their gold during the early decades of the 20th century.

And just as with the war on cash today, Americans were lured down the garden path with the promise of convenience. Why lug around those $5, $10 and $20 gold coins when you had those handy paper “gold certificates”?

“Ironically,” Jim writes, “the solution to the war on cash is to go back to gold, because gold is now legal again.”

Heck, it’s been legal for 42 years now — longer than it was banned!

“The war on cash is mostly over, and the government won,” Jim goes on. “But it’s not too late to get some gold, which maintains its worth as a physical store of wealth and is not affected by the digitization of other forms of money.”

Amazon will charge $16.66 for The New Case for Gold when it’s published on April 5. But if you order through us, you get it free, as long as you can cover a $4.95 shipping-and-handling charge. Your book will be signed by Jim and contain a bonus chapter exclusively for Agora Financial readers.

You’ll also get a no-obligation trial of Rickards’ Strategic Intelligence… and access to an exclusive online briefing on April 5, in which Jim will reveal new information from a well-connected contact about a catalyst that could drive the gold price sharply higher, and soon.

It’s an unbeatable combination, and it’s available nowhere else. Claim your signed hardback copy of The New Case for Gold right here.