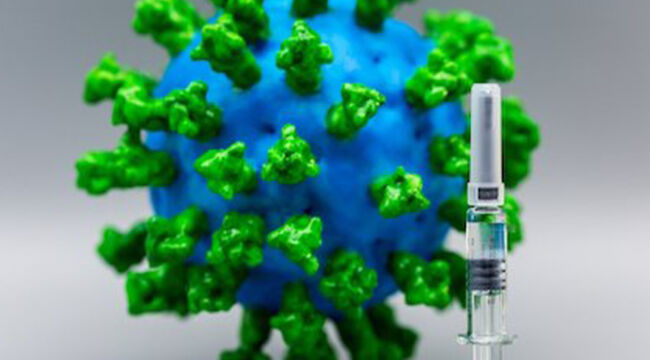 Is the world on the brink of a fourth wave of increasing coronavirus infections and deaths?

Based on the latest data, that’s a possibility that cannot be ruled out right now. Here’s why…

After the virus broke out in Wuhan, China, it spread rapidly to Milan, Italy, where a new strain called the Italian Strain became much more contagious. The Italian Strain spread through Europe and then to New York and surrounding states. This was the first wave that lasted through March and April 2020.

There was a reduction of new caseloads in May and June before a second wave began in July. The second wave receded in September and leveled off in October 2020. The third wave exploded in November 2020 and peaked on January 8, 2021.

At its worst, the third wave showed an increase in daily cases that was nine times the first wave and daily fatalities that were double the first wave. Since January 8, both the caseload and fatalities have trailed off sharply.

The combination of declining caseloads, expanding vaccinations and simple herd immunity has given many people hope that the spread of the virus can be contained, if not completely eliminated, by this summer and that life can begin to get back to something like normal.

However, there’s no assurance of that. There are concerns that a new fourth wave may be emerging. There are many reasons this could be the case.

Even as vaccine programs expand, the virus continues to mutate in ways designed to decrease the efficacy of the vaccine, something called “mutation escape.”

At the same time, many individuals are not taking the vaccines because they are concerned that the vaccine’s experimental genetic modification therapy could have possible, unforeseen side effects (see below). And, some regions do not have ready access to the vaccines, regardless of their efficacy.

It would be great to finally put the pandemic behind us, but it may be too soon to declare victory. Each wave lasts about eight weeks, so if a new wave emerges now, it may result in increased caseloads and fatalities at least until June.

Let’s hope the fears of a fourth wave are a false alarm. Still, investors need to keep an eye on this possibility before sounding the all clear.

Many economists are projecting a strong rebound as more Americans are vaccinated against COVID-19. But the vaccines themselves raise some potentially serious problems…

A recent article in The Hill argues, “… the barriers to a return to normal remain in the form of vaccine hesitancy, as millions voice skepticism over shots that have shown no serious medical consequences.”

Well, it’s not entirely true that these vaccines have shown no serious medical consequences.

A few people have died, and others have developed severe side effects immediately after receiving the Astra Zeneca COVID-19 vaccine (which isn’t being used in the U.S). As a result, Austria has suspended the use of the AstraZeneca vaccine while investigations are underway.

To be clear, side effects and even death are not unusual among those receiving vaccines. Most people don’t have serious problems, but no approach is 100% perfect. Pharmaceutical companies and clinicians try to minimize such events in the development and testing of vaccines.

Public health policy is based on balancing potential harm from the vaccine against the benefits of the vaccine in terms of lives saved. This information should be provided to patients so they can make an informed consent.

The risks may be low, but they do exist and a small number of people may experience serious side effects or even death.

But, here’s what’s not widely known (and is available from drug manufacturers’ own clinical tests of the vaccines)…

First, these so-called vaccines are not really vaccines in the widely understood sense.

A traditional vaccine involves an injection either with a weakened form of the virus you are protecting against or a similar virus. Either one can produce antibodies that remain in the system and fight the actual disease if you get it.

These new vaccines are entirely different.

I don’t want to get too deep into the weeds here, but these treatments use experimental genetic modification to inject you with mRNA, which is a partial strand of genetic code.

The spike protein remains with you indefinitely. In effect, you have modified your own genetic make-up to fight COVID without actually gaining immunity and without reducing transmissibility.

According to the U.S. Centers for Disease Control and Prevention, if you’re immune to a disease, “you can be exposed to it without becoming infected.”

But these vaccines do not prevent you from being infected or spreading it to others. Some have likened them to chemotherapy for a cancer you don’t have.

Vaccines of this type with respect to viruses are entirely new in humans. Studies have not gone on long enough to evaluate long-term side effects. These drugs are not FDA approved; they are being distributed under an emergency waiver to avoid the normal approval process. It’s almost like we’re being used as guinea pigs.

It is likely that most people receiving the drugs are unaware of these important differences between the new drugs and traditional vaccines, which raises questions about whether their “consent” is fully informed.

There could be very good reasons for vulnerable individuals to take these drugs, but they should not be mistaken for the kind of smallpox, polio and flu vaccinations with which we are familiar.

As far as vaccines go, mRNA genetic therapy is a brave new world — one that is not well understood.