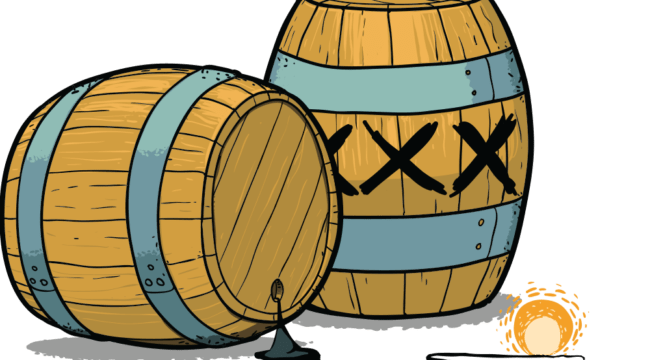 Last night I did my usual grocery run. I don’t shop at stores with philosophies. I go for el cheapo places that don’t have olive bars and don’t play Schubert on the intercom. I just want the stuff I need at the lowest possible prices. Even I was stunned at the 40% increase in my usual bill. I thought I was buying in a minimalist way.

Later I looked more carefully at what went wrong. I bought beef and bacon. Beef price increases are now at double-digit rates, and bacon is even higher. You are paying much more per pound than one year ago. Pork and chicken are less, but that could change.

Turkeys are in short supply for Thanksgiving. It will be the most expensive Thanksgiving meal in our lifetimes.

Stores don’t tag groceries based on the percentage increases in prices. Those you have to remember from last week and last month. Indeed, stores have every reason to disguise this. Manufacturers too, which is why packaging these days is holding ever less product. This is called “shrinkflation.” It is an epidemic right now, as manufacturers are struggling to survive huge increases in their own costs.

Biggest Inflation Spike in Over 30 Years

The Consumer Price Index came out this week. It revealed that consumer prices soared 6.2% in October, the biggest inflation spike in over 30 years. And it’s probably even worse than the official figures show.

Meanwhile, the Producer Price Index revealed that the year-over-year change in the index for construction materials is up almost 20%.

Now let’s look at gasoline. You experience it daily, the high prices at the pump. Last year at this time, the average price per gallon was $1.81. Now it is $3.40. It is also rising as demand intensifies and supply faces restrictions.

Most important here are the monetary effects, as all the money that the Fed sloshed up in the last 20 months reduces its value or what it can buy. This inflation will never hit all products and all sectors evenly. It moves from sector to sector. These days the toxin is moving so fast and in so many directions it makes one’s head spin.

We keep hoping each month to get good news. Perhaps the Fed will prove correct that inflation is only transitory. Sadly, that is not likely. They have been way off in their predictions. The Producer Price Index is the one to watch because these price increases get passed on to consumer prices as inventory is depleted.

Clothing is a case in point. We are already facing high prices and shortages on the shelves. This is driving people to the thrift stores. The major headlines are starting to show this. Thrift store prices too are on the increase, as I predicted last month.

The percent change in the producer prices that go into making polyester clothing is now up 23.6%.

Even if monetary policy is fixed, even if supply chains are repaired, even if the clogs at the dock are unclogged, it will be months before this figures into consumer prices. Sadly, there is almost no chance that any of these good changes happen, meaning that these higher and higher prices are here to stay.

As I’ve mentioned before, there is something about American political culture that is especially averse to inflation. People frankly hate it, especially since we’ve lived 40-plus years without consumer inflation being a particularly pressing problem. Now looking at price trends creates shock and even hatred. It is hitting the Biden administration particularly hard.

A USA Today poll shows that Biden’s approval has sunk to 38%. The trend line here is truly devastating. We can speculate why. Inflation plays a role. But also the vaccine mandate seems to have hit the Biden approval rating very hard.

In the coming month, millions of jobs could be affected by this. The protests are growing in every city, and the people protesting are union members, city employees and even tech workers. They are furious that government would presume the right to tell people what medicines they must inject into their bodies.

Some of the protesters are themselves vaccinated against their will. They are bitter and angry about it. The news of adverse outcomes from vaccination is leaking out through family networks and alternative news venues, though it continues to be suppressed by the media. So this mandate is now being seen as a direct threat to individual health.

That’s something that will inspire people to take to the streets.

The 5th Circuit Court of Appeals has issued a stay against OSHA’s mandate on businesses. The Biden administration attempted a response, but the result was lame. It just said that it stands by the mandate on health grounds, period. Perhaps this won’t surprise you, but the president himself instructed businesses to go ahead and proceed, essentially advocating that they ignore the court ruling.

In other words, the Biden administration has gone completely lawless, not just ignoring the U.S. Constitution but also advocating that businesses ignore the courts. That’s dangerously close to announcing that we now live with dictatorship.

It’s no wonder that even Sen. Ted Cruz of Texas is talking about secession from the union. If he is saying this, I truly cannot imagine the kind of anger there is among the citizens.

If you wanted to live in exciting times, you chose a great time to be alive. The conditions are ripe not only for continuing electoral bloodbaths but more street protests, explosive town halls, hate-filled school board meetings and much worse. A more divisive and destructive policy is hard to imagine.

Sadly, these policies are dividing friends and family. Some people with vaccinations don’t see the big deal here. Just get the jab, they say, and then you can be free. Others find this idea to be outrageous, an immoral acquiescence to power that can only lead to even worse outcomes.

I just watched several hours of testimony from big shots at the NIH and the CDC. It might as well have been a paid advertisement from Moderna and Pfizer. Nearly every word out of the bureaucrats’ mouths was structured to push the vaccines that most everyone knows by now have failed to live up to their promise.

Indeed, if they were as good and safe as they say, government would not need to mandate them. The mandates, ironically, undermine public confidence. It’s hard to imagine that public confidence in everything could fall further, but it will.

To top it off, making all the above much worse, the vaccination is now coming for the kids.

Mandates will surely follow. You want revolution in this country? This is a good way to foment one. The current regime has another year of unchecked power. It seems unfathomable. So far, they have not been deterred by anything, not the courts, not public opinion, not even sinking election prospects.

The U.S. has become a powder keg.