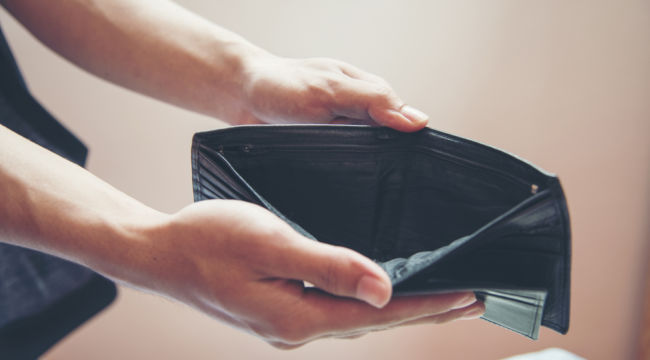 The Truth About Poverty

The tail is now where the head was generations ago, said 19th-century British historian Thomas Macaulay.

Today, the “tail” of American society wallows in an opulence once reserved for its “head.”

The poorest Americans today live a better life than all but the richest persons 100 years ago.

Before air conditioning, for example, even the industrial titan hemorrhaged sweat from his overheated dome on sweltering summer days.

Automobile ownership set the rich man apart through the 1930s. It did not spread to the middling classes until the 1950s.

Television was once a luxury, a luxury consisting of half-decipherable images delivered in five channels.

Nearly all of today’s poor own a television — and 40% own TVs with wide plasma screens.

Some two-thirds are dizzied by endless viewing options beamed in by cable or satellite.

Half the poor own a personal computer — offering today’s poor a “wealth” of information that would stagger yesterday’s rich.

Meantime, obesity was once a mark of wealth. Today it is largely a mark of poverty.

Yes, the tail is now where the head once was.

But returning to Macaulay, “the head and tail keep their distance.”

Material progress advances on a hundred fronts. But society does not grade poverty on an absolute scale.

They soar on easy wings of leisure… rocket from one good time to the next… have life by the collar.

All this the poor man sees. His imagination doubles and triples what his eyes take in.

Envy has a rich imagination.

Ironically, he may watch the rich living it up on a 50-inch plasma television screen while luxuriating in air-conditioned comfort and munching microwaved dishes.

The tail has caught up with the head… but it brings the tail no comfort.

But it is not only the poor “tail” who fixates on the “head” far beyond it.

Man is a creature eternally grasping.

His eye is forever glued to the next rung of the ladder… the prettier plum just out of reach… the greener grass on the other side of the fence.

A poor man may tell himself he’d settle for the middle class. But once he finds himself lodged therein, discontentment soon bubbles within him.

He sets his cap for the upper class.

If by grace he attains it, he at once takes notice of the floor above him. And he begins another merry chase up the ladder. There is always another.

We, of course, are no exception.

And you can bet we’ve got our sights on a thing or three beyond our grasp.

Besides, it is this ceaseless striving that accounts for all material progress.

But maybe, just maybe, on some distant tomorrow… a fellow can learn to find ease in his own inn, however modest, wherever he finds it.

It seems he will find it in no other…