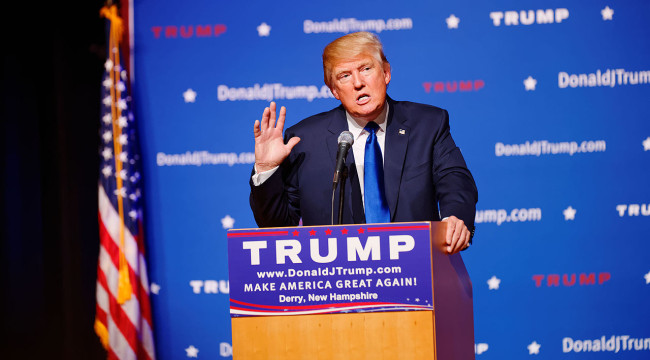 The Truth About Politics

The very first votes of the 2016 presidential election season were cast this week in the Iowa caucuses. This is supposed to fill us with happy thoughts about self-government, civic virtue, rational deliberation, and about politics as the way the people’s will is put into effect.

But to the contrary, we should spurn what the establishment would have us celebrate. Politics operates according to principles that would horrify us if we observed them in our private lives, and that would get us arrested if we tried to live by them. The state can steal and call it taxation, kidnap and call it conscription, kill and call it war.

And yet we are taught to fear capitalism, of all things.

But what, after all, are capitalism and the free market? They are nothing more than the sum total of voluntary exchanges in society.

When we engage in a voluntary exchange — when I buy apples for $5, or when you hire someone for $25 per hour — both sides are better off than they would have been in the absence of the exchange.

We can’t say the same for our interactions with the state, since we pay the state under threat of violence. The state sure winds up better off, though. That’s for sure.

Business firms that increase their profits thanks to some new innovation cannot rest on their laurels. Other firms will adopt the innovation themselves, and those abnormally high profits will dissipate. The original firm must continue to press forward, striving to devise still newer ways to please their fellow men.

The state operates under no such conditions. It can remain as backward as it likes. Other firms are typically prohibited from competing with it.

The state’s priorities arbitrarily override your own. Ethanol “is important for the farmers,” one candidate says. So because the state has decided some interest group’s foolish and economically nonsensical pet project is “important,” what you yourself would have preferred to do with your money is simply set aside and ignored, and you are forced to subsidize what the state seeks to privilege.

Our schools and media portray corporations as sinister, and government as benign. But who wouldn’t rather take a sales call from Norwegian Cruise Line than an audit demand from the Internal Revenue Service?

Or imagine if a corporation fabricated a web of untruths, used them as a pretext to launch a violent attack on a people that had never caused Americans any harm, and brought about as many as a million deaths and millions more internal and external refugees. That corporation would be broken up and never heard from again. It would be denounced ceaselessly until the end of time.

Now all those things did happen, but they were carried out by the state. And as we all know, there have been no repercussions for anyone. No one has been punished. In fact, the perpetrators earn six-figure speaking fees. The whole thing is shrugged off as at worst an honest mistake. Some people are still outraged about it, but even they seem to take for granted that there’s really nothing that can be done about behavior like this on the part of the American regime.

Imagine there were a corporation that was somehow so entrenched that despite being responsible for a staggering death toll, it evaded all responsibility and simply carried on as before. The outrage would be deafening and overwhelming.

But so relentless has been the propaganda, ever since all of us were children, about the state’s benign nature that many people simply cannot bring themselves to think as badly about the state as they have been taught to think about corporations — even though the crimes of the state put to shame all the misdeeds of all existing corporations put together. Meanwhile, opponents of the state are routinely portrayed as incorrigible misanthropes, when in fact, in light of the state’s true nature, we are mankind’s greatest advocates.

The market brings people together. People of divergent and sometimes antagonistic racial, religious, and philosophical backgrounds are happy to trade with one another. Beyond that, the international division of labor as it exists today is the greatest and most extraordinary example of human cooperation in the history of the world. Countless firms produce countless intermediate goods that eventually combine to become finished consumer products. And the entire structure of production, in all its complexity, is aimed at satisfying consumer preferences as effectively as possible.

The state, on the other hand, pits us against each other. If one of us wins a state favor, it comes at the expense of everyone else. For one group to be benefited, another must first be expropriated. At one time or another the state has pitted the old against the young, blacks against whites, the poor against the rich, the industrialists against agriculture, women against men.

Meanwhile, all the anti-social effort devoted to extracting favors from the state is effort that is not available to produce goods and services and increase the general prosperity.

The market is about anticipating the needs of our fellow men and exerting ourselves to meet those needs in the most cost-effective manner — in other words, by wasting the fewest possible resources, and making what we offer as affordable as we can for those we serve.

Ah, but we need the state, virtually everyone tells us. Whether it’s “monopoly,” or drugs, the bad guys overseas, or the scores of other bogeymen the state uses to justify itself, we’re constantly being reminded of why the state is supposed to be indispensable. To be sure, these and other rationales for the state sound plausible enough, which is why the state and its apologists use them. But the first halting steps toward intellectual liberation come when someone considers the possibility that the truth about these things might be different from what he hears on TV, or learned in school.

The small minority of people who administer the state with funds expropriated by the productive private sector need to justify this situation, lest the public become restless or entertain subversive ideas about the real relationship between the state and themselves. And this is where the state’s various platitudes about the people governing themselves, or taxation being voluntary, or government employees being the servants of the people, enter the picture.

Think for a moment just about this last claim: that government employees are our servants. These people staff an institution that decides how much of our income and wealth to expropriate in order to fund itself. They will imprison us if we do not pay. And we are to believe that these people are our servants?

For those not gullible enough to fall for such a transparent canard, the rationales become mildly more sophisticated. All right, all right, the state may say, it’s not quite right to say that the people govern themselves. But, they hasten to add, we can offer the next best thing: the people will be represented by individuals chosen from among them.

None of this bears any resemblance to political representation. Here, a so-called representative is chosen by some people but actively opposed by others. Yet he is said to “represent” all of them. But how can this be, when he can’t possibly know them all, and even if he did, he’d discover they have mutually exclusive views and priorities?

Even if we focus entirely on those people who did vote for the representative, is their vote supposed to imply consent to his every decision? Some of them may have voted for him not for his positions or merits, but simply because he was less bad than the alternative. Others may have chosen him for one or two of his stances, but may be indifferent or hostile on everything else. How can even these people — who actually voted for the representative — seriously be said to be “represented” by him?

But the idea of political representation, while meaningless, is not without its usefulness to the modern state. It helps to conceal the brute fact that, despite all the talk about “popular rule” and “governing ourselves,” even the “free societies” of the West amount to some people ruling, and others being ruled.

When the results are announced this primary season amid cheers and celebration, then, remember what it all represents: the triumph of compulsion over cooperation, coercion over freedom, and propaganda over truth. The civics textbooks may write with breathless awe about the American political system, but this is by far the worst thing about the US. Rather than celebrate the anti-social world of politics, let us raise a glass to the anti-politics of the free market, which has yielded more wealth and prosperity through peace and cooperation than the state and its politicians could with all the coercion in the world.

Lew Rockwell
for the Mises Institute

Lew Rockwell, former congressional chief of staff to Ron Paul and founder and president of the Ludwig von Mises Institute, is an opponent of the state, its wars and its socialism. He is the editor of The Irrepressible Rothbard , Speaking of Liberty , Man, Economy, and Liberty: Essays in Honor of Murray N. Rothbardand and LewRockwell.com.