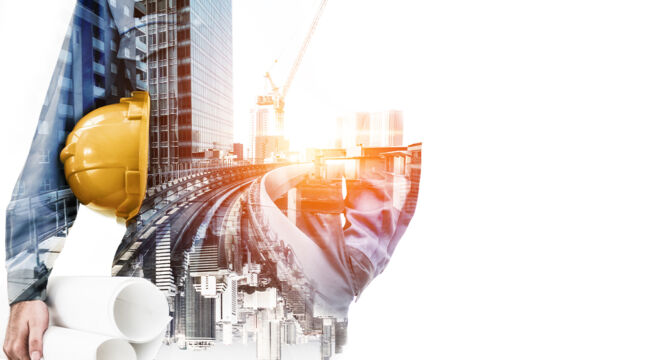 The Senate voted Friday to move forward with a bipartisan infrastructure bill, as Majority Leader Chuck Schumer pushes to pass it as soon as next week… The measure would put $550 billion in new funds into transportation, power, water and broadband. While negotiators have outlined how much money would go into everything from roads to railways and electric vehicle charging stations, senators have not released final legislation.

We can merely speculate about what pretty plums “negotiators” will jam into the crevices. But of this we are confident:

Parsnips will be buttered, palms will be greased, backs will be scratched, arms will be twisted… and taxpayers will be railroaded.

It need not be mentioned — we will mention it regardless — the United States government lacks the wherewithal to upgrade the nation’s infrastructure.

The United States Department of Treasury shovels more money out the back door than it hauls in through the front.

The government must therefore hold out an empty hat… go upon the borrow… and plunge the nation deeper and deeper into the red sea of debt.

When Expenses Pass as Investments

The creaking bridge is a disaster-to-be. The pothole is a menace. The broken water main is a migraine.

Examples multiply and multiply. And yet:

In bountiful times these screaming needs are taken for what they are. They are seen in their true aspect — as expenses.

They may be necessary expenses. They are expenses nonetheless. With certain exceptions, they are not investments.

They have already paid their dividends.

You may repair them. But you cannot recreate them.

Imagine a time of budgetary surplus — if you can conceive it. What would our leaders argue?

They would argue this:

The nation can afford the maintenance. It will come from the overflowing Treasury.

It is only when we cannot afford the maintenance… when the national strongbox is empty… that it goes under the banner of “investments.”

In the 1990s, Japan undertook many similar “investments” to lift it from its economic wallows.

Infrastructure projects mushroomed nationwide. North to south, all points between, they caked the Japanese islands in concrete.

What were the results? A “lost decade” — lost decades, rather.

The Japanese economy has scarcely budged an inch. The Bank of Japan is still hard at the business of “stimulating” the economy.

As economist Edward Glaeser has noted: “Japan is less, not more, dynamic after its infrastructure bonanza.”

Why should the United States differ from Japan?

Boosters yell a lot about the “multiplier” effect infrastructure spending would fan into existence.

Spend $1 and you will reap $1.50, they croon. They take the New Deal and its public works as their example.

But we would invite them to sit down with the evidence…

The fabled multiplier turned in a multiple of one. That is, each $1 of New Deal public-works yielded $1 of income.

By certain estimates, the multiplier practiced subtraction. Each $1 may have yielded 80 cents.

The miracle of water into wine.

Yet the heavy weight of evidence indicates a multiplier of one — water into water.

Now come forward. Can today’s United States repair its infrastructure at fair cost? Once again, the evidence runs the other way. Consider, for example, road construction…

The Rocketing Costs of Road Construction

One George Washington University economist, a certain Leah Brooks, pored through the data. She arrived at this conclusion:

From the early 1960s through the 1980s, the cost to construct one mile of highway multiplied three times.

We therefore deduce that costs have multiplied eight times between the early 1960s and 2008.

Our minions have failed to produce the data 2008-2021. But we hazard costs have taken another run through the multiplication tables.

What about rail transit? Do greater efficiencies obtain? No, says Vox — not by foreign measurements at least:

Meantime, Mr. Biden would infest the nation with charging stations for electric vehicles — some 500,000 of them.

Yet as the Competitive Enterprise Institute notes:

When entrepreneurial battery research makes range anxiety less of an issue, the layout of such stations will become obsolete (much like the C&O Canal).

What will become of the surplus? What worthwhile enterprises will go unfunded because dear resources went flushing down drains?

But proper infrastructure will be an environmental blessing, many argue. Solar energy — for example — will shrink the carbon footprint.

Yet China runs a near corner on solar panel production. They manufacture them largely in factories that burn coal.

Does the world spit up less carbon… by spitting up more carbon?

We confess it at once — the logic eludes us to a very great extent.

But many business interests are getting greened…

“A Giant Handout to Corporations”

Biden’s plan is mostly a giant handout to corporations that are already heavily investing in infrastructure. It’s also a gift to unions, most of which will do nothing to encourage the type of activities the president claims to support, and they’ll make the cost of producing infrastructure more expensive, so we’ll probably see less of it.

That is what you can expect from the Infrastructure Investment and Jobs Act… alas… and whatever enormity follows after.