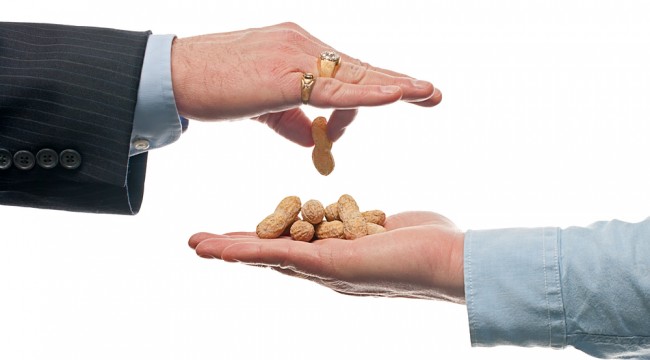 The Trouble With The U.S.’s Return to “Prosperity”

The official unemployment rate (called U-3 in government parlance) has been declining, hovering around 7.6% at present. Structural unemployment (U-6), however, was a staggering 14.3% in June, a high last seen in February and only a fraction of a percent below what it was most of last year.

As Zero Hedge speculated today, the shift in job growth may be due to the implementation of a certain controversial government program. “Obamacare Strikes,” reads the headline on their post about the most recent BLS data.

“It is hard to avoid the conclusion that it is related to Obamacare” says Jennifer Rubin at The Washington Post. Rising health care cost burdens on employers have led them to shift to a part-time workforce to avoid paying for full-time workers. The situation may even be worse than the BLS data suggest. ShadowStats.com, which uses a method of calculating unemployment that includes long-term discouraged workers, believes the real U-6 number to be over 23%.

Government stats are, of course, open to interpretation. The official unemployment rate fell to its current level back in April, leaving our own Chris Mayer skeptical. “It fell because half a million Americans left the job market,” he said at the time, pointing out the labor force participation rate had continued its dramatic decline, despite the allegedly positive jobs news.

Since Obamacare will remain more theory than reality until next year, we may see this trend get worse. Naturally, this fact doesn’t faze our friends over at the Fed, whose easing policy is tied to U-3, not U-6. The big question is: When the easy money stops, will the growing part-time workforce be able to sustain economic growth?

P.S. Get more up-to-date analysis of what goes on behind the headlines by subscribing to The Daily Reckoning for free. Click here.

Could Being Over 50 Get You Fired?!

If you’re under the impression age discrimination is on the decline, think again. Over the last two decades, age discrimination has only been getting worse, not better. Something you need to watch out for are the sneaky ways employers will try to push you out the door