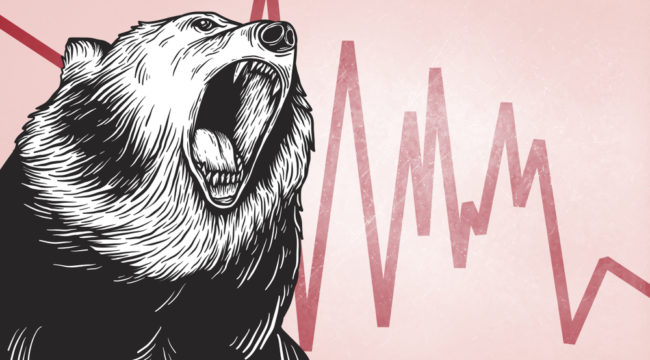 The Trouble With Being a Bear

The frustrating thing about bears is that they make so much sense.

They heave forth every reason why stocks must collapse — all sound as a nut, all solid as oak.

Chapter, verse and letter, they’ll explain how the stock market is a classic bubble.

And how it has been inflated to preposterous dimensions by cheap credit.

P/E ratios haven’t been so high since the eve of the Crash of ’29, they’ll insist.

Market volatility has returned in 2018 — and history shows trouble is ahead, they’ll warn.

Or that today’s sub-4% unemployment is a level historically attained only at peaks of business cycles.

And that recession invariably follows.

But despite their watertight logic and all the angels and saints…

The bears have been damnably, comedically, infamously… wrong.

Since 2009, the Dow Jones has continually thumbed its mocking nose at them…

Each point supposedly marked high tide — and each time the water rose.

We hesitate to name names… but our old colleague David Stockman is an example brilliantly in point.

David’s been wailing wolf for years now, ever announcing the immediate collapse of “bubble finance.”

His alarms freeze our blood… and raise our hair.

Do we read David because we enjoy tales that freeze the blood and raise the hair?

No — although admittedly, we do enjoy these things.

And for the same reasons people attend horror pictures… or ride in roller coasters.

But we read David’s writing because it has cold hard logic in it.

His grim forecasts have mostly been… off.

David is by no means alone, of course.

He explodes with facts and convincing reasons why collapse is around the next bend — or at least around the following bend.

Some 15,000 points later, are stocks still overbought, overvalued and overbullish?

A fellow could argue the case.

And he would have missed a bull market for all time.

To be clear… it is not our purpose to bring anyone into ridicule.

Nor do we do exempt ourselves from razzing…

After Trump was elected in 2016, we cited evidence — clad in iron — that he faced a 100% chance of recession within his first year of office.

Because every single president who has followed a two-term president suffered this fate.

Since 1910, the U.S. economy is either in recession or enters a recession within 12 months in every single instance at the end of a two-term presidency… effecting a 100% chance of recession for the new president…

Over 12 months have lapsed since Trump took up in the White House.

No recession befell him… breaking 107 years of presidential tradition.

The crow we had to munch was a dreadful dose.

But these past years have been enough to throw anybody off.

Due to central banks, markets well and truly wander in terra incognita.

Our co-founder Bill Bonner has also been deeply suspicious of this bull market.

But he has begun to question his own judgment of late.

Has the Fed figured it out?

We’re finished. We’re done. This is not a world we know. Up is down. Down is up. Time goes backward. Suckers are given better-than-even odds. And fools are reunited with their money.

If so… we will recant, insincerely, and slip off our little stage like a drop of rain off a windshield.

We don’t think Mr. Bonner expects he’ll have to recant… or slip off the stage like rain off a windshield.

Nor do we believe the bears will be forever laughed off.

All things good must end… including bull markets.

One day, however distant, there will likely be hell to pay…