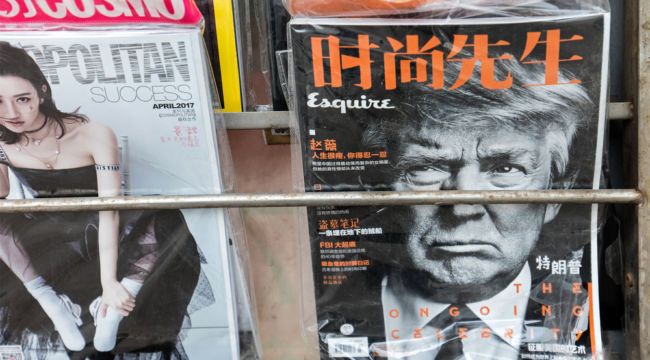 “I will not be the one to break the peace we have made here today.”

With those words, the Godfather, Don Corleone, played by Marlon Brando, ended the war among the five mafia families in New York. This peace was hammered out at a dinner among the heads of the five families.

This weekend the eyes of the world were on Buenos Aires, where President Trump, China’s President Xi Jinping and some top aides had a private dinner to discuss the current China-U.S. trade war. When I saw the photos of the dinner on Sunday morning, my mind flashed back to the dinner scene from The Godfather. 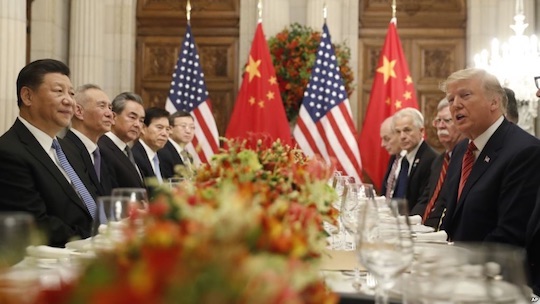 In the movie version, no one in the room trusted anyone else. But all of the participants deemed it in their best interests to make a peace treaty so they could return to their illegal businesses without the disruption of hit men, police investigations and vengeance. There would be time for that later. In the short run, it was time to normalize the situation.

The same dynamic prevailed in Buenos Aires. All of the key parties were at the table. Trump’s team included Mike Pompeo (secretary of state), John Bolton (national security adviser), Robert Lighthizer (U.S. trade representative) and Steven Mnuchin (secretary of the Treasury) among others. The Chinese team was led by President Xi Jinping and included the top figures in Chinese trade and finance.

No one trusted anyone from the other side. Trump knows the Chinese have lied about their good intentions on trade for decades. Likewise, the Chinese know that the U.S. does as much hacking and surveillance aimed at the Chinese as they do to us.

Fans of The Godfather know that the “peace” arrived at in the dinner scene did not last long. In due course, Michael Corleone takes over the Corleone family. When Don Corleone dies, Michael plots his revenge on the rival families. In the climactic scenes, all of Michael’s top rivals are assassinated. This results in peace being restored because there is no one left to oppose Michael and his power is dominant.

The same is true in the trade wars. What happened in Buenos Aires is like a truce or a timeout, but the war itself is not over.

For his part, Trump agreed to delay imposing new tariffs on China after Jan. 1, 2019. Specifically, increased tariffs (from 10% to 25%) on $200 billion of Chinese imports will not go into effect. For his side, Xi agreed to buy a “very substantial” amount of increased U.S. exports from the agricultural, industrial and mining sectors of the U.S. economy. Meanwhile, both sides agreed to new negotiations on forced technology transfers, financial cyberattacks and theft of intellectual property.

This agreement has a 90-day life. If substantive progress is made, the concessions may be extended along with new structural agreements that reflect progress on the issues to be negotiated.

If the negotiations are a failure, then the U.S. tariffs will be imposed and China will presumably resume its bad behavior in the intellectual property and cyberattack arenas (if they ever stop it in the first place).

Based on past behavior, the prospects for an end to the trade war are not good. While this pause may benefit both sides for political reasons, none of the underlying issues have been resolved and the likelihood of resolution is still low.

The Chinese are infamous for playing for time. They offer some happy talk and vague promises, and negotiating partners such as the U.S. accept the offer in the hope that “this time it’s different.” It never is.

The Chinese did not offer to buy a specific quantity or specified amount of goods from the U.S. They agreed to opaque phrases such as “very substantial.” (How much is that, exactly?) The Chinese also offered to address “legitimate” U.S. concerns about theft of intellectual property. What if the Chinese don’t consider our concerns to be “legitimate”? 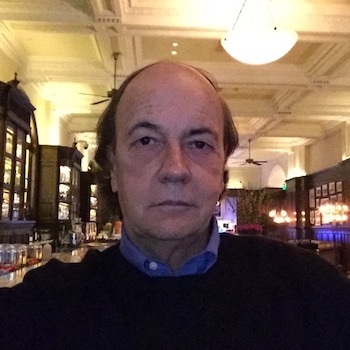 Your correspondent relaxing in the famous Long Bar on the Bund in Shanghai, China. In the Long Bar’s heyday, the most powerful members (called “tai-pans”) sat closest to the front windows, while less prestigious bankers and politicians sat in the middle section. The newest members of the club (called “griffins”) sat at the far end. I have visited Communist China frequently since 1991 when produce still arrived in the cities by bicycle. This experience offers a good foundation for assessing Chinese methods and intentions.

In the end, the Chinese could offer token concessions and use the 90-day window to cook up new happy talk. Their hope will be that after 90 days of negotiations and some minor concessions, the U.S. will be reluctant to break the peace or impose the additional tariffs.

The 90-day period will also give the Chinese lobbyists time to gin up opposition to tariffs from U.S. agricultural importers. This is an important political constituency for Trump as we move closer to the 2020 presidential election season. Trump needs support from agricultural states like Missouri, Iowa and Wisconsin to win his second term as president. It seems the Chinese understand U.S. politics better than most Americans.

The Chinese are also notorious for saying one thing and doing another. They will gladly sign an agreement that calls for reductions in the theft of intellectual property and then turn around and keep up the thefts (perhaps with a more covert method).

The Chinese have consistently broken their word when it comes to trade, beginning with their admission to the World Trade Organization in 2001. They will do it again once they tie the U.S.’ hands on tariffs.

The good news for the U.S. is that the Chinese tricks are fairly well-known by now. Trump’s most trusted and powerful adviser on trade is ambassador Robert Lighthizer, who was at the dinner. Lighthizer sees the Chinese for what they are and knows the litany of broken promises and lies better than the Chinese leadership.

If substantive improvements with adequate verification cannot be agreed upon with the Chinese by April 1, 2019, Lighthizer is ready to immediately raise tariffs on China. President Trump agrees with Lighthizer and will not hesitate to raise the tariffs. At that point, the trade wars will be back with a vengeance.

With this much distrust and Chinese bad faith in the air, what’s the best way for investors to play the likely re-emergence of the trade wars in April?

The single most important factor in the analysis is that there are certain sectors that are likely to benefit, regardless of which way the trade wars turn out. The most important sector is gold and gold mining.

China has tentatively agreed to buy more output from the U.S. mining sector as part of its temporary trade-war peace treaty with the U.S. The largest and best-managed gold producers in the U.S. also produce other metals that are in high demand by China including silver, copper, iron ore, lithium and cobalt.

A lift in purchases by the Chinese from miners will lift the gold price alongside the prices of those other strategic and industrial metals.

Conversely, if the U.S.-China trade wars resume in full force, gold will continue its recent rise as a safe-haven investment. In recent years, both U.S. Treasuries and gold have provided a safe haven for investors.

But Treasuries have taken the lion’s share of these capital flows. If China and the U.S. go back to the trade wars, Chinese purchases of U.S. Treasuries will decline. This will make Treasuries an unattractive destination for investors worldwide. This will also leave gold as the only unaffected safe haven.

All this puts gold in a win-win position. Gold miners will rally if China keeps its promise to buy more mining output. Gold bullion will rally if the trade wars resume.

Either way, gold and gold miners are winners.