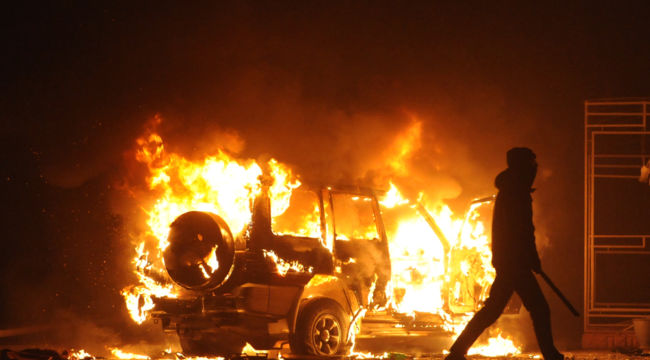 The case for a pending financial collapse is well grounded. Financial crises occur on a regular basis including 1987, 1994, 1998, 2000, 2008. That averages out to about once every five years for the past thirty years.

There has not been a financial crisis for over ten years, so the world is overdue. It’s also the case that each crisis is bigger than the one before and requires more intervention by the central banks.

Due to central bank intervention, total global debt has increased by more than $150 trillion over the past 15 years. Too-big-to-fail banks are bigger than ever, have a larger percentage of the total assets of the banking system and have much larger derivatives books.

This is exactly what happened during the Russia-Long Term Capital Management (LTCM) crisis in 1998.

It was an international monetary crisis that started in Thailand in June of 1997, spread to Indonesia and Korea, and then finally Russia by August of ’98. It was exactly like dominoes falling.

LTCM wasn’t a country, although it was a hedge fund as big as a country in terms of its financial footings.

I was right in the middle of that crash. I was the general counsel of that firm. I negotiated that bailout. The importance of that role is that I had a front-row seat.

I was in the conference room, in the deal room, at a big New York law firm. There were hundreds of lawyers. There were 14 banks in the LTCM bailout fund.

There were 19 other banks in a one billion dollar unsecured credit facility. Included were Treasury officials, Federal Reserve officials, other government officials, Long-Term Capital, our partners.

I was on point for one side of the deal and had to coordinate all that.

Systematic pressure on LTCM persisted until the fund was almost broke. As Wall Street attacked the fund, they missed the fact that they were also the creditors of the fund. By breaking LTCM, they were breaking themselves. That’s when the Fed intervened and forced Wall Street to bail out the fund.

The panic of 2008 was an even more extreme version of 1998. We were days, if not hours, from the sequential collapse of every major bank in the world. The 2008 panic had its roots in sub-prime mortgages, but quickly spread to debt obligations of all kinds, especially money market funds and European bank commercial paper.

Think of the dominoes again. What had happened there? You had a banking crisis. Except in 2008, Wall Street did not bail out a hedge fund; instead the central banks bailed out Wall Street.

The point, again, is that today systemic risk is more dangerous than ever, and each crisis is bigger than the one before. Remember, too-big-to-fail banks are bigger than ever, have a larger percentage of the total assets of the banking system, and have much larger derivatives books.

The next crisis could well begin in the corporate debt market, especially higher-risk corporate debt or “junk bonds.” The next financial collapse will quite possibly come from junk bonds. Let’s unpack this…

Since the great financial crisis, extremely low interest rates allowed the total number of highly speculative corporate bonds, or “junk bonds,” to rise about 60% — a record high. Many businesses became extremely leveraged as a result. Estimates put the total amount of junk bonds outstanding at about $3.7 trillion.

The danger is that when the next downturn comes, many corporations will be unable to service their debt. Defaults will spread throughout the system like a deadly contagion, and the damage will be enormous.

If default rates are only 10% — a conservative assumption — this corporate debt fiasco will be at least six times larger than the subprime losses in 2007-08.

Many investors would be caught completely unprepared. Once the tsunami hits, no one would be spared. The stock market would collapse in the face of rising credit losses and tightening credit conditions.

This is just one more example of capital market complexity and it signals the fact that the next crisis will be worse than the last.

Also. new automated trading algorithms like high-frequency trading techniques used in stock markets could add to liquidity in normal times, but the liquidity could disappear instantly in times of market stress. And when the catalyst is triggered and panic commences, impersonal dynamics take on a life of their own.

These kinds of sudden, unexpected crashes that seem to emerge from nowhere are entirely consistent with the predictions of complexity theory.

The ability of central banks to deal with a new crisis is highly constrained by low interest rates and bloated balance sheets, which have not been normalized since the last crisis.

For now, complacency is creeping back into markets as the market sets new records. But that’s when you need to be the most careful. And the threat of contagion is a scary reminder of the hidden linkages in modern capital markets.