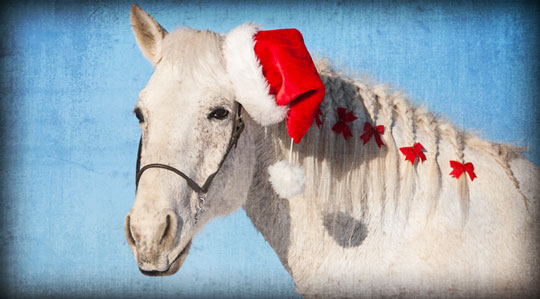 The "There Must be a Pony" Effect

“The great paradox about this age of perfect communication, of course, is that nobody knows anything about what’s going on.”
— Wolcott Gibbs, from Backward Ran Sentences

I was reading Wolcott Gibbs over the weekend. He used to write for The New Yorker and died in 1958. He had a biting wit and was a no-nonsense writer. Flimflam and uplift stood no chance against his waspy barbs.

His stuff holds up. And that quote above, written in 1941, still applies.

Before I get to the mailbag, including my top five picks for new money, I want to take you on a brief digression on the nature of news and knowledge.

It’s important because now is one of those dangerous and confusing times where you can get lost in the headlines and do something on the spur of the moment that you’ll regret later.

Gibbs’ point was that we see details reported every day, and they take on an outsized importance.

We get lost in the day-to-day flow of events. Gibbs joked that the best thing to do was employ an elderly hermit that would read exactly one copy of the Times every month. And anytime you wanted to know what was going on, you’d just ask him.

In markets, we can see the affliction Gibbs writes about in the incessant chatter about the Fed or the daily narratives on stocks, bonds, gold, etc.

You shouldn’t rely on any of this when you invest your money.

On this point, I read the transcript of a very good speech by Michael Crichton called “Why Speculate?” “Media,” he says, “carries with it a credibility that is totally undeserved.”

He talks about what he calls the Gell-Mann Amnesia effect. The idea is that when you read an article in the newspaper about a subject that you know well, you often spot errors the journalist made. You can see that the journalist doesn’t have a good grasp of the issue.

Yet you turn the page and read about something you don’t know much about – say, the refugee crisis in Syria — and you forget. You somehow think that story is more accurate than the nonsense you just read before.

I think that’s a good concept and one that’s useful to keep in mind as you read the papers and online outlets.

There is another effect here that Crichton talks about called the “There- Must-Be-a-Pony” effect. It’s funny and worth sharing.

I have a more extended excerpt here because it’s too good to paraphrase. Here he is in his own words:

“Another issue concerns the sheer volume of speculation. Sheer volume comes to imply a value which is specious. I call this the ‘There Must Be a Pony’ effect, from the old joke in which a kid comes down Christmas morning, finds the room filled with horse sh*t and claps his hands with delight. His astonished parents ask: Why are you so happy? He says, with this much horse sh*t, there must be a pony.

“Because we are confronted by speculation at every turn, in print, on video, on the net, in conversation, we may eventually conclude that it must have value. But it doesn’t. Because no matter how many people are speculating, no matter how familiar their faces, how good their makeup and how well they are lit, no matter how many weeks they appear before us in person or in columns, it remains true that none of them knows what the future holds.”

Yet people continue to hunt for oracles. I can’t recall a TV show or radio show I’ve been interviewed on that didn’t start with some variation of “Where do you think the market is heading?” It’s one of the reasons I rarely do them anymore. They are so dumb, it makes my head hurt.

Nobody knows where the market is headed.

Crichton has a few examples of people and their errant predictions. Thomas Watson, once the head of IBM, predicted the world would need only four or five computers. “That is about as wrong a prediction as it is possible to make,” Crichton says, “by a man who had every reason to be informed about what he was talking about.”

Or what about Paul Ehrlich? He was a brilliant ecologist who was wrong about nearly every big prediction he ever made. Crichton also mentions Brill’s Content and how it used to track pundit predictions. Some pundits would have hot streaks. But overall, they did little better than chance would predict.

Why do people persist? Well, talk is cheap. It attracts attention. It can be fun. Nobody remembers what you said a year ago anyway. There are lots of reasons. But the value of an expert prediction to you as an investor is zero. Often, it is worse than zero. Think of all the predictions for a market collapse since 2008 that kept you out of one of the greatest bull markets of all time.

Crichton also talks about the proper role of an expert. He says it is really about helping people filter out what’s important and what isn’t.

That’s what I try to do in my letters. I write mostly about stocks. And what’s important in a stock is to understand the business and try to figure out what it’s worth and what the potential is. It’s about assessing the people involved and what their incentives are. I can know these things.

It’s not about telling you where the stock is going to trade. No one can know that.

Anthony Bourdain, the celebrity chef, author and world traveler, may have put it best in a profile of him in Men’s Journal. Pointing to a tattoo on his arm with a quote from one of the Greek skeptics he says:

“This says, more or less, ‘I am certain of nothing,’ and that’s how I feel. I’m pretty sure that cheese and sausage are good. Other than that, it’s a world of confusion and uncertainty.”

There’s wonderful modesty there and deep wisdom. The area of what we know is much smaller than most people think — including, and especially, what the so-called experts think.

To bring this back ’round to old Wolcott Gibbs, he used to write that we knew everything the minute it happened, often in great detail. And “generally speaking, it just adds up to balderdash.”

Forget the day-to-day stock market movements and treat predictions — no matter their source — as the true guesses they are. And if you want lose yourself in some entertaining writing, pick up a copy of Backward Ran Sentences: the Best of Wolcott Gibbs.