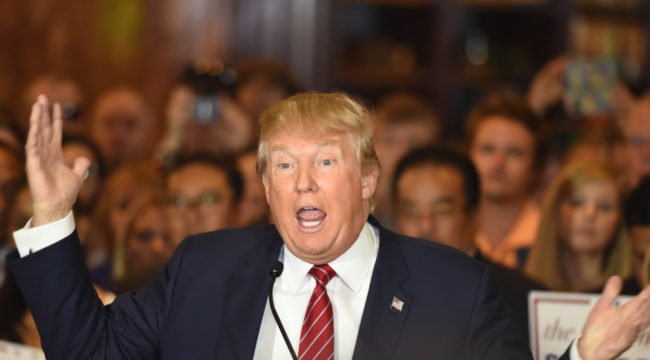 “Democracy is the theory that the common people know what they want and deserve to get it good and hard,” said Baltimore’s own H.L. Mencken.

The American people are about to get it — good and hard…

The president signed a budget-busting $1.3 trillion “omnibus” spending bill Friday — the second largest ever of its kind.

As with P.T. Barnum’s circus, there is something for everyone…

And an extra $63 billion for domestic spending of every cut and flavor.

There’s the infrastructure, of course.

But also funding to battle the opioid epidemic currently ravaging the land.

We are not certain how these differ from 20th-century learning centers— but let it pass.

The National Endowments for the Arts and Humanities will enjoy a $3 million boost.

We could continue… but mercy forbids it.

The bill’s additional $143 billion piles atop the existing federal deficit that already stretches to the sky.

Not only does the bill protect Obama’s spending priorities, says Politico, it “expands them.”

Conservative National Review declared it “the sort of legislation that would have been right at home in the Obama administration.”

But the swamp got in a good belly laugh at Mr. Trump’s expense.

The bill denies Trump funding for “the wall.”

The $1.6 billion the bill allocates was already agreed to and is mostly to patch existing fencing.

We can reduce the answer to two words:

No one had time to read it.

Had Trump failed in his signatory duty, parts of the United States government would have gone dark.

And Trump would not have gotten his beloved defense spending.

If you think the timing is coincidence… we suggest you climb back aboard the turnip truck from which you tumbled.

The bill was crafted behind closed doors by congressional leaders — most back-benchers had less than a day to read its 2,232 pages — so it’s hard to say how much of it reflects genuine Republican enthusiasm for big government and how much reflects a political decision to cave to Democrats to avoid a shutdown on Trump’s watch.

And so we find American democracy cloaked in its overcoat of glory.

Surely Jefferson smiles down from his celestial Monticello.

Ah, but we had our agents give the bill a thorough ransacking over the weekend.

In December, Trump declared a human rights emergency that broadly empowers the federal government to crack down on, say, human trafficking or drug smuggling.

And on Friday, Trump notified Congress that he’s invoking the Balanced Budget and Emergency Deficit Control Act of 1985.

These two facts, says John Salisbury — a a fellow who spent 30 years in government — “opens up new options.”

Congress allocates money to be spent, yes. But the president spends the allocated money, he reminds us.

Congress can’t say how the money is spent — as long as the spending is legal.

Salisbury on the implications:

By making these two declarations, President Trump has just communicated that he has the authority to NOT spend any funds he doesn’t deem necessary and will return them to the U.S. Treasury. So funds for Planned Parenthood? He can simply not allocate the funds…

If he determines that building a wall on the southern border is a defense against human trafficking? He can move funds from anywhere else in the Defense Department allocation and simply build the wall.

Congress is powerless to stop cash reallocations on an omnibus bill AND cannot stop the Defense Department from taking measures under a declared emergency. Despite their language in the omnibus bill about the border wall, it is trumped by the state of emergency that Trump declared.

Is Trump preparing to strike back against the swamp?