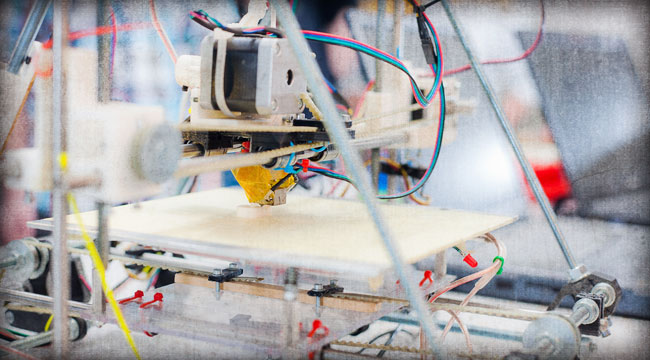 The “Super Metric” That Will Push 3D Printing Stocks Higher

As many investors know, CAN-SLIM is the mnemonic for a screen of high growth stocks that was developed by William J. O’Neil, successful investor, entrepreneur, and founder of Investor Business Daily. O’Neil began using his CAN-SLIM methodology in 1953, and the approach is generally regarded as one of the most effective screens for finding high growth stocks that will lead their sector and trade to higher highs. It’s a tried and true screen for early stage high growth stocks like what we see in the 3D printing space with companies like 3D Systems (DDD), Stratasys (SSYS), ExOne (XONE), and Arcam Ab (AMAVF).

These companies are on the cutting edge of what many believe will be a technological and societal leap forward over the next decade. Putting that aside for a moment, CAN-SLIM was developed with a goal of finding stocks before they make major moves, and the 3D printing stocks as a group have had a tremendous run over the last 12-18 months. This raises the question: can a company’s stock that meets the CAN-SLIM screen and has already had a significant run continue to rise?

History proves the answer is yes, and the stock may continue to rise precipitously over a period of years if they remain innovative leaders in a high-growth sector during a period of economic stability.

With that in mind I thought I’d filter 3D Systems Corp. through the 7 screens in the mnemonic to see where the company currently stands, (despite its recent gains) and this is what I found.

In a rising market as we’re currently experiencing a high-growth cyclical company like 3D Systems historically outperforms. It may sound trite to say “the trend is your friend”, but it is still true nonetheless.

My conclusion is that 3D Systems Inc. currently meets all of the CAN-SLIM screening methodology with an asterisk for institutional sponsorship. While the recent gains in the share price of 3D Systems Corporation have been significant, I believe that trend will continue as 3D printing goes main-stream over the next decade and changes our lives in ways we are only beginning to imagine.

A version of this article originally appeared in 3DPrintingStocks.com on June 19th 2013

Today, Zach Scheidt reveals the technology he saw firsthand last week in Las Vegas, and explains how it’s an absolute game-changer for Ford and GM…