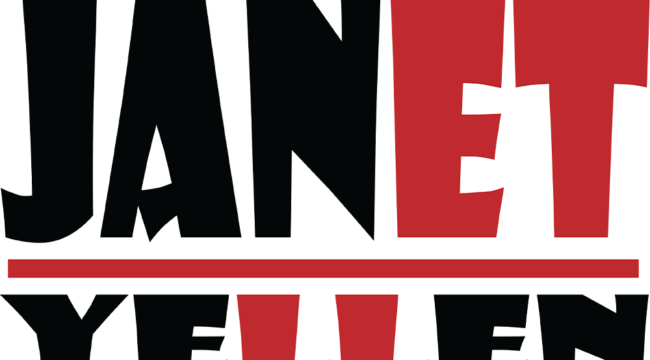 In her statements, she argued that major fiscal stimulus is justified to support the economy while the pandemic still rages.

She stressed the need to address income inequality and pledged support for the incoming Biden administration’s climate change policies.

In other words, she plans to support large amounts of government spending to stimulate the economy.

She acknowledged that debt is a potential problem. “But,” she added, “right now, with interest rates at historic lows, the smartest thing we can do is act big. In the long run, I believe the benefits will far outweigh the costs, especially if we care about helping people who have been struggling for a very long time.”

We cannot spend our way out of a debt trap. As I’ve explained before, fiscal policy is not stimulus because the U.S. debt-to-GDP ratio is now over 130% and rising quickly. Extensive research shows that at debt-to-GDP ratios above 90%, the multiplier on new debt is less than one.

This means we’re in a debt trap (in addition to a liquidity trap caused by Yellen’s previous organization, the Fed).

But Janet Yellen has no real understanding of money and monetary economics. Her tenure at the Fed proves it.

The Fed and Congress may try to stimulate the economy, but they will fail. We’re likely heading for another crisis. I won’t specifically predict when, but you can see the pieces falling into place.

Yellen’s nomination greases the skids for a disastrous policy that could lead to a monster crisis down the road — Modern Monetary Theory (MMT).

The Specter of MMT

Putting former Fed Chair Janet Yellen as the new Secretary of the Treasury is a clear sign that MMT is what a Biden administration plans to do.

MMT calls for merging the Fed and the Treasury into a single spending/monetization entity.

The government can spend as much as it wants and run the deficit as high as it wants because the Fed can monetize any Treasury debt by printing money and holding the debt on its balance sheet until maturity, at which time it can be rolled over with new debt.

This theory says that the U.S. can directly stimulate the economy and pay for a raft of new social spending. Unlike quantitative easing, which mostly enriched Wall Street, MMT would help real Americans.

They say the Fed printed $4 trillion from 2008–2014 to bail out the banks and help Wall Street keep their big bonuses. There was no inflation. So why not print $10 trillion or more to try out these new programs?

The bottom line is that MMT advocates say that the U.S. can spend as much as it wants, borrow to cover the deficits and monetize the debt with Fed money printing.

The “theory” is not much of a theory because it lacks evidence, and there’s nothing “modern” about it because it has been around for over 100 years. Still, it is all the rage in Washington, D.C. these days.

MMT has three basic tenets. The first, as mentioned, is to treat the Treasury and the Fed as a single entity with a single balance sheet. Legally the two institutions are completely separate, but MMT insists that the government can operate as if they were one. This means merging Treasury and Fed operations into a single engine for spending, borrowing and printing.

The second idea is that citizens must accept dollars (whether they like it or not) because you need dollars to pay taxes, and if you don’t pay taxes, you’ll go to jail. In effect, the dollar is supported by the barrel of a gun, to paraphrase Mao Zedong.

The third idea is that there is no practical limit to how much debt the U.S. can issue. The U.S. debt-to-GDP ratio today is about 130% (up from 106% last year). But, MMT cheerleaders point to Japan’s ratio, which is over 250%, as proof that the U.S. can borrow a lot more.

These ideas are all badly flawed. Japan is not a good test case because the Japanese buy their own debt (the U.S. relies on foreign investors), and the Japanese economy has barely grown for 30 years (try that in the U.S.).

And if inflation looks like it could become a threat, the government would just tax the excess money out of the economy. Easy-peasy.

As I’ve explained before, MMT is a badly flawed theory. It assumes a mechanistic approach to money and inflation, which doesn’t exist in the real world. Inflation is more of a psychological phenomenon based on expectations.

You can operationally merge the Fed and Treasury, but once it becomes apparent to markets that you are monetizing all the new debt, confidence will erode, rates will climb and this pyramid scheme will collapse.

And once confidence is lost, citizens can turn to land, gold, silver, natural resources and other hard assets as dollar alternatives. You don’t owe taxes on unrealized gains, so the MMT tax police will have nothing to keep them busy.

MMT is a disaster in the making (although it may take a few years to play out). It could end in hyperinflation and the destruction of the dollar as a viable currency.

It’s OK to borrow money if you invest in highly productive assets. But, if you just spend the money to support a stagnant economy with handouts, you’re simply digging a deeper debt hole for yourself.

Multi-trillion dollar deficit spending plans will emerge soon from the new Congress. The Treasury will spend the money. The Fed will buy the Treasury debt with newly printed money.

Eventually, you end up with default, inflation, higher interest rates, higher taxes or all of the above. The U.S. will go broke.

It’s not quite the rosy scenario that the MMT crowd would have you believe. Still, it may be coming. And, a clueless Janet Yellen will supervise the entire operation.