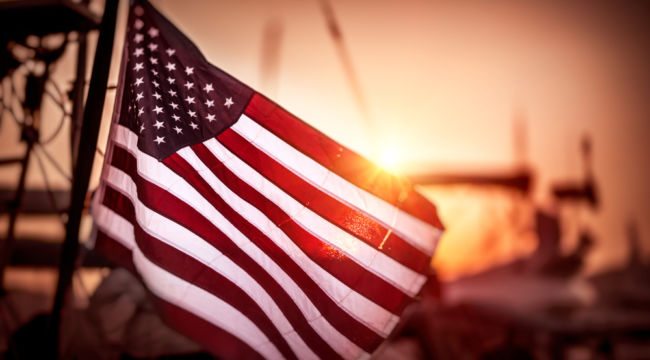 The Shocking History of Market Shocks

It is Labor Day weekend.

The nation pauses to acknowledge its sweating and groaning classes — those who hew its wood… and draw its water.

Or at least it pretends to.

On this day in 1939, the lights went out across Europe as the German Wehrmacht rolled on Poland.

Nearly six years, it would be, before they came on again.

Put the human gravity of that day aside for the moment.

Since our beat is money and markets… how did markets react to that dismal day 79 years ago?

Our own James Altucher once ran a spellbinding study…

He ransacked market history from the outset of WWII clear through to the seismic events of Sept. 11, 2001.

His purpose: to study the impact of potentially systemic shocks on markets.

James identified 10 bolts from the clear blue that could have flattened markets.

The most conspicuous among them:

Pearl Harbor (we understand Wikipedia has the date)…

James recorded the S&P’s activity the day before the shock… the day after… and one week following the blow.

He then examined the S&P one month later and then six months later.

“Each time, the market has absorbed the shock and moved past the event.”

To answer our previous question…

When the Germans invaded Poland to lift the curtain on WWII — no average day — the market acted like it was… just an average day.

The index then marched higher for the next six months… as if Herr Hitler’s soldaten were mere tourists taking the sights of Europe.

Why weren’t markets in panicked retreat along with much of Europe?

The Fed wasn’t much in the business of propping stocks in those days. So that cannot explain it.

Come forward a couple of years…

The market reaction to Pearl Harbor was admittedly more pronounced.

The S&P headed lower into January ’42. But importantly, it rediscovered its fighting élan shortly thereafter.

And the S&P opened every year higher than the previous through 1946.

Of course comes the objection: Stocks naturally rose on the prospects of ultimate Allied victory.

The Japanese were still shellacking America’s reeling Pacific forces — and the Germans were still amok in Europe.

That is, Allied victory in January ’42 was far from assured.

American fortunes in the Pacific only changed after the Battle of Midway in June ’42… several months after the S&P had already turned. (A nice point to put somewhere.)

What about the Cuban missile crisis of October ’62?

The world was never closer to the brink.

But after a brief stagger, the S&P went whistling on ahead, merry as a grig.

“What is most interesting is the ferocity with which the market rallied in only a few months,” says James.

Apparently, the specter of nuclear oblivion — a sword of Damocles hovering over markets for the next 30 years — was never the bugaboo many feared.

“The party started in 1962 and continued for the next seven years, resulting in the biggest bull market in history until the 1990s.”

The date itself makes an icicle of our spine.

Markets were closed the whole week after the horror. And make no mistake, they traded down heavily upon opening.

But one month later, the S&P was merely 15 points off its Sept. 10 closing.

And just six months later… the index was 73 points above its Sept. 10 closing.

Many suspected the silent hand of the Plunge Protection Team.

It may explain the market’s initial recovery.

But it does not — by our lights, at least — explain the subsequent six months.

James’ study ended before 2008, so the greatest market crisis of our time eluded his bifocaled attentions.

We do know the S&P has trended in an upward channel since 2010 — more or less.

It has withstood a number of corrections along the way… including this February’s.

But today, some six months later, both the S&P and Nasdaq have returned to record highs.

And the Dow Jones is within spitting distance of its own.

We have even suggested the possibility of an emerging “melt-up” — advising you take the suggestion with truckloads of salt, of course.

We risk falling into a snare when we compare today’s circumstances with the olden days… before the Fed had the stock market by the collar.

But if there’s justice in James’ argument, market shocks may prove less shocking than feared.

The examples cited fortify his case.

“The nation has nevertheless undergone shocks to the system that we have survived and will continue to survive.”

We cannot challenge his first point. We are consoled by his second.

But with highest respect to Mr. William Shakespeare, “what’s past” is not always prologue.

Given the size of the current bubble, we cannot put away the suspicion that the system might not survive the next shock.

Of course… that was our exact suspicion in 2008.