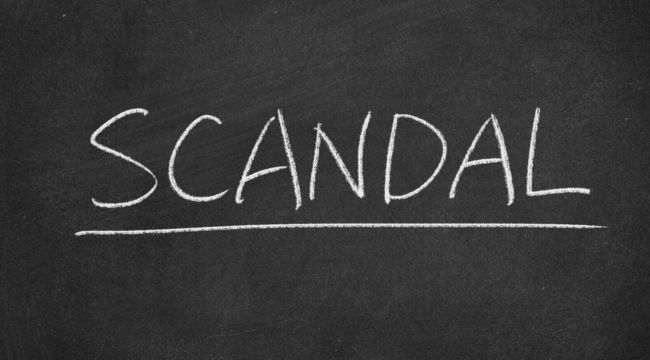 The Scandal of Money

Big banks often pride themselves on being essential capitalist institutions. But today, the big banks are mostly guaranteed by governments. They are effectively nationalized. They are “too big to fail.”

Most of their income no longer comes from direct lending to businesses. Such lending is the classic role of banks. But it is intrinsically limited to what businesses can profitably invest.

Most banking profits now stem from derivative castles in the sky with no obvious limits — a bastardization of finance that enriches bankers without promoting learning and growth.

Of course, in league with the Fed, this activity may create money, or what has passed for money since the end of the gold standard. But at the same time, it actually depletes wealth.

It’s what I call the “scandal of money” — this dramatic and unhealthy growth of finance.

The more money that is printed by central banks — and shuffled on international currency exchanges — the less growth and trade we get from it.

Even some $15 trillion of securities trading at negative interest rates doesn’t stimulate the economy like central banks thought they would.

And what does this colossal floating currency game accomplish?

It only enables grasping politicians and toady central banks to steal from the future — your kids and grandkids — in order to pay off favored constituents and politically correct causes in the present.

We are now seeing computerized trading that takes place faster than human beings can handle — in order to squeeze tiny gains from these transactions.

Unlike insider trading, which actually increases market knowledge and is mostly beneficial, this type of trading brings nothing of value to the discovery process process of transparent markets.

As increasing numbers of so-called investments fall into this category, the result is a degeneration of finance — and capitalism itself.

Economic growth stagnates, inequality mounts, and capitalism becomes a scandal of money.Essentially, banks can take as much as 40% of all the profits in the economy while the rest of the economy shrinks — crippled by government guarantees and money. Needless to say, this is not real economic growth.

As I’ve explained before, economic growth is a form of learning — and learning is the accumulation of new knowledge, not the exercise of government power to print money. Only in a free economy can businesses and entrepreneurs learn what works. And maybe more importantly, what doesn’t work. So capitalism is an educational process. Here’s proof…

Evidence of the power of learning is what business consultants and economists call the “learning curve.” For most of my professional life I have been studying learning curves.

For instance, my book Wealth and Poverty — which presented the philosophy of supply side economics — explained and celebrated the Laffer curve.

That is, economist Art Laffer’s demonstration that lower tax rates usually bring more revenues to the government than high tax rates do.

By the way, for this and other contributions, President Trump recently awarded Art Laffer a richly deserved Presidential Medal of Freedom.

How do lower taxes bring in more revenue? By unleashing the learning curves that result from entrepreneurs making creative investments rather than creative schemes of tax avoidance.

Well, as I put it in my book, “High tax rates do not redistribute incomes. They redistribute tax payers — from productive jobs and investments onto golf courses and tropical beaches, from factories and offices into tax shelters and foreign tax havens.”

I’m not necessarily arguing that the Laffer curve is infallible or that every tax cut automatically generates a fixed amount of revenue. The real world is too complicated to reduce to lines on a graph. But the idea behind it is basically sound.

Let’s look at that another way…

Rather than spreading wealth among the people, high taxes redistribute tax payers from the entrepreneurial creation of new assets into hoarding and speculating in existing assets. From paying taxes into avoiding taxes.

High taxes move taxpayers from trucks and forklifts and laboratories and factories into limousines and sports cars and casinos.

As Laffer showed, predatory governments divert people from serving others into protecting their own rear ends. You won’t make your million dollars that way. (Unless maybe you are a Kardashian, your rear end isn’t worth it.)

Now, at the time I wrote the book, these ideas seemed to strike a chord…

In the ‘80s, nearly everyone was reading Wealth and Poverty. It became a worldwide bestseller. At its peak it reached #3 on the New York Times list. For six months it was #1 book in France.

President Reagan read it, too, and made me his most quoted living author.

But of all the calls and letters I received, none was more fateful than my call from the late Bill Bain of the famous investment firm Bain Capital.

Bain told me the learning curve means that with every doubling of total units sold, unit costs decline by between 20% and 30%. He said his firm and his previous firm (Bruce Henderson’s Boston Consulting Group) had documented learning curves across every industry in the economy.

Everywhere you looked in a capitalist economy, you could find learning curves — in chicken breasts and trucking miles, in transistors on chips and insurance policies contracted, in potato chips and eggs, and lines of software code.

This is not a coincidence. All real economic growth is learning. And that’s the key to progress.

Real economics, as the Austrian titan Ludwig von Mises explained, “did more to transform human thinking than any other scientific theory before or since.”

But politics threatens that sort of progress. Only a minority will be able to overcome them. But to them will go the vast bulk of investment returns.

The key to reaping the most rewards? Always focus on the future. And increasingly, that means looking abroad as American capitalism sells out to crony capitalism.