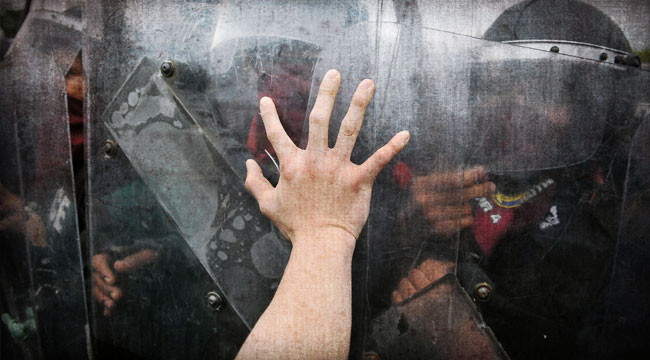 The Saviors of the Republic

Most people have no idea that America by itself spends as much on its military as… the next 14 nations combined. Twelve of these nations are reliable U.S. allies. The other two, China and Russia, have continents of their own to protect and can in no way afford, or even flirt with the prospect of, going mano a mano with the United States.

By some credible accounts, America spends as much on its military as the rest of the world combined. Why are we allowing our government to spend so much? We allow it because there is a lag between events and their popular recognition. As this columnist wrote at Forbes:

“Scott Rasmussen, an iconoclastic and highly respected pollster, recently found that almost 60% of voters believe that America spends either the right amount or too little on defense. And yet a majority of voters deeply underestimate or just doesn’t know how much we spend.

“A solid plurality of voters believes that the U.S. should not spend as much as three times as much as the next country on defense. We spend six times that of the next nation, China — which is defending a population four times ours. Per capita, we are spending 24 times what China spends, or about 800% more than most Americans think we should.”

Eight times more than the next guy for guns is a lot of money. It is a lot more than the people think we are, or should be, paying. War costs a fortune.

The New York Times reports that it costs us about $1 million per year to keep one soldier in the field in Afghanistan. It costs about $400 per gallon to deliver gasoline to the theater of operations. Sure puts $4 per gallon into perspective.

Winding down American overkill capability will make us and the world safer, not more dangerous. Meanwhile, outside the ken of the megastate and its handmaidens — big banks, big business and the state-controlled media — peace and prosperity are sure enough dawning.

With a lag, citizen recognition of the peace also is dawning. The circumstances that persuaded us, the people, to create the Big Government no longer exist. We won.

Time to wind it down.

The justification for Big Government is entirely gone. This sentiment is not limited to the right, the Tea Party, or the left, the Occupy movement. It is across the board. It is existential, rather than ideological.

Our nice big government won the war. Well done. Mission accomplished. Now we want our power — to direct the government — back. We want our money — yes, trillions — back. And since much of it’s spent… stop taxing, borrowing and printing.

No, really. We insist.

The circumstances that persuaded us, the people, to create the Big Government no longer exist. We won.

It’s time, for example, to restore the classical gold standard. The gold standard, which is the gold standard of monetary integrity, always is an early casualty of big war. But it is a fundamental building block of a Golden Age.

Don’t you want your dignity back? Dignity is an important word. It means “deserving of respect.” From the Declaration forward, the federal government’s legitimacy has been predicated on two factors:

We create government to secure, not infringe on, our rights. Including our inalienable right to pursue happiness.

No, really. We insist. It’s a matter of sacred honor.

At the end of the Constitutional Convention, someone approached delegate Ben Franklin and asked what they had given us. He replied, “A republic, if you can keep it.”

It is up to us, the citizens, to keep America a classical liberal republic. This is a nondelegable duty. (If you’re shirking it, shame on you, and expect no sympathy from me.) We, the citizens, possess the ultimate power — shareholders, if you will, in the mega-corporation that is the government of the United States. We have the power. And ultimately, we will use it.

Citizen? Do your part. Or forfeit your bitching rights.

Americans are not by nature imperial. Americans have among the lowest PDI — power distance index — in the world. That means that Americans view each other — including our elected officials — existentially as equals.

Without the predicate of total war… sooner or later… it’s curtains for the imperial state. The wartime presidents and politicians had a good run. (We’ll write splendid history books about you and build you a few statues. Maybe. No hard feelings.)

“A republic, if you can keep it.” If you engage, dear reader, you will enjoy your participation — it’s better than Call of Duty or Halo — and you will grow in stature and dignity. So be a player.

This columnist — indeed, probably The Daily Reckoning itself! (Addison? How about it?) — serenely can afford to offer you a 100% money-back guarantee if you are not 100% satisfied. The price tag on the exercise of your constitutional power and constitutional rights is zero, so the downside risk of a guarantee, to us, is low.

The downside to you, however, for not engaging is high. If you don’t engage, you’re just a kibitzer. Not much dignity there.

So… player? Or kibitzer? It’s up to you.

Don’t look to this writer to tell you how to play your role. Doing that would be defaulting into the old command-and-control model. Yes, the Big Government model. Which you supposedly abhor.

Use your own native resourcefulness. You surely have this in abundance. Here’s just one tip on how to get started. Mark your calendar. June 28, 2014, will be the most important commemorative date of your or my lifetime. Prepare to celebrate it in a big way. Throw a Victory Day party.

One hundred years ago that day, a century of total warfare, guerre a outrance, burst upon the world. Now, finally, the 100-year war is over. Peace and prosperity have broken out. Novo ordo seclorum — a new order of the ages. Time to celebrate our Victory Day. Begin by holding a party.

Side Note: We hope Mr. Benko’s right… but we’re not betting on it. In fact, what’s around the corner could be much worse for you and your family. In today’s Daily Reckoning email edition, readers were given access to a short one minute video that explains the coming threat and how you can go about protecting yourself. If you didn’t get it, sadly you only got half the story. But not to worry. You can sign up for FREE, right here, and ensure that you never miss another opportunity just like this one. Stay ahead of the tape on all of the most important developing stories that threaten your wealth, your life and your happiness. Sign up for The Daily Reckoning, for FREE, right here.