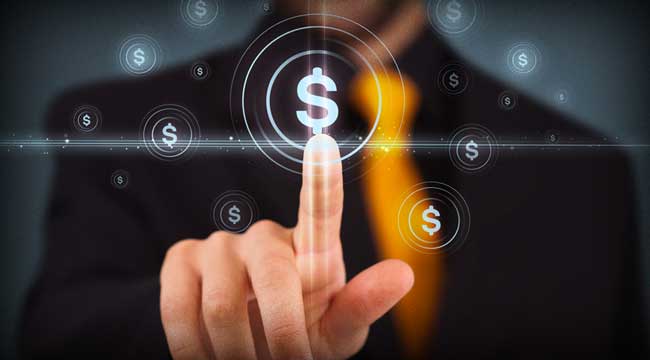 The Rise of the Recreational Venture Capitalist

It’s one thing to preorder a product from Kickstarter. But what if you could actually invest seed capital in a concept you believed in with your whole heart? What if you could be your own venture capitalist risking a small chunk of your portfolio?

Up till now, that was forbidden by the Securities and Exchange Commission unless you were an “accredited investor” with a net worth of at least $1 million or a family income of at least $300,000.

Naturally, the government claimed it was for your own good. “These laws were enacted to protect unsophisticated investors from fraud,” writes Paul Spinrad at O’Reilly Media, “but they also prevent people from investing in small businesses in their own neighborhoods, or garage ventures launched out of communities of interest that they belong to — despite the likelihood that their personal ties to such investments give them a better basis for evaluating risk (and contributing to success) than some mass of SEC filings cooked up in an office somewhere.”

Astonishingly, Congress and the White House moved to remedy this nonsense last year, passing the Jumpstart Our Business Startups (JOBS) Act. “The act,” Chris Anderson writes in Makers, “makes it easier for small companies to use regulated Web-funded crowdfunding sites such as RocketHub, Crowdfunder and Launcht to raise up to $1million in investment money from regular people.”

But here’s the rub: Congress delegated the responsibility of drawing up the regulations for crowdfunding sites to… the SEC. And the SEC has purposely dragged its feet.

The SEC chairman at the time the JOBS Act was passed, Mary Schapiro, was openly hostile to the law, claiming it “would eliminate important protections for investors.” The crowdfunding provisions in particular got under her skin. “Internal emails made available after congressional requests suggest she may have helped derail rule-making in this area,” reported The Economist.

Having done her part to stymie small business on behalf of Wall Street, Schapiro has now left the administration… and taken a consulting job on Wall Street.

Her replacement, Mary Jo White, appears to be more amenable to crowdfunding. Bloomberg News reports that White is pushing SEC commissioners to pass the rules drawn up by SEC staff and stonewalled by Schapiro. “We are hopeful,” says Sherwood Neiss of the Crowdfunding Professional Association, “that since she’s said publicly that getting the rules out were her No. 1 priority that they will be.”

So far, the House has overwhelmingly passed a bill ordering the SEC to get on the stick and adopt the rules by Oct. 31. In the meantime…

A Beginner’s Guide to Crowdfunding

Chris Anderson says crowdfunding provides what might be the most important service a new company needs — market research. “If your project doesn’t hit its funding target, it probably would have failed in the marketplace anyway.”

A Google search for “crowdfunding” will turn up a wealth of information and dozens of websites. Here are three to help you start exploring. Who knows, you might stumble onto the perfect product you already wanted but that doesn’t yet exist!

Beware: A project can meet its funding goal, and you could still lose money. You could place an order for that super-cool gadget that caught your eye on Kickstarter, but the budding entrepreneur might discover he bit off more than he could chew and can’t deliver the goods. You’re putting “risk capital” in the truest sense of the word.

David Gonigam
For Tomorrow in Review

POT ALERT: Buy the Dip, Get Rich off the Rip

In light of the recent sell-off in pot stocks, it’s worth taking a look at what’s happening in pot for both the short and long term. Today, Ray Blanco offers you his pot-stock correction survival guide.