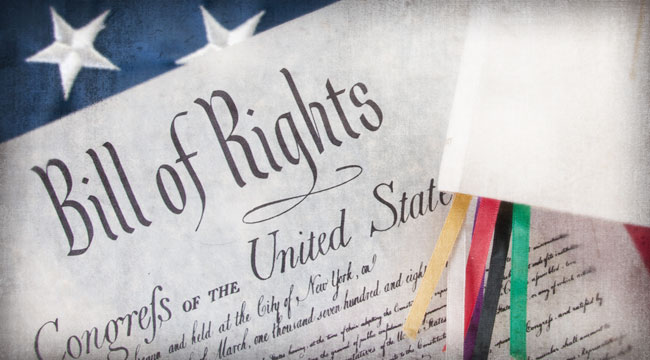 The Rights Trap: Constricted By a Sense of Entitlement

The following essay is excerpted from Harry Browne’s How I Found Freedom in an Unfree World. Although first published in 1973, the themes and lessons he espouses are as relevant today as they were when he first wrote about them. Mr. Browne was a pioneer of the financial newsletter industry, and he churned out actionable solutions for people who wanted to escape the effects of government on their finances and lives. We’re proud to share a few of his thoughts, below…

The Rights Trap is the belief that your rights will make you free.

It’s not hard to fall into this trap and become preoccupied with your rights as a way of getting what you want. You’ve probably heard since childhood that you have certain rights — to life, liberty, property, the freedom to pursue your happiness.

In addition, it’s easy to feel that someone owes you certain things in a relationship — such as respect, honesty, or fair play.

Unfortunately, rights exist only in theory. In practice, they don’t accomplish much — no matter how much people may discuss them.

Rights are invoked only when there’s a conflict of interest. Otherwise, there’s no need for them.

One reason it’s so easy to walk into the Rights Trap is that it sometimes seems to be the only way to deal with a conflict. But that’s only one of three methods of handling such situations. You can:

In my experience, I’ve been involved in many situations in which the second or the third method has worked for me. But I’ve never found a situation in which the first method has been useful.

We’ve seen that an individual acts in ways he believes will provide the most happiness for himself, based upon his own knowledge of the alternatives available.

It’s as simple as that.

The Rights Trap is the belief that your rights can get you what you want.

Let’s see how the alternatives apply to various matters in which rights are often invoked.

It’s popularly assumed that you have a right to your life. Unfortunately however, if someone kills you, your right is of little value. The police may investigate, may even find the killer, may even take him to court and convict him, may even execute him.

But none of that will change the fact that you’re dead.

Obviously, it’s more effective to see to it that no one has both the intention and the opportunity to kill you.

Another right that’s often discussed is your right to your property. But once again, what use is that right if your property is stolen? Stolen property is rarely recovered by the police and returned intact to its owner.

Whether or not you have a right, you still have to protect your property or risk losing it. It’s more effective to make it difficult for a thief to steal it — so that it will be in his self-interest to go elsewhere.

It’s often said that everyone has a right to a job or to a “decent” standard of living. But who will gladly give up his own happiness to make that possible? If it’s in an employers self-interest to hire you, he’ll do so; if not, your right won’t get you a job.

The fact that governments claim to protect these rights is insignificant. There are still murders, thefts, and unemployed people — as well as arsons, rapes, and uneducated people who had a “right to an education.”

Whether or not there are fewer problems as a result of laws isn’t relevant. They still happen — and if they happen to you, it’s no comfort that they happen less often to others.

In the same way, your rights offer little protection against the government itself.

Many people believe the Constitution should protect their rights. But has it done so?

I’ve heard it said that the Constitution is perfect but that the politicians create problems by ignoring it.

But if the Constitution can’t make the politicians respect it, of what value is it? It’s interesting to talk about, but not really useful to your freedom.

For, in practice, the Constitution is whatever the President, the Congress, and the Supreme Court choose to think it is — and that may be considerably different from what you think it is.

If a law is passed to protect your rights, it’s an uncertain, temporary safeguard at best. Laws are broken, amended, repealed, overruled, ignored, and ill-enforced.

You’re in the Rights Trap if you assume that an effective statement of your rights will bring you lower taxes, more personal freedom, or an end to injustice. Those objectives are realistic — but you’re much more likely to get them if you forget about your rights and utilize other tools.

You can also fall backward into the Rights Trap by letting someone else pressure you by invoking his rights. His rights are as theoretical as yours. And you will look for ways to circumvent them, just as he would. But it’s possible to be affected emotionally by his demands if you don’t recognize that they’re pointless.

It’s in your self-interest to be aware of the consequences of your actions. If you’ve made a promise, you can expect bad consequences if you break it. But you should focus your attention on those consequences, not on his concern with his rights.

In fact, this is where confusion can develop. If such things as lying, stealing, or killing would bring you bad consequences, your reasons can be confused with questions of rights.

For example, suppose you’ve decided that stealing would bring you bad consequences. If someone tells you that by not stealing you’re “recognizing property rights,” you might also react to someone’s claim of a “right to a decent living” as if the context were similar — and you might think you have a duty to satisfy that right.

The consequences to you, not someone’s conception of rights, must always be the deciding standard of your actions.

Perhaps there are times when you feel that your rights are the only weapon you have in a dispute. If so, it usually indicates that you’ve made yourself vulnerable to someone whose self-interest conflicts with yours.

It helps to remember that you are the one who put yourself in the vulnerable position. You have chosen to associate with those who cause you problems — whether they be your family, your business associates, your employer, your employees, or your friends.

If you’re not being treated as you want to be treated, it’s your vulnerability that must be changed. You could spend the rest of your life trying to educate the others, to change their natures and values, to get them to respect your rights. But you probably wouldn’t succeed.

It always makes more sense to concentrate on the direct alternatives — the things you do control. What others do is up to them, but there’s always a great deal you can do. Choose from the alternatives that require only your decision — not from among the many hopes that someone will be something other than what he is.

To rely on your rights or on your ability to change others is far less promising than to rely upon yourself.

To illustrate this, let’s suppose that I walk out to my front porch one morning, expecting to pick up my milk. But lo and behold, I find that it’s been stolen. What to do next?

I can bitterly feel that the thief had no right to steal from me. But would that get my milk back?

I could stand on the front porch and deliver an eloquent speech, cursing the disgraceful fact that there are thieves in the world. But what would that get me — aside from a few angry neighbors?

To say that there are thieves in the world is only to repeat what I’ve known all along. To say that it’s disgraceful is to say that if I were God, I’d have made the world differently. But since I’m not God, that point is irrelevant, too.

No one owes you anything; everyone you deal with will choose the best alternatives for himself.

To say that I would never steal someone’s milk is to acknowledge that I’m different from many of the people in the world and that I have my own way of trying to achieve happiness. But why should I expect someone else to use my way?

The only area of interest is that which I control. I’ve decided to risk theft by having the milk bottles left on the front porch. And I can decide to continue that risk or have the milk handled in some other way.

If I concentrate on the thief’s immorality or on my rights, I’m probably leaving myself vulnerable to another theft. But if I use what I control to make new arrangements, I can see to it that the theft isn’t repeated — and that should be my major concern.

You have so much control over your life, it would be a shame to throw it away.

But you do just that if you hope to get what you want by involving your rights or by trying to change others.

By using the control you do have, you can reduce your taxes, adopt the lifestyle you want, and establish valuable relationships that won’t bring problems. There are numerous direct alternatives available to you — many of which will be suggested as we go along.

No one owes you anything; everyone you deal with will choose the best alternatives for himself.

Try forgetting about your rights. They haven’t made you free. They didn’t bring you the good things you’ve achieved in your life. Why count on them in the future?

There are far easier ways to get what you want.

Harry Browne
for The Daily Reckoning

Ed. Note: Acting in your own self-interest is not a bad thing. In fact, as Harry Browne points out, it’s the only way to ensure that you’ll live the kind of life you truly desire. But that’s not to say others can’t help. On the contrary, you should utilize all the help you can get… just don’t expect anyone to do the work for you. By signing up for the FREE Daily Reckoning email edition, you can take control of your financial freedom and gain some invaluable insight in the process – including some unique chances at real, actionable investment advice. So don’t wait. Sign up for The Daily Reckoning, for FREE, right here to get started.