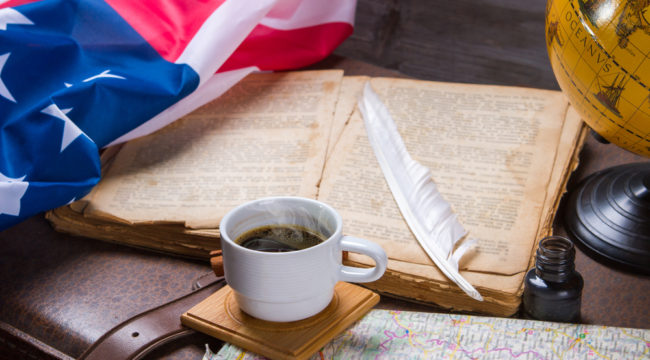 The Revolution That Was

“The American system of government is in jeopardy if we don’t do something about it.”

We hear it all the time — from the right… from the left — and all shades of the spectrum.

Many at the time wailed the same lament we hear today:

“The American system of government is in jeopardy if we don’t do something about it.”

But it had already changed. Only they didn’t see it.

There are those who still think they are holding the pass against a revolution that may be coming up the road. But they are gazing in the wrong direction. The revolution is behind them. It went by in the Night of Depression, singing songs to freedom.

The revolution was fascism.

Not the genocidal fascism of Adolf Hitler most people associate with the term… but the “trains running on time” economic fascism of Italy’s Benito Mussolini.

That fascism slipped into American waters under cover of night.

Once ashore it was bottled, stamped with the smiling face of Uncle Sam and wholesaled nationwide to the tune of “Yankee Doodle Dandy.”

Yet fascism it was, despite its warmth.

The American people embraced fascism with both hands… and didn’t even realize it.

They were “singing songs to freedom.”

If they had called it fascism, swords would have leapt from their scabbards… the peasants would have grabbed the pitchforks.

But repackage it as freedom itself, tart it up in red, white and blue… and you’ve won yourself a crowd.

The outward form of American life remained… but the substance within was changed.

The most successful revolutions leave the buildings standing as someone once said.

But the administrative state christened in the New Deal has grown into a morbidly obese old geezer.

And the nation is now some $20 trillion in hock and still writing checks it promised decades ago.

Meanwhile, the surveillance state has been riveted atop the administrative state.

Not a sparrow falls in these United States — as it was once known — that escapes the watchful eye of Uncle Sam.

(Heard about the NSA lately?)

Yet just as they moaned during the New Deal, we still howl, “The American system of government is in jeopardy if we don’t do something about it.”