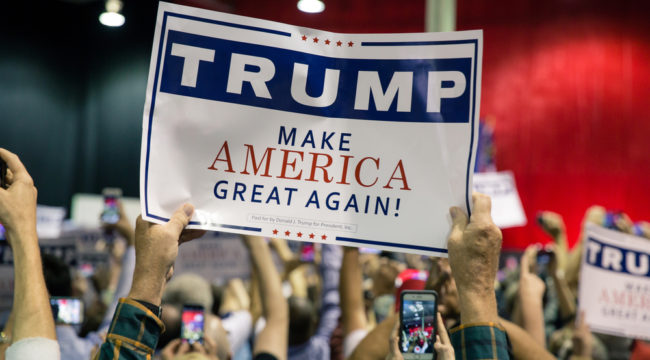 The Revolution that Failed

Revolutions have to do with drastic, wrenching changes in an established regime. Causing such changes to happen was not Ronald Reagan’s real agenda in the first place. It was mine, and that of a small group of supply-side economic intellectuals.

The Reagan Revolution, as I defined it, required a frontal assault on the American welfare state. That was the only way to pay for the massive tax cuts central to the Reagan agenda.

Accordingly, forty years’ worth of promises, assistance, entitlements and safety nets issued by the federal government to every component and level of society would have to be scrapped or drastically modified.

Behind the budget cuts and tax cuts was the central idea of the Reagan Revolution. It was minimalist government — a spare and stingy creature, which offered even-handed public justice, but no more.

Its vision of the good society rested on the strength and productive potential of free men in free markets. It sought to encourage the unfettered production of capitalist wealth and the expansion of private welfare that automatically attends it. It envisioned the opposite of the coast-to-coast patchwork of dependencies, shelters, protections, and redistributions that the nation’s politicians had brokered over the decades.

Here’s the truth: The Reagan Revolution never had a chance.

It defied all the overwhelming forces, interests, and impulses of American democracy. Our Madisonian system of checks and balances, three branches, two legislative houses, and infinitely splintered power is conservative, not radical. It hugs powerfully to the history behind it. It shuffles into the future one step at a time. It cannot leap into revolutions without falling flat on its face.

Despite what many think, Reagan was a consensus politician, not an ideologue. He had no business trying to make a revolution because it wasn’t in his bones.

He leaned to the right, no doubt. Yet his conservative vision was only a vision. He had a feel for long-term directions, but had no blueprint for radical governance. He had no concrete program to dislocate and traumatize the here-and-now of American society.

I supplied that program. Like all revolutionaries, I and my fellow supply-siders wanted to get our program out of the fringe where it had been hatched and into the mainstream. So we pitched it in tones that were music to every politician’s ears. We highlighted the easy part — the tax cuts. The side of the doctrine that had to do with giving to the electorate, not taking from it.

In January 1980, Governor Reagan’s campaign managers had sent him to school for a few days to get him brushed up on the national issues. Jack Kemp, Art Laffer, and Jude Wanniski thoroughly hosed him down with supply-side doctrine.

They told him about the “Laffer curve,” where lower marginal tax rates supposedly lead  to higher tax revenues. It set off a symphony in his ears. He knew instantly that it was true and would never doubt it for a moment afterwards. He told a personal story about how confiscatory tax rates had made he and his fellow actors stop taking on roles after a point because the extra money moved them to a higher tax bracket.

A tax cut will increase revenues only if you start in a zero inflation economy. But Reagan inherited an inflation-swollen economy with prices racing upward at 12%. We all agreed inflation needed to be stopped.

But when you pump inflation out of the economy, something strange happens. The government’s finances end up in the same boat with farmers, oil drillers and everyone else. All previous revenue projections collapse. The relationship between income and expenditure suddenly goes haywire. It dramatically depletes the Treasury’s inflation windfall. To keep the budget solvent required draconian reductions on the spending side — a substantial and politically painful shrinkage of the American welfare state.

My blueprint for sweeping, wrenching change in national economic governance would have hurt millions of people in the short run. It required severing the umbilical cords of dependency that ran from Washington to every nook and cranny of the nation. It required the ruthless application of short-term pain for long-term gain.

These principles clashed everywhere with political reality. Over the decades, politicians had lured tens of millions of citizens into milking cows, food stamps, Social Security, the VA, and much more. For the Reagan Revolution to add up, they had to be cut off.

Only an iron chancellor would have tried to make it stick. Ronald Reagan wasn’t that by a long shot…

Ronald Reagan proved to be too kind, too gentle, too sentimental for that. He always went for hard-luck stories. He saw the plight of real people before anything else. Despite his right-wing image, his ideology always took a back seat when he learned some individual human being might be hurt.

That’s also why he couldn’t lead a real revolution in American economic policy. He didn’t have it in him.

By 1982 I knew the Reagan Revolution was impossible — it was a metaphor with no anchor in political or economic reality. It was simply not operationally relevant in the world of democratic fact where the politicians have the final say.

It’s true, we succeeded in reducing the size of the nation’s fiscal disaster modestly, despite the opposition. We whittled down defense. I got the politicians to make some domestic cuts also, in all, we got the deficit down to $200 billion, a rounding error in today’s world.

Now, I didn’t like joining forces with congressional politicians at all. I couldn’t stand the idea of making deals to preserve their booty and waste. I disliked the idea of raising new tax revenue to pay farmers not to milk their cows or developers to build a luxury hotel in the ghetto.

But the congressional politicians had one redeeming virtue. They were willing to face economic and democratic reality. The dreamers in the White House — myself foremost among them — were not.

In the final analysis, there was no Reagan Revolution in national economic governance. All the umbilical cords of dependency still exist because the public elects politicians who want to preserve them. That is the unyielding bottom line.

I joined the Reagan Revolution as a radical ideologue. I learned the traumatic lesson that no such revolution was possible.

The fact is, politicians can be a menace. They never stop inventing illicit enterprises of government that bleed the national economy. Their social uplift and pork barrel is wasteful; it reduces our collective welfare and wealth. They have no thought beyond the next election.

There is only one thing worse, and that is ideological hubris. It is the assumption that the world can be made better by being made overnight. It is the false belief that in a capitalist democracy we can peer deep into the veil of the future and chain the ship of state to an existing blueprint. It can’t be done. It shouldn’t have been tried…

I wish Trump all the luck in the world. He’s going to need it if he has any intention of “draining the swamp.”

I just wonder if he has any idea what he’s up against.