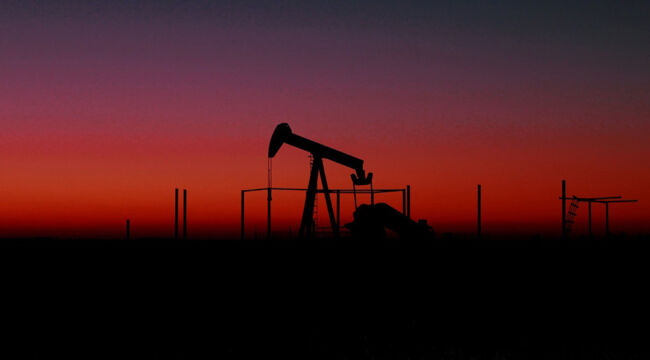 What have the climate alarmists been screaming about for the past 40 years or so? Their agenda is well-known. They want to close nuclear plants; shut down coal electric generators; eliminate natural gas and oil-fired electrical plants; and substitute wind, solar and hydropower in their place.

According to the fanatics, this substitution of renewable energy sources for so-called “fossil fuels” and uranium-powered plants would reduce CO2 emissions and save the planet from the existential threat of global warming.

Everything about this climate alarmist agenda is a fraud.

The evidence that the planet is warming is slight and the effect is likely temporary with global cooling in the forecast. The contribution of CO2 emissions to any global warming is not clear and is at best unsettled science and at worst another fraud.

Most importantly, global energy demand is growing much faster than renewables can come online, meaning that oil, natural gas, clean coal and nuclear energy will be needed whether renewables grow or not.

Wind and Solar Won’t Cut It

I have firsthand experience with this because I once built the largest off-grid noncommercial solar panel array in New England. You learn quickly to do laundry, run the dishwasher and use other high-energy electrical appliances on sunny days because you’ll need to conserve your batteries through the snow and rain.

A grid can’t run on intermittent sources; it needs continuous sources of energy that only come from oil, gas, coal and nuclear.

Despite these scientific and practical hurdles, the climate alarmists have been very effective politically. Many countries such as Germany and Japan have shut down nuclear and coal plants in an effort to substitute renewables in major industrial economies.

Now the day of reckoning has arrived.

Billions of People Freezing in the Dark

China is quickly running out of electrical-generating capacity. China gets more than 50% of its electricity from coal, but it is running out of coal. China has had to lift its ban on Australian coal imports (arising from a dispute about tracing the source of the COVID outbreak) and it’s now taking as much Australian coal as it can get.

A similar situation exists in Germany where the failure of renewables to provide a reliable source of supply combined with a shutdown of nuclear plants have led to dependence on Russian natural gas.

Putin is slowly closing the taps to increase Europe’s desperation. The price of natural gas in Europe is skyrocketing. In Lebanon, the two power plants that supply 40% of that country’s electricity have shut down due to oil shortages. There is no electricity and probably won’t be for days.

Many will die this winter as power outages spread and as heating systems fail. The global economy will also suffer due to decreased output as China and Europe both close factories in order to conserve electricity for homes.

This is what the climate alarm fanatics have produced — billions of people freezing in the dark and a slowing global economy — all in pursuit of the false dogma of global warming.

It turns out the world still needs fossil fuels, and lots of them. “Green” energy just isn’t ready for prime time, and probably won’t be for decades.

The International Energy Agency has said that if the world hopes to meet a net-zero carbon emissions target in 2050, it should stop investing in oil, gas and coal production now.

The Biden administration, along with European leaders primarily, has sought to cripple the fossil fuel industries while incentivizing wind and solar. The result is serious underinvestment in oil and natural gas exploration.

As journalist Noah Rothman writes, you can point a finger at policymakers:

The intended consequence of these [Biden] policies was to create artificial energy scarcity and incentivize alternative fuel producers to enter the marketplace. “If you restrict the supply (of oil and gas), you alter the market and you create a better environment for more sustainable fuels,” New York University professor Max Sarinsky told The Associated Press. This was all part of the plan, to the extent there was a plan.

So yes, there’s a lot of blame to go around if… a dark, cold and scary winter materializes. No small share of that blame should be apportioned out to the central planners who sought to kneecap the existing energy market in favor of an insufficient alternative.

“This Is the Revenge of the Fossil Fuels”

The ironic part, as others have noted, is that the suppression of oil, natural gas and nuclear energy has led to a dramatic increase in the dirtiest fossil fuel of all — coal. As Bloomberg reports:

For nearly a decade, it appeared in terminal decline as investors shunned miners and European countries shut down coal-fired power plants.

And yet the world’s dirtiest fossil fuel won’t go away. Global consumption peaked in 2014, but rather than fall rapidly, as many expected, it stabilized in a gentle plateau. And now, just as the fight against climate change intensifies, it’s growing again, with the resurgence largely driven by China.

“This is the revenge of the fossil fuels,” said Thierry Bros, an energy expert and professor in Paris.

So much for the Great Reset and “building back better.”

This is just another example of how bureaucratic central planning often backfires and produces the very outcome it’s supposed to prevent. You can look to the endless five-year plans of the Soviet Union for examples.

And it’s even worse at the global level because there’s no escape valve. Countries must follow the same policies, no matter how destructive they turn out to be.

It’s all part of the climate change hysteria that global elites have embraced. And of course, Big Tech is all too eager to suppress dissent.

The Big Tech companies have suppressed information about the widespread side effects and several thousand deaths of the experimental gene-therapy COVID vaccines. These companies have become censors.

Google is banning ads featuring content that contradict what it considers “inaccurate” information on climate change and will no longer allow ad revenue to come from them.

“Inaccurate” information includes content such as “denying that long-term trends show the global climate is warming, and claims denying that greenhouse gas emissions or human activity contribute to climate change.”

But as I explained earlier, the science is far from settled. The best data indicates that carbon dioxide has a limited warming effect, and that the planet may be approaching a cooling trend.

And just as Google has relied on the WHO and CDC for information about COVID and the vaccines (which have often proven disastrously wrong), Google will rely on climate information from “authoritative sources.”

In other words, from sources like the United Nations’ Intergovernmental Panel on Climate Change (IPCC), which has been a major source of climate alarmism.

Unfortunately, these dangerous climate policies are having real-world consequences. I can only imagine how many people they will kill.