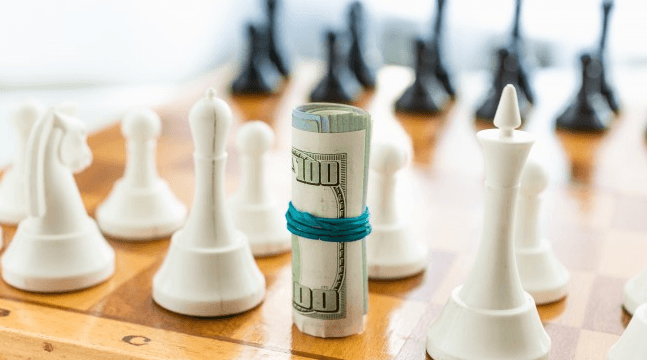 The Return Of Zombie Wars

So, we return to the Great Zombie War.

Let’s preface today’s comments by saying that we never know exactly what is going on. Nobody does.

All we can do is open our eyes and look… from one side, then from the other… through the glass darkly, and then clearly… with malice toward none and a wry smile on our face.

That said… the Great Zombie War is our own invention.

It describes the forces involved and what is really at stake.

For example, why is there such a desperate struggle to keep the credit bubble inflating? Why not just let some of the air escape and allow asset prices to fall?

Because the forces on one side – zombies, cronies, and the feds – want to tell other people what to do and live at their expense. And spending money that doesn’t belong to them is one of the ways they do it.

Where do they get the money?

From credit creation – which central banks can influence (but never completely control) by fixing interest rates.

But who is on the other side of this struggle?

“Hardworking, honest citizens,” we might say. But they don’t have to be especially hardworking. Many never break a sweat.

Not necessarily. They might cheat on their taxes or their wives; we don’t know.

All we can say for sure is that they are not zombies, cronies, or government bullies.

On the other hand, there are plenty of honest, hardworking people – including some dear readers – who are in our zombie category through no fault of their own.

People who are now collecting Social Security or Medicare or Medicaid benefits beyond what they contributed to the system, for example.

In some small measure, a person who leaves his car in a disabled parking space is enjoying a zombie privilege: Someone else was forced to prepare the spot for him.

Teachers, firemen, military or medical employees, accountants – a wide range of people who work hard and do an honest day’s work – may be zombified too.

That is to say their work may be unnecessary, unproductive, or unfairly priced, thanks to the intercession of government.

In many cases, in the absence of an active market for their services, it is impossible to know. A public school teacher may do excellent work, for example, but may enjoy compensation at half the level of his private school peer.

So let’s not take it personally. Instead, let us consider the nature of the system.

In his regular column in the Sunday Telegraph, economist and friend Liam Halligan recently took aim at a new book that’s making waves in Britain, PostCapitalism: A Guide to Our Future.

It is not something we would read. You can tell by the title that it is nonsense.

It misunderstands capitalism from the get-go. The author – Paul Mason, who in his day job is economics editor of Britain’s Channel 4 News – seems to think that it is a precise system, with rules and principles that can be improved.

Mason writes that we can only “rescue ourselves from turmoil and inequality by moving beyond capitalism.” Thus does the author take his place in the long line of meddlers, bullies, and world improvers who think they are smarter than all the other people in the world put together.

It is the result – or should be – of free markets, including the insights, work, gambles, and luck of millions of people all over the planet.

You might just as well “improve” the price of Walmart shares or of a pound of peaches.

Capitalism is not a system that you can take or leave, or take some parts of and leave the others, thereby making it more suited to your needs.

Capitalism is just what you get when you respect the rules of civilization. Don’t kill. Don’t steal. Don’t bear false witness. The rest probably don’t matter, but we haven’t taken the trouble to think about them very much.

Jesus condensed the rules into two big ones when he gave his Sermon on the Mount: Love God. Love thy neighbor.

The Jewish scholar Hillel the Elder later put it in terms a child could understand: If you wouldn’t want someone to do it to you then don’t do it to someone else.

All the rest is detail. You can’t love thy neighbor and steal his stuff. If you follow that rule, capitalism is what you’ve got. There is no way to improve it.

But what ho! Along come some clever people with a good idea – a “ride-sharing” app called Uber.

You find a ride easily. Rider and driver are tracked by Uber’s system to provide a quality and reliability trail on both sides.

And it costs a fraction of a regular cab ride.

If customers don’t like the service, they don’t use it.

Capitalism doesn’t know or care. It’s up to buyers and sellers.

Wait! Can we make this system better?

That’s what the police in Paris have tried to do. We got a report today that says it is illegal to use the Uber app in the City of Lights.

And in New York, Hizzoner Bill de Blasio wants to limit the number of new drivers Uber can take on. That’s the way to boost employment!

Meanwhile, Hillary Clinton, champion of zombies and cronies everywhere, is taking aim at the “sharing economy” – in which innovations such as Uber and Airbnb allow folks to share and redistribute excess capacity without any top-down control. She promises to take a “hard look” at it if elected president.

Love thy neighbor – but only if he gives you a campaign contribution.