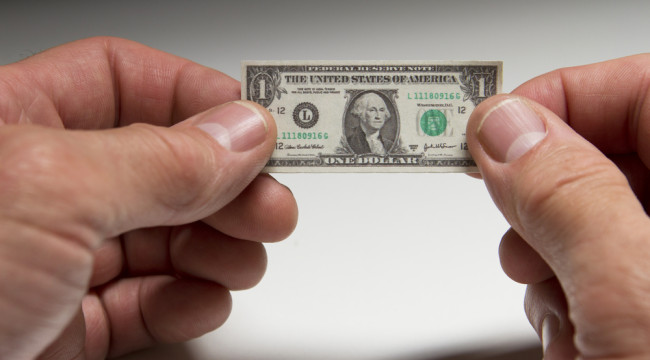 The Relevance of Say's Law

I imagine many GoldMoney customers read much commentary relevant to gold and economics, and come up against Say’s Law. Its importance might not be immediately obvious.

Jean-Baptiste Say was a French businessman and economist in his early twenties when the Bastille was stormed and the French revolution followed. While the terrors unleashed by the revolution are what we remember from history lessons, what is less known are the financial difficulties that France faced leading up to that fateful year: a combination of heavy public debt and a large financial deficit. In the years that followed France suffered an inevitable currency collapse.

It was against this background that Say concluded that to understand commerce you should ignore money, because people make products to acquire other products, or “products are paid for with products”. And he also wrote “Money performs but a momentary function in this double exchange; and when the transaction is finally closed, it will always be found, that one kind of commodity has been exchanged for another.”

This was conventional wisdom until the 1930s depression, when Keynes challenged the proposition that “supply creates its own demand”. Keynes dismissed this on the basis that Say’s Law “is equivalent to the proposition that there is no obstacle to full employment” (General Theory). Remember, this was written after the mass unemployment experienced in the Great Depression. Keynes went on to write that consumption depended on “the psychological characteristic of the community, which we shall call the propensity to consume”. In other words economic activity depends on animal spirits.

One can immediately see a conflict here: Say, who observed an economy working with and without money knew that without money life went on, even though the absence of reliable money was inconvenient. To him money was just a facilitator of transactions. To Keynes, money was important because it gives governments a means to stimulate demand. Say’s Law is the essence of free markets while Keynesianism the basis behind government intervention.

The experience of the last five years with huge budget deficits and zero interest rates has shown the Keynesian approach has failed: no one can claim that attempts to revive our animal spirits have succeeded. And a moment’s thought informs us of the illogicality of stimulating consumer demand and ignoring production.

Unfortunately all this spending on intangible animal spirits has been going on since the 1930s, and has resulted in a stifling debt burden for both governments and their private sectors. Instead, inflation of money and bank credit is increasingly seen as the means to postpone a debt reconciliation that can only result in widespread bankruptcies. By following economic policies that ignored the truth of Say’s Law many governments have got themselves and their citizens into a debt trap from which there is no visible escape.

Say’s Law will be tested again if currency values decline, reflecting the last five years of monetary policies. After all, he made his observation following experience of the hyperinflation of the French mandat in 1796. But if Say’s Law still holds, we can at least take comfort that there is economic life after monetary death.

P.S. Like it or not, we’re stuck with the Fed. And while it continues to print money and keep interest rates artificially low — all while destroy the value of the U.S. dollar — you’ll want to make sure you’re taking action now to protect you and your family’s wealth. Signing up for free The Daily Reckoning email edition is one small thing you can do to make that happen. Every single issue is packed with opportunities to help you safeguard and even grow your wealth no matter what the Fed does. And it’s FREE! So what are you waiting for? Sign up right here to get started.