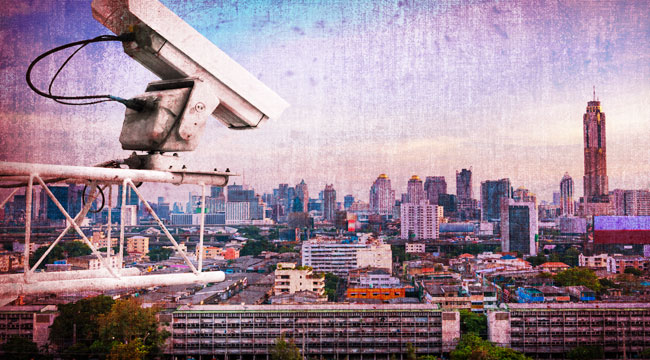 The Reality of America

I’d thank my lucky stars to be livin’ here today,
’Cause the flag still stands for freedom and they can’t take that away,  And I’m proud to be an American where at least I know I’m free. — Lee Greenwood

Poor Edward Snowden. The man performed a valuable public service. He should get a medal on this Independence Day. Instead, he will have to face the music.

“As Snowden looks for asylum, doors slam around the world,” says the International Herald Tribune.

Tuesday, the Russians seemed to close their doors to him. Ecuador seems to be withdrawing its invitation. Venezuela and Bolivia are still possibilities.

But like Julian Assange, he may be forced to hole up in some gloomy embassy. Or worse, he may be handed over to the US for a full program of torture. Yes, they could force him to watch TV! Or a Senate hearing! Or listen to Lee Greenwood whine on the radio!

He will surely want to slit his wrists after a few hours… saving the feds the cost of killing him.

Yes, the music Snowden will face, if he is delivered to the Americans, will be grim. He will be charged with treason… which comes with a funeral dirge.

Here at The Daily Reckoning, we are shoulder to shoulder with Snowden. “He broke the law,” say the news reports. That’s what we admire about him. Sometimes the law needs to be broken.

America circa 2013: History will record that laws grew up like kudzu.

One law told people they had to have health insurance, whether they wanted it or not. Another told them what they could do with their money… another gave them the right to ingest certain things, but not others.

The proliferation of laws made more and more things unlawful. You cannot smoke a cigarette where you please. You cannot have a private conversation. You cannot do this… but you must do that.

This trend gave lawmakers — including mid-level bureaucrats and unnamed officials — more and more power. And took power away from ordinary citizens, who were convinced that it made sense to limit their rights more and more to preserve their freedom.

And every day, during the summer of 2013, the sun shone, the kudzu grew, and wrapped itself around their necks. Did they fail to report a $5 tip? Did they forget to separate their garbage? Or dare to fix a clogged toilet without a permit? Americans were so proud of their freedom, they didn’t notice how fast they were losing it.

They didn’t notice (how could they?) the huge growth in secret organizations around Washington. They could scarcely remember going through an airport without standing in ‘security’ lines with their belts and shoes in their hands. They had to assume (what else could they do?) that public officials really were working to make their lives safer and more prosperous.

But, as more and more things could get you into trouble (more than anyone could possibly keep track of), it became more and more important to keep one’s affairs private.

Likewise, the controllers found it ever more convenient to tap phones and record private email conversations. Who knows when you might say something they could use against you!

Is the kind of “big data” the feds are gathering useful? Our friend Nassim Taleb tells us that it is probably less accurate… or more prone to misconstruction… than the feds believe:

“We’re more fooled by noise than ever before, and it’s because of a nasty phenomenon called ‘big data.’ With big data, researchers have brought cherry-picking to an industrial level.

“Modernity provides too many variables, but too little data per variable. So the spurious relationships grow much, much faster than real information. In other words: Big data may mean more information, but it also means more false information.”

But this is just great for the feds. They know perfectly well that the fight against terror is a pretext. They are zombies. The real goal of zombies is to increase their power and wealth at someone else’s expense. And for that, false information is better than the real thing.

False information can show anything you want it to show — even that a 93-year-old great grandmother is a threat to the nation.

Lies are more valuable, to them, than the truth.

Edward Snowden came out and revealed the extent to which the feds — under the guise of protecting us from terrorism — are keeping track of everyone and everyone’s business.

This was deeply disturbing to thoughtful people… if there still were any who feared the rise of an all-knowing, all-powerful Big Brother state from which no secrets are kept and from which no desires are hidden.

And it was disturbing too to the Big Brothers. They insist on knowing everything about everybody else’s business. But they made it a crime to reveal what they were up to!

Ed. Note: This essay was prominently featured in the Daily Reckoning’s free email edition — a free newsletter that deals with all of the issues facing America’s broken political and financial system. If you’re not yet receiving The Daily Reckoning email, sent straight to your inbox every day around 4 p.m., you can sign up for free, right here.