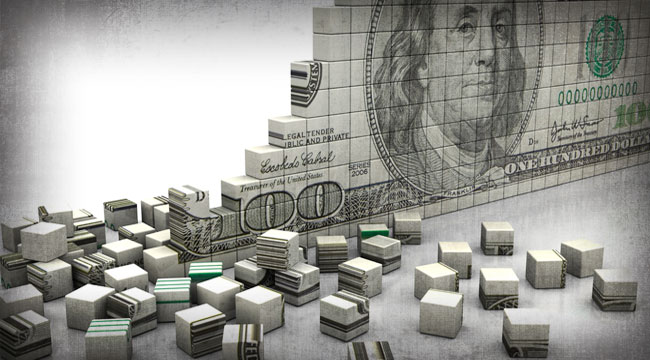 The global economy is a mess today because most economists, bankers and political leaders don’t understand that most basic of subjects: money. When it comes to monetary policy, they have it backwards, thanks to the misbegotten ideas of John Maynard Keynes.

Before Keynes and like-minded peers, economists understood that the real economy was the creation of products and services. Money was the symbol economy. It represented what people had produced. It was a facilitator of commerce.

Money reflects what we do in the marketplace. But… Keynes posited the exact opposite.

The ability of people to trade with one another is how we achieve a higher standard of living. Money measures wealth; it is not wealth itself. It is a claim on products and services that people have created. That’s why counterfeiting is illegal; it’s thievery. But when government does this, it’s called quantitative easing, or stimulus.

Money reflects what we do in the marketplace. But instead of recognizing that basic truth, Keynes posited the exact opposite. To his way of thinking, money controls the economy.

Change the supply and you can change economic output, just as a thermostat controls a room’s temperature. Government, not the marketplace, is the real driver of commerce.

Other “economic actors,” such as investors, venture capitalists, entrepreneurs and business executives, are secondary; they merely respond to the prompts of government officials and central bankers. (While monetarists focus exclusively on the money supply, Keynes thought it useful to employ fiscal tools, such as spending and taxes, to help steer the economy. He and his acolytes, however, had virtually no concept of taxes being a barrier or hindrance to commercial activity; they simply saw them as a way of controlling an economy’s total purchasing power, or “aggregate demand.”)

Keynes did share one crucial view with the classical economists: They both saw the economy as a machine that should run smoothly. So-called business cycles — booms and busts — were phenomena to be studied with an eye toward eliminating them. Classicists thought more “perfect competition” among businesses, minimal government regulation, prudent levels of government spending, a gold standard and low taxes, along with combating unsound banking practices, would do the trick.

The cult of Keynes thought that free markets were inherently unstable, capitalists were their own worst enemies, and wise government officials, like Keynes, were necessary to save business people from themselves. Get the government controls right — primarily monetary — and the economy would purr smoothly forever after.

Joseph Schumpeter thought both the classicists and the Keynesians were utterly wrong in looking at the economy as if it were a clock. To him “equilibrium” didn’t exist. The marketplace was always changing; the pace would vary, but things never stayed still. New methods, inventions and the constant rate of improvement of existing things meant that government officials could never run an economy the way one drives a car.

The only single economy is the global economy. Yet Keynes assumed the British economy could be treated as if it were an isolated entity. Too many countries today formulate policies under a similar assumption.

The Forbes 400 list of the richest Americans and our list of global billionaires demonstrate that Schumpeter had it right. “Economic actors” are the drivers. Government can either impede their activities or create an environment in which they can rise and flourish.

This would seem self-evident. Yet economies all over the world are in trouble. Government leaders and economists galore talk about monetary policy as if it could rev up economies that are staggering under excessive taxation, suffocating regulation and massive government spending.

The only single economy is the global economy.

(Remember, government doesn’t create resources. It gets them through taxation, borrowing or inflation, which is — Keynes got this right — another form of taxation.)

Most governments loathe the truth that the people on our lists are essential to prosperity and a higher standard of living. Government wants the benefits of what such people create, but it doesn’t want anyone to get rich from the creating.

Ed. Note: The truth can be difficult to stomach. Which is why governments tend to shy away from it… especially regarding matters of money. The Daily Reckoning seeks to do the opposite… bringing you an honest and unfiltered view of the world of money from the experts who know it best. As an example… Managing Editor, Peter Coyne recently traveled to New York to interview Steve Forbes at his 5th Ave. office. The resulting discussion provided a unique perspective on the financial markets that could very well shape your own investment approach. Take a look at it for yourself, right here: