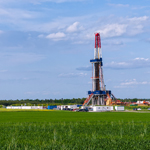 The Race For California's Shale Is On!

It’s America’s final frontier for shale. And the payout will be huge.

If you add up the recoverable resource estimate for the oft-mentioned Bakken formation in North Dakota, as well as the Eagle Ford in South Texas… then DOUBLE it, you’ll get close to the number of recoverable barrels of oil that remain trapped in the heart of this untapped “mega” shale deposit.

Put another way, according to the US Energy Information Administration, this one massive shale play represents 64% of the total recoverable shale oil resource base in the country.

It’s the big kahuna, and today we’ll take a look at how the profit opportunities are stacking up for this behemoth…

But first, let’s tackle what I’d consider the most important question when it comes to any resource investment: why now?

Sure, we’ve always known California has oil. Starting early in the 20th century, black gold was flowing up and down the West Coast — propelling business and riches alike.

Of course, like most of the other conventional deposits in the US, output has slowly but surely declined.

Today, though, the shale revolution is turning those declining deposits around. From Texas to North Dakota and even towards the East Coast, shale oil and gas are changing America’s energy future. Natural gas is plentiful and oil is coming to the surface, more each day.

That is, except for one untapped shale deposit — what I call the big kahuna — California’s Monterey shale.

Unlike other shale turn-around stories California’s energy output has continued on a downward path. Once a 1.1 million barrel per day (Mbpd) state, California is now producing just half of that — around 500,000 bpd. But when operators in that area finally crack the code, you can bet production will rocket higher.

The best analogy is what we saw recently in Texas.

Once the code was cracked and companies found a way to produce shale oil and make money, total production for the state skyrocketed. Today, Texas is well on its way to eclipsing the mid-80s production level above 2.4 Mbpd. Take a look:

Put in perspective, California’s Monterey is truly a sleeping dragon.

The sheer size of this deposit is staggering. In shale terms, the Monterey formation could hold as many as 400 billion barrels of oil. Of that 400 billion, over 15 billion barrels are considered recoverable with today’s technology. That trumps the recoverable estimates from the Bakken and Eagle Ford — by a factor of 2.

Getting back to the eye-popping statistics above, that represents a whopping 64% of America’s recoverable oil shale reserves. And the way I see it, it’s only a matter of time before this behemoth is spitting out profit opportunities.

That brings us to the other bit of timeliness to this story.

If we were talking about any state other than California (or maybe New York) this energy turnaround story would already be under way. Indeed, the Monterey would be a “household” shale player — with hundreds of rigs spinning as we speak.

But alas, this is California. The political and environmental red tape in the state have brought energy development to a virtual halt.

Of course, if that were the end of the story I wouldn’t be writing to you today.

Instead, the way I see it, there’s big change on the horizon. Soon, I believe California’s shale will be open for business…

What’s the one thing that shale-producing states have in common?

Well for starters, governments like Texas, North Dakota and Pennsylvania have enjoyed a boost to tax revenues via shale production. Along with that, unemployment rates are lower than the US average and energy prices are affordable.

Currently California finds itself on the opposite end of this spectrum — a huge budget deficit, high unemployment and expensive energy. As the days pass and deficits increase, pressure mounts to tap this hidden revenue stream.

Another factor at play here is time. Each passing day with, safe, reliable, affordable, US shale production ramping up, there’s more reason for California lawmakers and politicians to look towards shale production as a potential savior for out of control government budgets.

One recent example of this is New York State. New York was the first state to quickly ban shale development. But recently legislation is gaining steam to allow shale production. Indeed, if New York goes the way of shale, the road may be paved for California.

I believe today we’re at the tipping point. Two months ago, California Governor Jerry Brown released draft regulations that could speed up shale development in the state. Along with that, also in December, the US Bureau of Land Management auctioned off a handful of leases in the state.

The writing is on the wall for a ramp-up of California’s Monterey shale.

There are two key factors to keep an eye on here — permits and production.

First, we’ll want to keep an eye on the permit process out west. If sweeping changes open up the permit process — allowing for a massive increase in permit approvals — it’s only a matter of time before the major players skyrocket (California’s usual cast of characters include: Chevron, Shell, Exxon, Occidental and Venoco.)

A change in tone from the political side could fuel this permit turnaround, and the impending shale boom. Is the incumbent Gov. Jerry Brown the pioneer for the job? We’ll see.

However, there is one other force that could boost permitting.

In a similar way that more permits can lead to more production, production can lead to permits. What I’m looking for here is a “code crack” for the Monterey shale. For instance, if an operator in the area can “crack” the Monterey code, and start drastically increasing the production per well, we could see a turnaround for the whole state.

This is similar to what happened in North Dakota, Texas and Pennsylvania. Quietly, but quickly, the shale-code was cracked and production per well started jumping off the charts. The immediate effect was a drastic increase in tax revenue for the state. In the case of ND, TX and PA the states welcomed the bump in tax revenue with open arms and accommodating regulation — meaning plentiful permits.

If permits and production perk up, watch out. The shale boom on the West Coast could come fast. Keep your ear to the ground on this one.