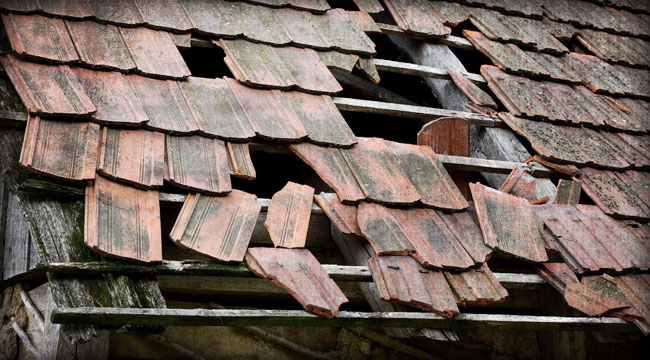 The Place to Be When the House of Debt Collapses

I was more dyspeptic than usual that morning at breakfast, the latest disappointment being my latest and greatest Fabulous Mogambo Plan (FMP) to make a few bucks that popped (“boing!”) into my head as I woke up, namely hooking up generators to the kids’ bicycles and let them merrily pedal away all day in the garage, generating electricity, so that I could sell the excess power to the local grid and make a few bucks, or at least reduce my electric bill somewhat.

Alas, my enthusiasm was soon dampened by remembering the laws of physics, which is not to mention those pesky “child labor” laws that have been the Achilles heel of many a former FMP.

And perhaps it was that same kind of sloppy inattention to detail and not “thinking things through” that explains, to some degree, how I had, in my last Mogambo Guru newsletter, declared that the price of bonds had halved, which is NOT true, because interest rates had doubled, which IS true, as pointed out by Junior Mogambo Ranger (JMR) Dick P., whom I mention because he is the only one who did not use the words “half-wit, lowlife moron” anywhere in his email informing me of, ahem, my error.

…one day this whole insane, unbelievable Debt Out The Wazoo (DOTW) idiocy will fall apart, as it must…

So please ignore that part of that newsletter, but the point was how Completely Freaked Out (CFO) I am by the doubling — doubling! — of interest rates, and accentuated by my lingering paranoid hostility about the recent court case where it was revealed that the government has, by virtue of the Exchange Stabilization Fund, the absolute authority to secretly manipulate any and all markets, including the gold and silver markets, which were the issue at hand, thus committing a legalized fraud on a massive scale. Unbelievable! I still find it absolutely unbelievable that the federal government can now commit any crime, as long as they pass a law saying that it is not illegal when the government commits it!

You rudely laugh at me because I am childishly hiding behind the couch, have a sour scowl on my face, a loaded pistol in each hand and pockets jammed full of gold and silver, but I mean, how paranoid do you have to BE to be justifiably afraid of a rogue government that has given itself the legal authority to monitor your every move, has given itself the legal authority to kill anybody at any time without due process, the legal authority to manipulate every market, and a compliant Federal Reserve to continuously create massive amounts of new currency and credit (actually monetizing the debt!) to finance the government’s unbelievable orgies of welfare-state deficit-spending and accrual of insane amounts of future liabilities?

Gaaahhh! I mean, for a guy barely holding by his broken and bloody fingernails onto the last, tattered remnants of his twisted version of reality, how big a bunker, how big a stash of gold and silver, how many guns, and how many frozen burritos in how many freezers does one need to survive such shocking un-American, un-Constitutional corruption and its guaranteed economic collapse?

Perhaps that’s why, in between nervously checking the security locks on the door of the Mogambo Bunker Of True Paranoia (MBOTP) and eating yummy microwave pizza rolls, I spend a lot of time hatching sinister plots in my mind where I will rally my fellow Americans to rise up in outrage, throw the government bums out, put America back on the gold standard, thus to be hailed by future generations as the greatest American patriot of all time, where happy people will name their children after me (“Your son is named Fabulous Patriot Mogambo? So is mine!”).

And things did not improve when I was informed by my wife that our gold-oriented IRAs had been essentially halved over the past year, after suffering a similar fate the year before.

My normal reaction to being blamed for anything is to put my fingers in my ears and scream “Shut up! Shut up! Shut up!” until she shuts up about it, but this time I patiently explained to her that, despite the clear evidence presented by the heroic Gold Anti-Trust Action committee and Ted Butler all those years, I just could not bring myself to really believe such creepy, corrupt government manipulation of markets could last so long.

And so we, as a family, paid the price for my underestimating how corrupt a government can be.

The usual family reaction to my failure was, as usual, gleefully yelling ,“You’re still a moron!” and “I hate you!”, phrases which have thankfully lost their sting over the years.

To my credit, instead of getting into the ritual screaming match ensuing after I cleverly retort “No, YOU’RE the morons!” and “I hate you, too!”, this time I graciously tried to turn it into a “teaching moment” for the wife and the kids when I went on to explain that this was a clear example of how Dollar-Cost Averaging (buying a set dollar-amount of an investment per month) is the best investment philosophy, especially so when all this time the government was manipulating the gold and silver markets down, see, so we would have been buying more and more gold and silver at cheaper and cheaper prices!

“And,” I said, “we all know that one day this whole insane, unbelievable Debt Out The Wazoo (DOTW) idiocy will fall apart, as it must, for if it was actually possible to keep such a corrupt, debt-besotted fiat currency system viable over the long term, another example of it would exist in history, and it doesn’t. Not one!”

I didn’t tell the kids this part, but one other thing history shows is that gold and silver are The Place To Be (TPTB) when this happens, whereupon we, as a nuclear family of carbon-units, would be on our way to a wonderful life of Happy Times On Easy Street (HTOES), where we hire teams of control-freak nannies to watch the kids and keep them out of our hair until they are eighteen, when we can kick them out and hire expensive lawyers and bodyguards in case they tried to get back! HTOES! Hahaha!

So, it would seem to be enough to own gold and silver at times like these, capitalizing on a collapsing dollar suffering from a malignant, government-centric economy gorging on a multiplying money supply, thanks to the evil Federal Reserve creating the currency and credit and the idiot-savant Keynesian economists who erroneously think they can justify it all.

But with the East buying and hoarding gold by the hundreds of tons a year, with a reported 115 ounces of “paper gold” sold short for each ounce of physical gold, with the price of gold manipulated down, down, down to the rising cost of production, and with similar if not worse statistics for silver (which is in actual shortage, and the supply-deficit being temporarily filled with scrap), what else can one do except to buy gold and silver?

And when one does what one must do as regards buying gold and silver, what else can one say except to throw up one’s hands in excited jubilation and exultation, exclaiming, “Whee! This investing stuff is easy!”?

Ed. Note: After a brief hiatus, The Mogambo Guru has once again returned to the virtual pages of The Daily Reckoning to rail against the evils of the Federal Reserve and the ballooning debt obligations of the U.S. government. To make sure you hear it first, we suggest you sign up for the FREE Daily Reckoning email edition, right here.