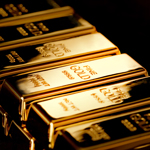 The global monetary system rests on a fragile foundation of trust. But thanks to the regrettable actions of central banks around the world, especially those of the Federal Reserve, that foundation of trust is rotting away beneath us.

All hope is not lost, however.

A golden “reset” button could strengthen the fragile global monetary system. It would require reintroducing some sort of gold standard. Holders of gold own the crucial ingredient for a reset. And holders of gold mining stocks own in-ground gold supplies that could form the foundation of a future monetary system.

Since the end of the gold standard, debt has skyrocketed. Public- and private-sector debts amount to tens of trillions of dollars. Debt weighs down the economy. Pushing interest rates down to zero for years and years is no real solution. Look at Japan! Its economy has been half-alive for 20 years.

Writing off debt is the only way to restore solvency. The economy would be unshackled from its burden of servicing debts. But there is a way to slash debt without resorting to a deflationary collapse. It involves restoring the gold standard at prices of $10,000, $20,000 or even higher.

In a recent investor letter, QB Asset Management explains how an inflationary reset button could slash the real value of the rapidly growing US national debt:

Using the US as an example, the Fed would purchase Treasury’s gold at a large and specified premium to its current spot valuation. The higher the price, the more base money would be created and the more public debt would be extinguished. An eight-tenfold increase in the gold price via this mechanism would fully reserve all existing US dollar-denominated bank deposits (a full deleveraging of the banking system).

QB maintains a chart of the shadow gold price (SGP). The SGP uses the Bretton Woods calculation for determining the exchange rate linking gold to the US dollar. The calculation is base money divided by US official gold holdings. Here is QB’s latest chart. It includes projections of the base money supply through June 2015, assuming the Fed prints $85 billion per month. The SGP soars to $20,000 per ounce:

If the ratio between the SGP and actual gold prices stays constant, gold could be $3,400 per ounce by 2015!

You could consider adding some of the midsized gold miners in the table below. The estimates are from RBC Capital Markets.

Investors will pay a premium for gold miners with consistent execution and low, stable cash costs. The companies in the table below, courtesy of RBC Capital Markets, have these qualities. Stable cash costs should translate into good stock price performance.

Let’s assume QB Asset Management’s scenario: a steady doubling in gold prices over the next three years. Most miners in this list would produce vast amounts of free cash flow in 2014. Any rise in gold prices above cash costs would flow straight to the bottom line. The most shareholder-friendly companies, like Agnico-Eagle Mines, for example, would probably return this cash to shareholders, rather than reinvest in the ground when project costs are too high.

Such a scenario would grab the attention of mainstream investors. Investors who now ignore gold stocks would fall in love with them. High-quality gold stocks remain very cheap and will one day become expensive. Meanwhile, dividend yields pay you to wait.