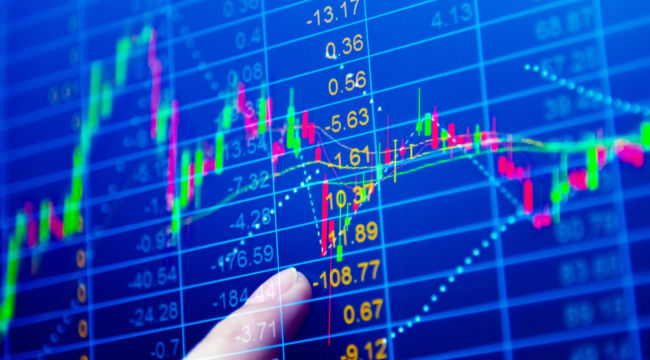 The Origin of the Next Financial Crisis

Today, additional evidence that recession — or worse — is in sight.

But first, it appears the “Powell put” may extend the countdown clock…

Since Jerome Powell’s dovish comments on Friday, the Dow Jones has been up and away… as an addict thrills to the promise of additional stimulant.

It leaped another 256 points today.

Both S&P and Nasdaq have been similarly seduced.

This was of course succeeded by the “Yellen put.”

But the stuff at Powell’s disposal is far weaker his predecessors’.

The fed funds rate rose as high as 4.75% in September 2007 — as the foundations gave way on the housing market.

But it squatted at 1.50% when Powell came on station last February.

That is, he has far less space to cut rates.

Meantime, Bernanke and Yellen were able to inflate the balance sheet from a pre-crisis $800 billion to a delirious $4.5 trillion.

Powell could not possibly work an operation on that scale.

This at least partly explains why he has been withdrawing the narcotic since he came aboard — to rebuild his stocks for future use.

But Mr. Powell suggested last Friday that he is willing to call a halt “if needed.”

And so Pavlov’s dogs began drooling. And the stock market began its merry run.

It may put off reckoning day… but it only intensifies the ultimate and inevitable withdrawal.

Come we now to our evidence that recession is within view…

We have argued previously that sub-4% unemployment means recession is almost invariably close by.

Corporate debt presently equals some 46% of GDP — the highest percentage on record.

And whenever corporate debt rises to present levels, recession is in the air… at least for the past 40-odd years:

But whom shall we blame?

As is our wont, we point an accusing finger at the Federal Reserve…

Marginal corporations that would have been denied access to credit under normal circumstances took on debt.

And many corporations have issued bonds to raise funds rather than issue stock. It has proved less expensive given the bargain rates.

Did corporations use the borrowed money to increase productivity… increase research and development… or expand operations?

Many corporations have been using the money to purchase their own stock, which has artificially inflated their prices.

And as we have stated before, corporations have been the largest source of all stock purchases.

But interest rates have been climbing… like water in a flooding basement.

And the cost of existing debt is rising with it.

How will they meet their debts?

“BBB” is one level removed from junk.

MarketWatch informs us that the volume of the bond market rated BBB currently rises to $2.5 trillion — a record high.

That is, 50% percent of all investment-grade corporate bonds are presently one inch from junk status.

And once they start going over… watch out.

This is the sort of thing that can quickly snowball into a financial crisis. Something similar happened with commercial paper in 2008, but this has the potential to be even worse… and, if it happens, could come at a time when the Federal Reserve and Treasury can’t help much. I see serious risk of a corporate bond crisis in 2019…

There are extreme consequences from central bank market-meddling, and we are about to learn this lesson once again.

From where we sit… the only question is when.