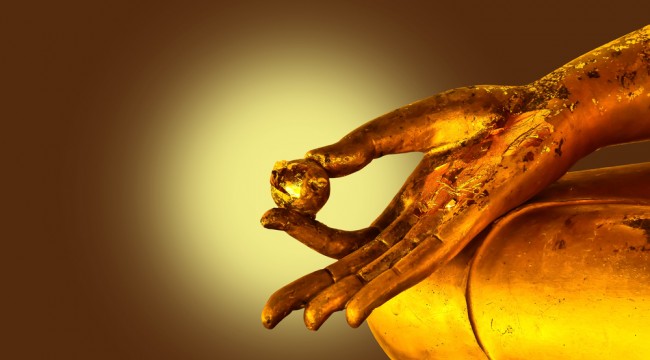 The Only Way to Get Rich: A Zen Proverb

Yesterday, we said we’d discuss the most powerful way to guarantee you’ll achieve your goals…

No matter how BIG or small they are.

Before we get to this powerful concept, let me share one of my favorite stories with you…

“Every obstacle presents an opportunity to improve your condition.”

It’s an old Zen parable about a king whose people had grown soft and entitled.

After watching his once-mighty empire backslide for years, the king couldn’t take it anymore. He decided he would teach his people a lesson.

To do so, he placed a large boulder in the middle of the main road, blocking everyone’s entry in and out of the city. Curious to see how they would react, he hid in a nearby bush.

The king watched as some of his wealthiest merchants and most opulent courtiers came to the boulder and… mostly with a huff… walked around it.

Many of them cursed the king for this inconvenience. Some loudly blamed him for not keeping the roads clear. But, to the king’s upset, not one of them did a thing to get the large stone out of the way.

After several days of this, the king watched as a lone peasant boy approached carrying a heavy load of vegetables. Upon reaching the boulder, the peasant stopped and laid down his haul and tried to move the boulder from its spot.

The king watched as the peasant tried to push, pull and heave the rock out of the road. It wouldn’t budge.

When the peasant was certain that pushing, pulling or heaving wasn’t going to work, he disappeared into the bushes, leaving his vegetables in the road.

He wedged the stick underneath the huge rock, pushed it down with all his might… and, finally, the boulder lifted off and rolled away.

Satisfied with a job well done, the peasant dusted his hands clean and turned to grab his vegetables. Before he had the chance, though, something caught his eye.

There, where the boulder had been, was a small, finely tailored purse.

He picked it up, unraveled it open and couldn’t believe his good luck. His life was changed forever.

Inside, he found an absolute fortune of gold coins and a note from the king, designating the gold for whoever removed the boulder from the road.

So the parable goes, the peasant and the king’s people learned a valuable lesson…

“Every obstacle presents an opportunity to improve your condition.”

Roman Emperor and Stoic philosopher Marcus Aurelius said as much when he wrote, “The impediment to action advances action. What stands in the way becomes the way.”

Despite what boulders the pundits of Washington… the plunderers of Wall Street… or any other bane of your existence drop in the road, there’s always a way to reposition it in your favor.

There’s always an opportunity within every obstacle.

In fact, we daresay, meeting the obstacle head on is the only way of getting what you truly want out of life.

It’s difficult to do. Our primal reaction is to avoid pain and seek pleasure. So, when confronted, our natural inclination is to stay in bed and eat ice cream. But don’t succumb.

Because once you get good at meeting obstacles head on, your life will never be the same.

Today, we’re going to talk about three things you can do today to confront life’s challenges like a ravenous, obstacle-crushing beast.

First, let’s get that financial house in order. You know, that thing that we sometimes prefer not to think about…

Find simple ways to put income streams in place that will pay off now and later.

The more income streams you have, the less you’ll have to worry when one dries up. Your normal income is only one stream, and it shouldn’t be the only one.

A lot of mainstream financial advice is the same. Cut, cut, cut.

Save $3 a day on that Starbucks coffee and you’re on your way to a comfy retirement.

The boulder is in the way. Confront it and you’ll find a fortune’s worth of gold.

That’s total claptrap. We feel sorry for anyone who falls for it.

If you want full financial independence, saving $1,095 a year isn’t going to get you there.

In fact, if you’re thinking this way, you’re only hurting yourself.

Instead of spending mental energy and precious time thinking about all the things you could cut out of your life (to make it better?)…instead, start thinking of all the ways you can make more money or work smarter.

The boulder is in the way. Confront it and you’ll find a fortune’s worth of gold.

Walk around it… and you’ll continue on your way as you have.

Ed. Note: Interested in creating more income streams for a more robust retirement? Chris Campbell has some ideas (plus two more ways you can enhance your quality of life.) Simply sign up for Laissez Faire Today for free and get your daily fix to become more self-sufficient, and live a freer, happier life. Don’t delay. Click here to sign up today.