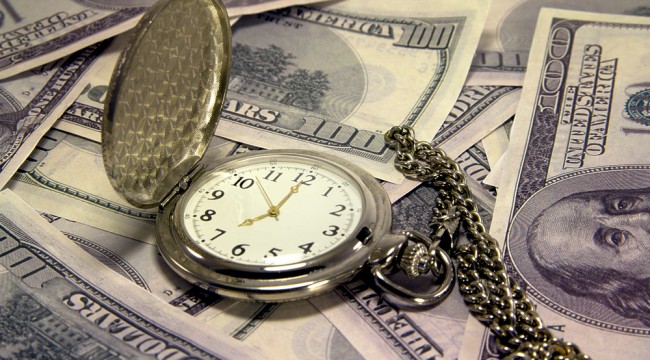 The One Word Every IPO Investor Needs to Know

Initial public offerings — better known as IPOs — are exciting. That’s especially true when a private company you’re familiar with becomes tradable. But most people don’t know what they’re getting into when it comes to buying newly listed stocks…

What really happens when a company goes public is not pretty.

By the time a company is big enough and successful enough to issue a public offering, the early investors have already made their money.

Investors buy initial public offerings for one simple reason: They want to get in on a big idea at the ground floor.

But I’ll let you in on a little secret: As my colleague Greg Guenthner once put it, “Buying an IPO doesn’t get you in on the ground floor. It gets you in on the top floor; you’re just hoping that the company keeps building more floors above you!”

And that’s about the gist of it.

That’s not necessarily a bad thing, of course. Quite often, companies are successful at building their businesses after going public, and early investors are able to claim enormous gains. But the worst thing you can do is buy an IPO on day one.

The way I see it, there are two pieces of a stock’s price: There’s the business itself, and then there are the hopes, dreams and anxieties of investors in the market. Every stock in your portfolio is impacted by both of those components.

As investors, we make money when there’s a mismatch between those two parts of a stock’s price. For instance, when a company has a stellar business that’s being discounted by lots of investor anxiety, it gives us a chance to buy shares at a bargain. And when other investors’ hopes and dreams become too dominant in a stock’s price tag, it’s time to sell.

On a stock’s first trading day as a public company, prices are often more strongly swayed by those hopes, dreams and anxieties than the business itself. That was evident when investors mixed up Twitter’s ticker symbol TWTR with bankrupt electronics company Tweeter whose ticker was TWTRQ — investors were so excited about the prospect of owning Twitter’s shares that they were buying up the wrong company!

There’s another hidden way that early IPO investors get fleeced too: through the IPO process itself.

The process of taking a private company public is shrouded in a lot of mystery. Even most Wall Street veterans have little idea of how the IPO process works. So let me pull back the curtain for you…

When a company decides it wants to go public, it hires an investment bank to underwrite the deal. The underwriter’s job is to figure out how much the company is worth — and how much the market is willing to fork over for each share. Then, the underwriter typically acquires the company’s shares to sell them to the public.

But in between, underwriters charge a “secret” fee for their efforts.

You see, after picking up shares of a stock, underwriters mark up the price before they sell it to investors. That markup is called the “underwriting spread”, and in some cases, it can be as high as 10%.

Even though the companies going public know how the process works, few investors have ever even heard of an underwriting spread before. But they’re paying for it when they jump in on a newly public stock.

By now, you may be wondering whether it’s even worth investing in an IPO stock at all. The short answer is yes — you’ve just got to know how to do it with minimal risk.

IPOs can be lucrative investments if you know how to buy them the right way. This IPO-buying strategy is so simple, in fact, that I can sum it up in a single word:

As investors, we’re programmed to act now. We’ve been taught to hurry up and trade before we miss out. So the notion of waiting before buying an IPO name is unfathomable to most market watchers. But it’s the key to actually making money as an IPO investor.

Why wait? For starters, waiting gives a new stock the chance to establish a trading history before we put real money on the line; it’s the only way to gauge the investor hopes, dreams and anxieties that I mentioned earlier. You can think of an IPO’s early price action as a way of feeling out the market for a stock. As prices move around, they’re identifying pockets of supply and demand for shares, and those technical levels can help secure the lowest-risk entry point for shares.

Sometimes, a new IPO stock moves pretty much straight up after going public. In those situations, waiting means that you’ll miss out on the very lowest buy prices. But that’s fine — even if you end up paying slightly more for shares, waiting for a pocket of investor demand before buying means that you’re taking on a position with far less risk.

As a stock establishes a trading history, the business becomes the most important component of its share price — that means you’re paying for real assets and earnings, not just excitement and underwriters’ fees.

Sure, waiting on an IPO is harder than giving in and hitting “buy.” But the rewards are worth the cost.

Jonas Elmerraji
for The Daily Reckoning

P.S. In today’s FREE email edition of The Daily Reckoning I told readers about one incredible company they could buy “pre-IPO” right now. It’s a company that one influential billionaire thinks is “going to be as valuable as Facebook.” That could mean an extraordinary 1,300% value explosion! But I didn’t stop there…

In addition to detailing this company, I also gave readers a chance to discover 48 other companies that they could buy “pre-IPO” and a timetable on buying each one of them to maximize their profits. Not bad for a FREE e-letter, eh?

Best of all, the chance to see these kinds of investment opportunities are packed into every single issue. So if you missed today’s issue, don’t worry. Tomorrow’s is just around the corner, along with all the profit potential that comes with it. All you have to do is click here and enter your email to sign up for FREE.