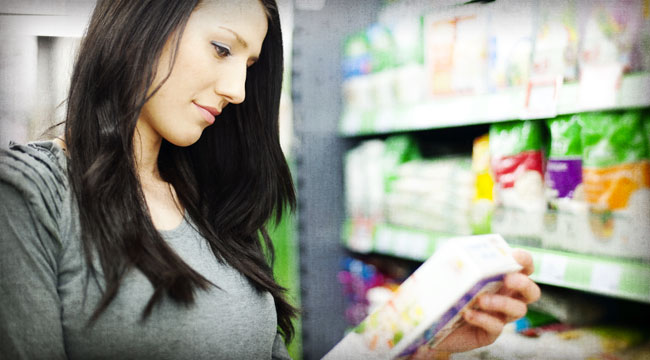 The kids are suddenly big experts on “income inequality” since it has become the issue du jour lately, and are loudly whining and wondering why I have money to spend while they do not, which they consider completely unfair.

As usual, they were not impressed with a loving father (me) taking some of his precious time to kindly explain that, around HERE anyway, it’s because I went to school, got a job, spend less than I make, and save the rest by not indulging the random, selfish whims of a bunch of free-loading, lowlife, teenage morons.

Since Treasury bonds are considered so “safe,”… you ought to be able to pick the bonds up for a few bucks…

They were even LESS impressed when I told them that the national problem of inequality of income is because the evil Federal Reserve created (and still creates!) so much excess cash and credit, which naturally ended up in the hands of those able to amass it by continually borrowing money from the banks and buying a flood of government bonds, which dictates that the rich get all their money back, plus interest.

This was greeted with the usual teenage groaning and moaning, which I succinctly paraphrase as, “Oh, no! Not that Same Old Mogambo Crap (SOMC) about the Federal Reserve, and how it is evil for creating too much cash and credit so that it ends up creating price inflation, like the inflation in the wealth of rich people, and inflation in the price of food and energy, and the inflation in the misery of poor people, and blah blah blah until we are sick of it, so shut up, you horrible, stingy old man! We hate your guts so much that we can’t even begin to tell you how much we hate you!”

Obviously, they wanted more than a simple explanation. But what can I say?

Immediately recognizing an opportunity, I instantly developed the famous Mogambo Big Bucks Method (MBBM), a treasured, time-honored manual on how you, too, can become one of the rich One Percent elites, and have most of all wealth in the world.

Essentially, the only difficult part is the first step, which is to first acquire a lot of cash. Enough to impress the bank. About a million dollars ought to do it. Since Treasury bonds are considered so “safe,” and the banks are so desperate to loan money, you ought to be able to pick the bonds up for a few bucks, paying some absurdly low interest rate.

Then, next week and every week for, apparently, forever, the deficit-spending government will need to sell more oceans of bonds to both get more dollars to spend, and to pay you the interest they owe you on your bonds.

So you, ever the clever One Percenter that you are, next week and every week after that, borrow a few more million dollars from the bank, thoughtfully created by the Federal Reserve, using the spare change in your pocket to put down, and buy the new bonds. Now you have more bonds, both of them paying you interest!

And all along the way, you and your corrupt banking buddies and financial huckster friends dream up all kinds of complicated derivatives deals to leverage that pile of bonds, everybody borrowing more and more money from the banks, over and over again, swapping back and forth, leverage upon leverage, paying yourselves huge commissions and fees at each step, while the inevitable monstrous losses are dumped on the taxpayers, via the banks, necessitating huge bank bailouts and guaranteeing the evil Federal Reserve will create more cash and more credit to pump it all back up again.

Thus, by the inescapable mathematics of exponential growth you will, in theory, one day own all the money in the world!

Of course, the hard part is getting that initial $1 million so that I can use the famous Mogambo Big Bucks Method (MBBM) to be rich, rich, rich and have all the money in the world.

Firstly, I have to budget very carefully and cut expenses for silly extravagances, like having snazzy sports cars, polo ponies and children, as I have had to patiently and gently explain to them countless times (“What part of NO don’t you understand, ya morons?”)

So I’m standing there in the checkout line at the grocery store, and I am already in a bad mood because my favorite cookies were NOT included in the “buy one, get one free” sale category, while, seemingly all around me, I see crappy cookies that I wouldn’t eat if you freaking GAVE them to me for free, are!

I am reduced to this sad, sorry state of penny-pinching parsimony because of inflation in prices, as the really good cookies are running almost 50 cents apiece these days. And for a guy who can easily sit down and eat half a bag of cookies in a disgusting display of graceless, grunting piggishness before he even gets up to get something to drink before returning, drink in hand, to resume eating most, and sometimes all, of the entire last half of the bag, this adds up to a lot of money these days.

And, I am sorry to say, it is not going to get any better, either, as from Bloomberg.com we get the distressing news that, “World food prices rose 2.6 percent in February, the biggest jump in 19 months, as prices for cooking oils, grains, dairy and sugar all rose, the United Nations’ Food & Agriculture Organization said.”

I thought at first that this was measuring price inflation from February to February, namely one year’s worth of price inflation. It was not. It was for the one month! One Freaking Month (OFM)!

This horrific news, for those of us who are not lunatic Keynesian economists or otherwise mentally ill, about inflation in consumer prices is Very Bad News (VBN), leading, as it usually does, to more creation of cash and credit by the Federal Reserve and thus to Even Worse News (EWN), before proceeding to more and more cash and credit and to worse and worse news, on and on, spiraling, spiraling, spiraling out of control, before reaching what Ludwig von Mises called “the final collapse.”

I, of course, would also call it The Final Collapse (TFC) if I could, but then I’d have to listen to everybody pointing out how I stole it from Mises because I am so stupid, and how I have never had an original thought of my own, and how everybody (including kids, see above) hates me.

So I call it, instead, The Big Mogambo Financial Supernova (TBMFS), where prices of food and energy explode outward in some huge freaking fireball, killing everything, while simultaneously debt, credit, asset prices and wealth collapse into a “black hole”, disappearing forever into a vast nameless void, which is, of course, the famous Mogambo Scary Vast Void (MSVV).

This inflation in prices should cause an absolute outrage in an educated citizenry, with the evening news full of scenes of hurt, vengeful people rising, replete with flaming torches and pitchforks, to coalesce into an angry, incoherent mob storming the evil Federal Reserve that created all the cash and credit that produced the inflation in prices that is killing them, the treacherous Congress for allowing it (and causing most of it by deficit-spending!), and the damnable Supreme Court which infamously knuckled under to the damnable Franklin Delano Roosevelt and treacherously ruled that money did NOT have to be “only of gold and silver” like the Constitution of the United States literally requires, thus allowing a suicidal, expanding fiat-money supply, which caused all of these problems in the first damned place!

And while the evening newscasts contain no shocking videos of such vast social upheavals and mass rioting, and the newspaper contains only sporadic reports (“Local Lunatic Creates Disturbance”, with the subhead “Says Federal Reserve Has Doomed Us All”), it’s just a matter of time, which is growing shorter and shorter.

And it is likewise only a matter of time, which is likewise growing shorter and shorter, before gold and silver soar in price, as history shows they have always done at the ends of long periods of expanding money-supply idiocy.

It’s THAT time. It’s ALWAYS happened. What could be more obvious than buying gold and silver?

In short, it’s the right time, it’s always happened, and it’s obvious. Perhaps, knowing that, you’ll join with me in happily exclaiming, “Whee! This investing stuff is easy!”

P.S. It’s a wonder more people aren’t on board with The Big Mogambo Financial Supernova (TBMFS). Because if there’s one thing I know for certain, it’s that all of this insane money and credit – created (out of thin air) by all of the damnable central banks around the world – will have a horrible, disastrous effect on all of the people who didn’t heed my Great Mobambo Warning (GMW), which can be found in a few far-reaching corners of the Internet, namely The Daily Reckoning, which provides readers with the information they so desperately need to combat this whole inflationary insanity in the first place. Best to sign up for free, right here, before things get out of hand.