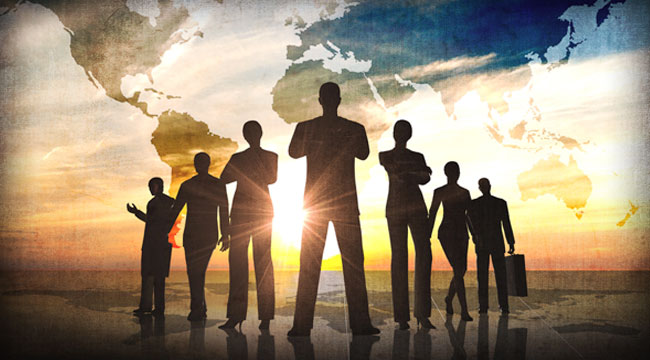 Economic theory teaches that free price and profit movements ensure that capitalism produces the greatest welfare for the greatest number. Losses indicate economic activities where costs exceed the value of production, thus investment in these activities is curtailed. Profits indicate economic activities where the value of output exceeds its cost, thus investment increases. Prices indicate the relative scarcity and value of inputs and outputs, thus serving to organize production most efficiently.

This theory doesn’t work when the US government socializes cost and privatizes profits as it has been doing with the Federal Reserve’s support of “banks too big to fail” and when a handful of financial institutions have concentrated much economic activity. Subsidized “private” banks are no different from the former publicly subsidized socialized industries of Great Britain, France, Italy, and the former communist countries. The banks have imposed the costs of their incompetence, greed, and corruption on taxpayers. Indeed, the socialized firms in England and France were more efficiently run and never threatened the national economies, much less the entire world, with ruin as do the private US “banks too big to fail.” The English, French, and communists never had to print $1,000 billion dollars annually to save a handful of corrupt and incompetent financial enterprises.

This only happens in “free market capitalism” where the capitalists, with the approval of the corrupt US Supreme Court can purchase the government, which represents them and not the electorate. Thus, the taxation and money creation powers of government are used to support a few financial institutions at the expense of the rest of the country. This is what is meant by “markets are self-regulating.”

Several years ago Ralph Gomery warned me that the damage done to US labor by jobs offshoring was about to be superseded by robotics. Gomery told me that the ownership of the technology patents is highly concentrated and that breakthroughs have made robots increasingly human in their capabilities. Consequently, the prospect for employment of humans is dismal.

Gomory’s words reverberated with me when I read RT’s February 15, 2014 report that computer and robotic experts at Harvard have constructed mobile machines programmed with the logic of termites to be self-organizing and able to complete complex tasks without central direction or oversight.

The Harvard technology will prove to be an enemy of the human race.

RT doesn’t understand the implications. Instead of raising a red flag, RT gushes: “The possibilities are vast. The machines can be made to build any three-dimensional structure on their own and with minimal instruction. But what is truly staggering is their ability to adapt to their work environment and to each other; to calculate losses, reorganize efforts and make adjustments. It is already clear that the development will do wonders for humanity in space, hard-to-reach places and other difficult situations.”

The way the world is organized under a few powerful and immensely greedy private interests, the technology will do nothing for humanity. The technology means that humans will no longer be needed in the workforce and that emotionless robotic armies will take the place of human armies and have no compunction about destroying the humans on whom they are unleashed. The picture that emerges is more threatening than Alex Jones’ predictions. Faced with little demand for human labor, little wonder thinkers predict that the rich intend to annihilate the human race and live in an uncrowded environment served by their robots. If this story has not been written as science fiction, someone should get on the job before it becomes ordinary reality.

The Harvard technology will prove to be an enemy of the human race.

This outcome does not have to be, but free market ideologues think that any planning or foresight is an interference with the market, which always knows best (thus, the current financial and economic crisis). Free market ideology stands in the way of societal control and serves the short-term interests of powerful and greedy private groups. Instead of being used for humanity, the technology will be used for the profits of a handful.

That is the intention but what is the reality? How can there be a consumer economy if there is no employment? There cannot be, which is what we are gradually learning from the offshoring of American jobs by global corporations. For a limited period an economy can continue to function on the basis of part-time jobs, drawing down savings, food stamps, and extended unemployment benefits.

However, when savings are drawn down, when the heartless politicians who demonize the poor cut food stamps and unemployment benefits, the economy ceases to provide a market for the offshored goods that the corporations bring home to sell.

Here we see the total failure of Adam Smith’s invisible hand. Each corporation in pursuit of greater managerial “performance bonuses” as determined by profits did its part in producing the destruction of the US consumer market and greater misery for all.

Except for nuclear weapons, international capitalism is the greatest threat humanity has ever faced.

Adam Smithian economics applies to economies in which capitalists have some sense of commonality with other citizens of the country like Henry Ford did, some sense of belonging to a country or to a community. Globalism destroys this sense. Capitalism has evolved to the point where the most powerful economic interests, interests that control the government itself, have no sense of obligation to the country in which their business entities are registered. Except for nuclear weapons, international capitalism is the greatest threat humanity has ever faced.

International capitalism has raised greed to a determinant force in world history. Unregulated greed-driven capitalism is destroying the jobs prospects of First World labor and the ability of Third World countries, whose agricultures have been turned into export monocultures serving the global capitalists, to feed themselves. When the crunch comes, the capitalists will let the “other” humanity starve.

As the capitalists declare in their high level meetings, “there are too many people in the world.”

Ed. Note: What does happen to a globalized world where every country espouses free market capitalism? It’s an important question to consider. One that we explored in our Weekend Edition of The Daily Reckoning email. Even if you don’t agree with Mr. Roberts’ assessment, The Daily Reckoning is a great forum to express your opinion. Join the discussion, for FREE, right here.