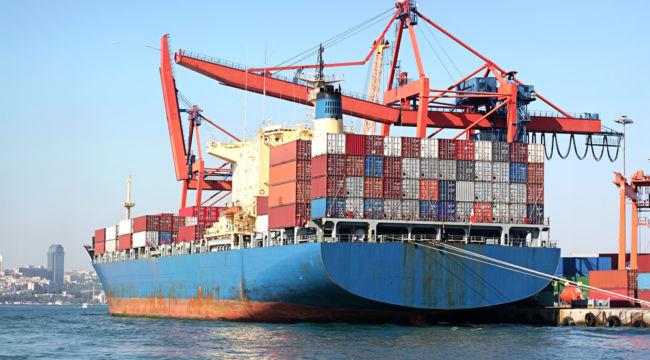 The Nationalist Case for Free Trade?

Is there a nationalist case for free trade?

That is the question we tackle today, as our thoughts turn to trade…

Talks had also been scheduled for Friday. Markets took fright yesterday when it appeared China’s negotiators would back away this evening.

But this morning the president announced he will meet with China’s vice premier tomorrow as planned.

The algorithms that run the stock market sniffed out the news. And the Dow Jones was rapidly 160 points in green territory.

It could not sustain its velocity. But it nonetheless put in a 150-point gain on the day.

Gold, meantime, took a good slating today — down over $14.

But we have dim hopes the warring parties will come to terms this week. Too much light separates and divides them.

“The U.S. has not changed its extensive and rigorous requests for China, nor has it responded to China’s core concerns,” Renmin University international relations professor Shi Yinhong said.

“Even if there is a deal, it could only be a mini-deal, even a minimal mini-deal.”

Perhaps both sides will agree to further talks… and so dangle another pretty plum before the stock market.

Hope — as is said — springs eternal.

But to return to this question:

Is there a nationalist case for free trade?

Many of its drummers, buglers and trumpeters fancy themselves citizens of the world.

They read their sheet music from The Economist or Financial Times — the latter of which exhorts each reader to “be a global citizen.”

Their attachments are loose… as are their national loyalties.

Borders are obsolete, they bellow.

Borders choke the free flow of goods and people. Borders divide rather than unite.

Meantime, free trade laughs at borders… and joins the world in a happy embrace.

Only Donald Trump’s corn-fed, stump-toothed, mouth-breathing “deplorables” are against it.

But to many of these cosmopolitans, free trade is a mere stalking horse for a larger political project.

That project is global governance. And national sovereignty is in the way.

They must therefore knock down fences… and open up borders.

But as economist Joseph Salerno notes, these globalists cannot claim free trade as their own.

Free trade — in fact — has a direct ancestry in nationalism.

The Nationalist Case for Free Trade

Here are some of free trade’s original drummers:

Yet they took the national view. Salerno:

Despite their devotion to free trade, the classical economists were nationalists. They viewed free trade as one of the most important means for advancing the security, prosperity and cultural achievements of their own nations…

Hume and Smith stick to considerations of the nation and the national interest as practical objects of analysis. This is a point of absolutely vital importance. Note that Smith does not expatiate on the wealth of “the world”; rather he focuses on the wealth of nations…

This then is the context for Smith’s advocacy of unilateral free trade, which the 19th-century classical economists believe in as well: One or a number of nations adopt free trade independently in their own interest; others, also acting in their self-interest, are likely to follow the example of pioneering free trading nations once the benefits of such a policy become readily apparent.

Next we come to 20th-century British economist Lionel Robbins:

There is little evidence that [the classical economists] often went beyond the test of national advantage as a criterion of policy, still less that they were prepared to contemplate the dissolution of national bonds… I find no trace anywhere in their writings of the vague cosmopolitanism with which they are often credited…

In yet further defense of nationalist free trade, Salerno shovels up the bones of economist Edmund Silberner (dates 1910–1985):

Though hostile to militarism, [the classical economists] make it clear that their attitude is opposed neither to an enlightened patriotism nor to the principle of nationalities…

Despite their abhorrence of war, the classical economists, “with a few exceptions,” were “opposed or hostile” to surrendering national sovereignty to a “supernational peace organization.”

Thus rests the prosecution — free trade was conceived in the national interest.

Yet today’s one-worlders have twisted, bent and stretched free trade out of all semblance.

They peddle a counterfeit good… at least by the lights of the classical economists.

We are heart and soul for free trade. But not because we are globalist.

The Freeman’s Defense of Free Trade

As a citizen of the freest nation Providence has ever set down upon this Earth… we instead take our stand upon the “don’t tread on me” American tradition.

If a Canadian is willing to sell us cheaper timber than anyone else, what authority should stand between us?

If a Chilean is willing to sell us cheaper grapes than anyone else, what authority is to deny us them?

If a Chinaman is willing to sell us cheaper gewgaws than anyone else… what authority can order us to reach deeper into our pocket?

Thus we speak our piece for free trade — in the defiant spirit of American liberty.

Here we set aside all economic consideration. But let us next turn toward them.

Is the United States winning its trade war with China?