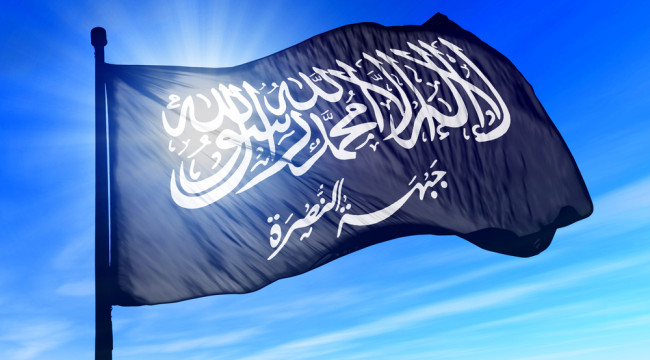 The Most Successful Speculation Ever: An Update

The article says the stated goal of these attacks would be to derail the “revival of the America Economy” [sic].

In the first place, “revival” is too strong a word to describe the U.S. economy since 2009.

More to our point, if you want to wreck the U.S. economy, offing an oligarch or two seems like a mighty roundabout way of doing it.

Maybe al-Qaida is losing its way without Osama bin Laden anymore. Now, there’s someone who knew what he was doing.

In 2004, bin Laden said, “We, alongside the mujahedeen, bled Russia for 10 years until it went bankrupt and was forced to withdraw [from Afghanistan] in defeat… So we are continuing this policy in bleeding America to the point of bankruptcy.”

Hours after he was taken out by U.S. special forces in 2011 (Why wasn’t he captured alive and asked about everything he knows? But we digress…), we observed that bin Laden had executed “the most brilliant leveraged bet in history.”

With the 14th anniversary of the Sept. 11 attack coming tomorrow, it’s a good time for an update.

“Every dollar of al-Qaida defeated a million dollars,” bin Laden said in that 2004 speech, “besides the loss of a huge number of jobs.”

That wasn’t an empty boast. And in the decade since, the ratio has become even more impressive.

Since then, up through the end of fiscal 2014, the Congressional Research Service says Uncle Sam has spent $1.6 trillion waging the Iraq and Afghanistan wars.

This year, for instance, the Pentagon tried to build a pro-U.S. rebel faction to fight the multisided war in Syria. The military spent $500 million in hopes of training up to 15,000 rebels.

In the end, they found only 54 people who didn’t have any terrorist ties. That’s $9.3 million per rebel — an awful result even by Pentagon standards.

Bonus points: As soon as the rebels were dispatched to fight in July, about a dozen of them were captured. By al-Qaida.

By the way, bin Laden’s 3.2 million-to-1 return doesn’t account for the post-9/11 homeland security bureaucracy, future health care for wounded veterans and so on. The gains will pile up in perpetuity.

One more thing, at the risk of sounding irreverent: Where the hell is Trump on al-Qaida’s list of bigwigs?

Before the day is out, he’ll probably do a cable news interview in which he says, “They’re afraid of me!”

Perhaps. On the other hand, maybe al-Qaida is still smarter than we think. Maybe they haven’t forgotten bin Laden’s logic and they figure Trump is their best bet to drag the American empire back into a full-scale Mideast war. (“I’m the most militaristic person there is,” he bragged last month.)

If so, he’s more valuable to them alive than dead.