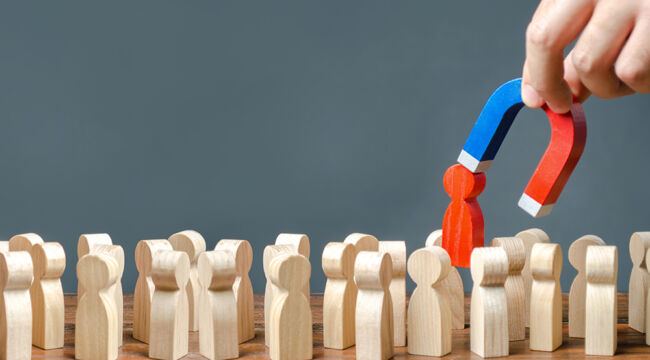 “If a writer is so cautious that he never writes anything that cannot be criticized, he will never write anything that can be read. If you want to help other people you have got to make up your mind to write things that some men will condemn.” —Thomas Merton

The dissenting voice is perhaps the most potent force on the face of the Earth.

Expressed as an informed opinion, it frequently finds itself at odds with a prevailing worldview, an official government policy, or even the general consensus — some aspects of which may actually be enforced by authorities or gatekeepers in their respective contexts and domains.

Dissent is doubly powerful when it involves the reasoned application of critical thinking in questioning or challenging a dominant or majority view. As such, dissention, by definition, expresses a minority view.

Yet history teaches us that it’s the minority that has always been the motive force in shaping the world; it will prove no less effective in forging the future of human flourishing and freedom we seek to manifest through the actions we take today.

And while motivated dissenters may be few in number, Margaret Mead reminds us, “Never doubt that a small group of thoughtful, committed citizens can change the world; indeed, it’s the only thing that ever has!”

Not only is dissent vital to the hard work of making the world a better place, but it is also absolutely essential to our humanity and to realizing our true and full potential.

The critical thinking that empowers dissent is not just good thinking, it’s only the kind of thinking that is able to yield true knowledge, understanding, insight, and wisdom. And on those rare occasions when it is applied in government, dissent contributes to better policy decisions and outcomes.

The fact that we live under the boot of so many horrendously bad policies suggests that something other than critical thinking is at work — and apparently so on a massive scale. Indeed, we suffer from far too much consensus and far too little dissent, the consequences of which we see in the disastrous herd mentality that rules the day.

Scott Amyx, writing in Forbes, explains, “Dissent both liberates and stimulates our thinking. It does so whether it’s right or wrong. It helps us to become independent thinkers, not afraid to challenge the herd mentality.”

Dissenting Voices as a Vital Good

Dissenters are important to a functioning society because they act as a body’s “warning system.” As Brian Martin explains in his essay, “Varieties of Dissent”…

Pain is not pleasant, but it is valuable if it prevents a damaging action or draws attention to a serious problem. If pain persists, it may indicate disease. The body is designed so action can be taken despite pain; it is usually unwise to ignore pain altogether. Any person whose pain receptors are deadened is at grave risk because injury can occur and be aggravated without awareness. Except in rare circumstances, it is unwise to cut off your hand if it is causing severe pain.

Indeed, dissenters at times can be a real pain in the body politic. Particularly in times of social turbulence. In such times, efforts to suppress dissent only magnify the potential for severe societal dysfunction.

Suppression is in fact akin to cutting off one’s hand because dissent is vital for navigating societal disruption and the uncertainties that attend it. It is essential to finding the true signal in the noise of an increasingly noisy world.

What’s more, dissent, when rooted in critical thinking, is often formulated more rigorously than orthodoxy — particularly when that orthodoxy is founded on unexamined premises. And it is astounding the degree to which accepted norms go unexamined.

Dissent, then, is ultimately about thinking for oneself — and with the self-awareness that comes with what philosopher Immanuel Kant called the “examined life.”

Dissent as the Engine of Innovation

Dissent is also essential to the process of innovation, which is key to solving our global grand challenges. But it seems to be as rare in industry as it is in government or academia. Nonetheless, there is no shortage of research that concludes that when a dissenting view is presented in a group, it raises the level of creativity in that group.

Dissent encourages “divergent thinking,” which can be the key to breakthrough ideas.

Taking things even further, Peter Drucker actually advised that a decision should not be made if there is no dissent. The way to imagination-driven innovation is through, he says, “…argued, disciplined disagreement.”

Think about it: the root meaning of the word innovation is the act of altering established practices! And what is that but dissent?!

This is one of many reasons why we must be teaching the skills of dissent to our students — particularly if they are to participate fully in their futures. Moreover, such skills are vital to the development of our students’ human values, life choices, and goals, as they are inheriting a very different kind of world that will be attended by very different psychological demands.

Consequently, we must open up vast new “thinking spaces” so that they may avoid the intoxicating but deadly soma of consensus thinking.

A New Consensus on Dissent

Margaret Thatcher expressed beautifully the fatal flaw of consensus thinking: “To me,” she wrote, “consensus seems to be the process of abandoning all beliefs, principles, values, and policies in search of something in which no one believes, but to which no one objects.”

Indeed, consensus has gotten very good at masquerading as conviction!

And with respect to its place in innovation, consensus is actually an innovation killer. Scott Amyx adds…

In the pursuit of consensus, we make concessions and trade-offs. The process produces less original thinking and less creative outcomes. We fail to make breakthrough innovation and we wonder why. Regardless of whether or not the dissenter wins or even when others believe their opinion is wrong, minority voices stimulate different types of thinking. Majority consensus stimulates a biased and convergent way of thinking, whereas minority views challenge the majority consensus and stimulate an unbiased way of thinking.

No question, the greatest impediment to good group decision-making is the lack of divergent thinking — which can only be encouraged by dissenting voices. As such, it is the greatest antidote to the disease known as groupthink.

Groupthink — the Engine of Dysfunctional Outcomes

Organizational thought leader Dr. Margaret Heffernan explains, “Researchers have found that just knowing that there is a dissenting voice is enough to induce different cognitive processes that yield better judgments… demonstrating both the power and the fragility of groupthink.”

And groupthink is nothing less than critical thinking’s opposite — the uncritical, lazy, or even willful suspension of judgement. Quite to the contrary, critical thinking demands that we look beyond the surface appearance of things. To think is to dissent.

This is precisely why Job One of totalitarian regimes is to suppress, if not crush, the so-called intellectuals. Their great sin against the State is the incorrigible habit of thinking for themselves.

Because such autonomous thoughts might infect the populace, they must be silenced. By banning books, videos, social media accounts, and otherwise de-platforming dissenting voices, the statists are able to control the transmission of thought.

Such suppression is the very negation of humanity, to say nothing of the possibility of human flourishing.

In this time of cancel culture and the stifling of all politically incorrect views, we need dissent more than ever.