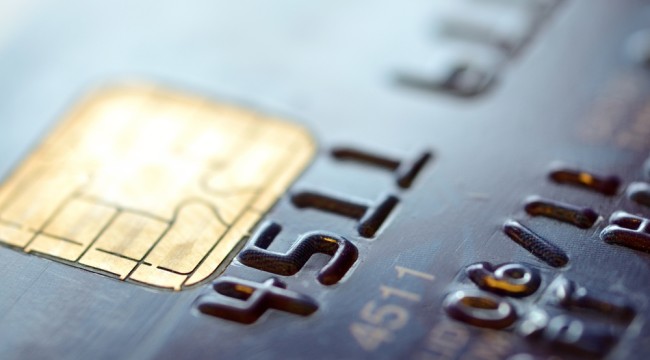 The Most Astounding Credit Binge In History

He and other rich people got a break from the beating they’ve been taking: Stocks bounced, with the Dow ending yesterday’s session up more than 600 points.

But is the bounce to be trusted? And are there better, more tangible, alternatives to investing in stocks?

We’ll try to answer both questions in today’s update… We’ll also respond to a reader’s feedback on Mr. Trump in today’s Mailbag.

Yesterday’s bump confirms the mainstream view: There is nothing to worry about. The recent sell-off is just a case of nerves, not a sign of an epizootic.

Here is U.S. Trust, a private bank for the ultra-wealthy, reassuring its customers:

The action in the past few days has been based on fears that we will revisit the market environment from 1997 to 1998, in which the Asian currency crisis led to a sizable correction in world equity markets.

A second breakdown in energy, a continued fall to record‐low prices in many commodities, and a deep drop in emerging market currencies and equities are sparking fears that a global growth recession is coming our way.

And add to that the fact that investors are worried that the Federal Reserve may tighten into a large-scale slowdown is increasing the flight to safety.

U.S. Trust, like Donald Trump and much of the media, blames the Chinese for the recent sell-off. Emerging market economies are slowing, they say, as the U.S. and developed economies are moving into “higher gear.”

As near as we can determine, the gears have been stripped.

But let’s turn back to the Chinese…

Well, it appears they borrowed too much, overbuilt, and over-speculated – just like Mr. Trump. And just like the U.S.

Here’s what Jim Walker, the chief economist of the Asianomics Group, a leading economic research firm based in Hong Kong, told colleague Chris Lowe for the latest issue of Bonner & Partners Investor Network:

China has just gone through the most astounding credit binge in history, and most of it at a tremendously misplaced interest rate. So it has major, major capital restructuring to undertake over the next few years.

Our perspective is that China will be lucky to grow its GDP in the range of 3% to 5% a year over the next two to three years. And that is an upgrade from us, because we used to expect Chinese annual growth in a range of between 0% and 4%.

Now that Mr. Market is giving investors a lesson, the Chinese authorities are desperate to close the schools – just as the feds are in the U.S.

Mr. Trump should be delighted with the Chinese. At least they still have some tools available for more mischief. Their key lending rate is 4.6%; in the U.S. it has been near zero for six years.

And China’s leaders are willing to do anything – no matter how absurd – to keep their stocks overpriced. They’ve even made it a punishable offense to say anything about it.

No kidding. Our analysts in Beijing have to watch what they say for fear of being arrested.

This shows that the U.S. is a more advanced economy; when it comes to misleading investors, we rely more on fraud and less on force.

But, hey, let’s cut the Chinese a little slack; they haven’t been running a market economy for long. They still have a lot to learn.

For example, when you falsify prices – by manipulating markets – you do not make stocks more valuable. You simply make them less attractive to sensible investors.

In the short run, price increases look like good news. Investors give each other high fives. Commentators blab about the “strength of the economy.” And the public believes it is better off.

But mispricing capital assets is a sophomoric mistake. As we have seen – in China and the U.S. – it draws real resources into dumbbell investments and overproduction.

In the U.S., we have more shopping malls than we need. In China, they have too many factories… airports… roads… and cities (We are, of course, just guessing; only Mr. Market knows for sure. And in both places he has been gagged by the central government.)

The real problem in both economies is too much debt (and other debt-like claims on output). Debt has distorted the economy and the capital structure, leaving overcapacity in some key industries and overinflated asset prices – stocks, bonds, and real estate – almost everywhere.

And now that Mr. Market is beginning to speak his mind, the authorities are rushing with more gauze and duct tape.

A Better Alternative to Stocks

“Should we invest in the stock market?”

The question came from people who have been quietly buying old houses and commercial property in the Tivoli area of upstate New York, where we’ve been staying. They then fix them up… and rent them out.

The area, as near as we can tell, is attracting more and more weekenders from New York City… and holding on to quite a few hipsters and philosophers recently graduated from Bard College.

It is “up and coming” – with good restaurants and bars, attractive 19th-century Hudson Valley architecture, and a relaxed small-town feel to it.

When asked to give us numbers, they replied:

This sketch of their business was not detailed enough to calculate a precise return on investment. But the figures sounded good to us.

“If I were you,” we said, “I’d just keep doing what you’re doing. You’re getting a decent return on your money. And it is less crony-dependent than the stock market.

“You’re probably buying as cheap as anyone and spending less than your competitors on renovation and maintenance. You’re not likely to do better than this in the stock market.

“Besides, your investment in stocks could disappear. This isn’t going away.”