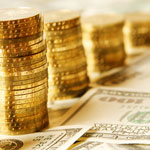 The Morality of Money

Louis: Doug, let’s talk about money. Is it all you care about?

Doug: No…just because I see the high moral value of money doesn’t mean it’s all-important to me. In fact, I find money less and less important as time goes by, the older I get. Perhaps that’s a function of Maslow’s hierarchy: If you’re hungry, food is all you really care about; if you’re freezing, then it’s warmth; and so forth. If you have enough money, these basics aren’t likely to be problems.

My most enjoyable times have had absolutely nothing to do with money. Like a couple times in the past when I hopped freight trains with a friend, once to Portland and once to Sacramento. Each trip took three days and nights, each was full of adventure and weird experiences, and each cost about zero. It was liberating to be out of the money world for a few days. But it was an illusion. Somebody had to get the money to buy the food we ate at missions. Still, it’s nice to live in a dream world for a while.

Sure, I’d like more money, if only for the same genetic reason a squirrel wants more nuts to store for the winter. The one common denominator of all living creatures is one word: Survive! And, as a medium of exchange and store of value, money represents survival… it’s much more practical than nuts.

L: Some people might say that if money were your highest value, you might become a thief or murderer to get it.

Doug: Not likely. I have personal ethics, and there are things I won’t do.

Besides, crime — real crime, taking from or harming others, not law-breaking, which is an entirely different thing — is for the lazy, short-sighted, and incompetent. In point of fact, I believe crime doesn’t pay, notwithstanding the fact that Jon Corzine of MF Global is still at large. Criminals are self-destructive.

Anyway, what’s the most someone could take, robbing their local bank? Perhaps $10,000? That’s only enough to make a wager with Mitt Romney. But that leads me to think about the subject. In the old days, when Jesse James or other thieves robbed a bank, all the citizens would turn out to engage them in a gun battle in the streets. Why? Because it was actually their money being stored in the bank, not the bankers’ money.

A robbed bank had immense personal consequences for everyone in town. Today, nobody gives a damn if a bank is robbed. They’ll get their money back from a US government agency. The bank has become impersonal; most aren’t locally owned. And your deposit has been packaged up into some unfathomable security nobody is responsible for.

The whole system has become corrupt. It degrades the very concept of money. This relates to why kids don’t save coins in piggy banks anymore — it’s because they’re no longer coins with value; they’re just tokens that are constantly depreciating and essentially worthless. All of US society is about as sound as the dollar now.

Actually, it can be argued that robbing a bank isn’t nearly as serious a crime today as robbing a candy store of $5. Why? Nobody in particular loses in the robbery of today’s socialized banks. But the candy merchant has to absorb the $5 loss personally. Anyway, if you want to rob a bank today, you don’t use a gun. You become part of management and loot the shareholders through outrageous salaries, stock options, and bonuses, among other things. I truly dislike the empty suits that fill most boardrooms today.

But most people are mostly honest — it’s the 80/20 rule again. So, no, I think this argument is a straw man. The best way to make money is to create value.

If I personally owned Apple as a private company, I’d be making more money — completely honestly — than many governments… and they are the biggest thieves in the world.

Doug: Notice one more thing: making money honestly means creating something other people value, not necessarily what you value. The more money I want, the more I have to think about what other people want, and find better, faster, cheaper ways of delivering it to them. The reason someone is poor — and, yes, I know all the excuses for poverty — is that the poor do not produce more than they consume. Or if they do, they don’t save the surplus.

Doug: Exactly. Selfishness, in the form of the profit motive, guides people to serve the needs of others far more reliably, effectively, and efficiently than any amount of haranguing from priests, poets, or politicians. Those people tend to be profoundly anti-human, actually.

L: People say money makes the world go around, and they are right. Or as I tell my students, there are two basic ways to motivate and coordinate human behavior on a large scale: coercion and persuasion. Government is the human institution based on coercion. The market is the one based on persuasion. Individuals can sometimes persuade others to do things for love, charity, or other reasons, but to coordinate voluntary cooperation society-wide, you need the price system of a profit-driven market economy.

Doug: And that’s why it doesn’t matter how smart or well-intended politicians may be. Political solutions are always detrimental to society over the long run, because they are based on coercion. If governments lacked the power to compel obedience, they would cease to be governments. No matter how liberal, there’s always a point at which it comes down to force — especially if anyone tries to opt out and live by their own rules.

Even if people try that in the most peaceful and harmonious way with regard to their neighbors, the state cannot allow separatists to secede. The moment the state grants that right, every different religious, political, social, or even artistic group might move to form its own enclave, and the state disintegrates. That’s wonderful — for everybody but the parasites who rely on the state (which is why secession movements always become violent).

I’m actually mystified at why most people not only just tolerate the state, but seem to love it. They’re enthusiastic about it. Sometimes that makes me pessimistic about the future…