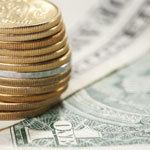 The Morality of Money, Part II

L: So you’re saying that money is a positive moral good in society because the pursuit of it motivates the creation of value. It’s the bridge between selfishness and social good, and it’s the basis for voluntary cooperation, rather than coerced interaction. Anything else?

Doug: Yes, but first, let me say one more thing about the issue of selfishness — the virtue of selfishness — and the vice of altruism. Ayn Rand might never forgive me for saying this, but if you take the two concepts — ethical self-interest and concern for others — to their logical conclusions, they are actually the same.

It’s in your selfish best interest to provide the maximum amount of value to the maximum number of people — that’s how Apple became the giant company it is. Conversely, it is not altruistic to help other people. I want all the people around me to be strong and successful. It makes life better and easier for me if they’re all doing well. So it’s selfish, not altruistic, when I help them.

To weaken others, to degrade them by making them dependent upon generosity, is not doing those people any good. If you really care about others, the best thing you can do for them is to push for totally freeing all markets. That makes it both necessary and rewarding for them to learn valuable skills and to become creators of value and not burdens on society. It’s a win-win all around.

L: That’ll bend some people’s minds… So, what was the other thing?

Doug: Well the accumulation of wealth is in and of itself an important social, as well as personal, good. The good to individuals of accumulating wealth is obvious, but the social good often goes unrecognized. Put simply, progress requires capital. Major new undertakings, from hydropower dams to spaceships, to new medical devices and treatments, require huge amounts of capital. If you’re not willing to extract that capital from the population via the coercion of taxes, i.e., steal it, you need wealth to accumulate in private hands to pay for these things. In other words, if the world is going to improve, we need huge pools of capital, intelligently invested. We need as many “obscenely” rich people as possible.

L: Right then… so, money is all good — nothing bad about it at all?

Doug: Unfortunately, many of the rich people in the world today didn’t get their money by real production. They got it by using political connections and slopping at the trough of the state. That’s bad. When I look at how some people have gotten their money — Clinton, Pelosi, and all the politically connected bankers and brokers, just for a start — I can understand why the poor want to eat the rich.

But money itself isn’t the problem. Money is just a store of value and a means of exchange. What is bad about that? Gold, as we’ve discussed many times, happens to be the best form of money the market has ever produced: It’s convenient, consistent, durable, divisible, has intrinsic value (it’s the second-most reflective and conductive metal, the most nonreactive, the most ductile, and the most malleable of all metals), and can’t be created out of thin air.

Those are gold’s attributes. People attribute all sorts of other silly things to gold, and poetic critics talk about the evils of the lust for gold. But it’s not the gold itself that’s evil — it’s the psychological aberrations and weaknesses of unethical people that are the problem. The critics are fixating on what is merely a tool, rather than the ethical merits or failures of the people who use the tool and are responsible for the consequences of their actions.

L: OK, so even if you cared only for money, that could be seen as a good thing. But you do care for more — like what?

Doug: Well, money is a tool — the means to achieve various goals. For me, those goals include fine art, wine, cars, homes, horses, cigars, and many other physical things. But it also gives me the ability to do things I enjoy or value — like spend time with friends, go to the gym, lie in the sun, read books, and do pretty much what I want when I want. Let’s just call it as philosophers do: “the good life.” It’s why my partners and I built La Estancia de Cafayate [in Argentina]. We have regular events down there I welcome readers to attend.

But I don’t take money too seriously. It’s just something you have. It’s much less important than what you do, and trivial in comparison to what you are. I could be happy being a hobo. There have been times when I felt my life was just as good and I was just as happy without much money at all. That said, you can’t be too rich or too thin.

Doug: This may all seem rather philosophical, but it’s actually extremely important to investors. What is the purpose of investing or speculating? To make money. How can anyone hope to do that well if they feel that there is something immoral or distasteful about making money?

Someone who pinches his or her nose and tries anyway because making money is a necessary evil will never do as well as those who throw themselves into the fray with gusto and delight in doing something valuable — and doing it well.

L: The law of attraction.

Doug: Yes, but I don’t view the law of attraction as a metaphysical force — rather as a psychological reality. If you have a negative attitude about something, you’re unlikely to attract it… even if you try to talk yourself into thinking the opposite. If you think money is evil, don’t bother trying to accumulate wealth. On the other hand, if you want to become wealthy, you’d better think long and hard about your attitudes about money… Cultivate a positive attitude about money, which is right up there with language as one of the most valuable tools man has ever invented. Think about it, and give yourself permission to become rich. It’s a good thing.