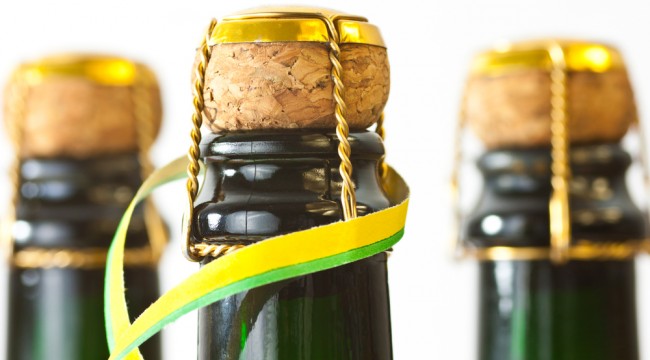 Unfortunately, angry dimwits like me don’t make a lot of money with which to invest and be successful, all because the world is conspiring against us, everybody hates us, and we have crappy jobs. This does not mean that we are not also out to make a quick mega-fortune without working, so as to immediately retire to a long, glorious life of gluttonous-yet-overindulgent eccentricity.

So the task of learning to invest wisely the little money we make seems monumentally difficult. Stocks? Bonds? Cash? Who? What? Huh?

Admittedly, the seemingly Herculean task of understanding economics is made slightly more palatable by knowing that reading one book, namely Hazlitt’s Economics in One Lesson, is pretty much sufficient, or going to one fabulous free website, namely Mises.org where one learns the glories of the Austrian theory of economics, is plenty sufficient, too.

In a shameless plug, reading Economica Mogambo is an alternative, too. Although a lot less refined but a whole lot less coherent, Economica Mogambo contains mostly the same economic information, in one form or another, but cleverly and obscurely disguised as random gibberish and Stupid Mogambo Crap (SMC).

The stock market, the bond market and the housing markets are manipulated by the government, and it’s no secret.

Fortunately, why try at all? Elementary arithmetic shows conclusively that it is impossible for even a slim majority of investors to make a profit over the long term, and so with our luck we know we are screwed.

As for the impossibility of it all, I mean, where is the money going to come from if everybody gets back more than they invested? How could such a thing even be remotely possible?

In short, investing long-term is a known, provable loser for all but the financial services industry, the taxing government and a pathetically small minority of lucky investors.

In fact, I’m surprised that anyone invests money in stocks and bonds at all: Long-term inflation in prices is always higher than the long-term returns of any stock, bond or housing market, meaning that investors in these markets ALL had losses in real (inflation-adjusted) dollar terms.

So, we invest for the long term to make a loss in buying power? Huh? So I’m supposed to stop watching Gilligan’s Island on TV and instead read a book to get THOSE dismal results?

Perhaps this is why you are uneasy. Worried. Nerves on edge, vexed by the growing fear that you will spend your life in poverty and misery because you are trapped in a weird Limbo Of Stupidity (LOS) as concerns matters financial, as evidenced by never making enough money to start with, idiotically spending too much, and saving too little, and/or getting married and having kids, which makes EVERYTHING exponentially worse.

Perhaps to try and drown this dawning dread is why you drink too much liquor. Or maybe why your paranoia makes you pack so much raw firepower, but you are unwilling to give up either one despite knowing that armed drunks usually fare very badly on the 6 o’clock news, especially one with a belt-fed .30 caliber machinegun with a hair trigger and a laser-scope that really isn’t that useful when that baby starts kicking and bucking, making a hell of a racket, spewing out sheets of hot lead, shell cases raining down like hail, and you are yelling, “Yeehaw! I told you damned kids to get off my damned lawn!”

“But,” you tearfully ask, lips quivering, “what are the alternatives to stocks, bonds and real estate? You never hear of any! Tell us, Mighty Manly Mogambo (MMM)! What can I, personally, do to save my Big Fat Financial Butt (BFFB)?”

Worrying ABOUT your big butt is a lot better than worrying about how BIG your butt is, and so I know you are scared enough to be absolutely thrilled and delighted to know that (“May I have the envelope, please?”) gold, silver and oil are the top three on the Top Three Top-Rated Investments (TTTRI), as officially declared by the prestigious top-three investment-ratings firm, The Mogambo Institute of Top Three Investment Ratings (TMIOTTIR), a time-honored and completely honest and reliable financial-rating firm that I just made up, right here, on the spot, for some reason probably related to how I am Completely Freaked Out (CFO) about the whole situation, or as some pathetic plea for attention and respect that I don’t deserve and thus cannot get without making up outrageous lies like that.

But regardless of whether I am entirely rational or if the Mogambo Institute is just the start of another scam that will end badly with recriminations all around, the reality is that gold, silver and oil are Gigantic Freaking Bargains (GFBs), now that the horrid Federal Reserve is in its seventh years of pumping out more than a trillion new dollars a year, and central banks around the world are doing the same sad, silly, stupid, suicidal thing!

They are GFBs as the federal government is deficit-spending more than a trillion dollars a year, and has been for a decade!

Gold, silver and oil are GFBs now that the P/E of the Dow is at a pricey 20!

Now that the selfsame Total Outstanding Consumer Debt is increasing at 7.1 percent, growing at the fastest pace in over five years!

Now that the national debt is beyond $17 trillion!

And especially now that so many, many, many gazillions of dollars in valuation have been lost in bonds, since bond prices fell 50% when the interest rate on the 10-year T-bill doubled from 1.5 percent (on 7/12/12) to 3 percent (on 12/26/13)! Poof! Half your investment is gone!

And, also “poof!” just like that, so too have the values of other bonds around the world similarly dived as interest rates have risen.

Breathless, I pause at the total horror of unfolding tragic economic events, my pulse racing, and my rat-like, beady, bloodshot eyes darting from side to side, seeing enemies and dangers everywhere.

I mean, normally, from just a casual reading of classical economics, one would have expected that the world would have fallen apart and collapsed in flames, people burning the evil Federal Reserve to the ground for causing all our problems by creating too much currency and credit, mobs rioting in the streets, reports of pizza and beer shortages fueling the growing social unrest, mayors and governors promising “quick action” on the beer and pizza shortages, and gold and silver soaring in price, but which are, individually and collectively, not.

Inquiring minds, as they say, want to know why.

The reason is simplicity itself: Now that all of everyone’s wealth is tied up in stocks, bonds and real estate, the government has a very keen vested interest in keeping these markets up, and their prices always rising.

Their reasoning is solid: That they figure that people losing most of everything they have would put a real damper on spending, while rising unadjusted asset values make them feel wealthier and, so the theory goes, spend more.

And they have the idiotic assurances of Keynesian knotheads that that will happen.

And with a $455 billion trade deficit, and lot of foreigner exporters want it, too.

And guess what? It probably will! And for longer than you think!

Let’s get real: The stock market, the bond market and the housing markets are manipulated by the government, and it’s no secret.

And nobody in their right mind remotely believes the government’s statistics on inflation, or employment, or anything else anymore.

However, what WAS a secret is the news that ALL things are now legally manipulated by the government! In the chilling words of Chris Powell, in an essay at King World News about a court case against manipulating corporate entities being thrown out, “By federal law, the Gold Exchange Act of 1934 specifically authorizes the US government to rig not only the gold market, but to rig any (financial) market surreptitiously through the Exchange Stabilization Fund. If the CFTC has discovered that market rigging is taking place because of US government policy, then according to law there is nothing to be done about it.”

Yikes! Rigging every market in the USA is now officially, as determined by an official federal judge in an actual case, to be perfectly legal because the federal government passed laws to make it legal!!!!

Keen-eyed Junior Mogambo Rangers (JMRs) quickly turn their attention to my use of four exclamation points as punctuation, which roughly translate as, “This is so bad that I think my heart has stopped beating, and I am pretty sure I piddled in my pants I’m so scared!”

An argument about style can be made that it should have been FIVE exclamation points to punctuate a sentence revealing a scam so horrifying, so un-American, so un-Constitutional, so sleazy and so slimy, so foully fraudulent and so criminally insane that it is guaranteed to destroy everything it touches because it touches everything.

But I took one exclamation point away because of the comforting protection of holding gold and silver, which by a happy coincidence are extremely cheap right now because gold and silver are the very things that the government is trying to suppress by keeping their prices artificially low!

And, of course, there is the inner peace and serenity of having enough lethal firepower to light up the sky for miles around.

So simple, and so guaranteed by 2,500 years of history, that one feels moved to say, as intelligent people often do, and so should you, too, “Whee! This investing stuff is easy!”

Ed. Note: This essay was featured in the Saturday edition of The Daily Reckoning. If you’re just reading it now, you already two days behind. Don’t let that happen again. Sign up for The Daily Reckoning, for FREE, right here, and make sure you get the full story before anyone else.