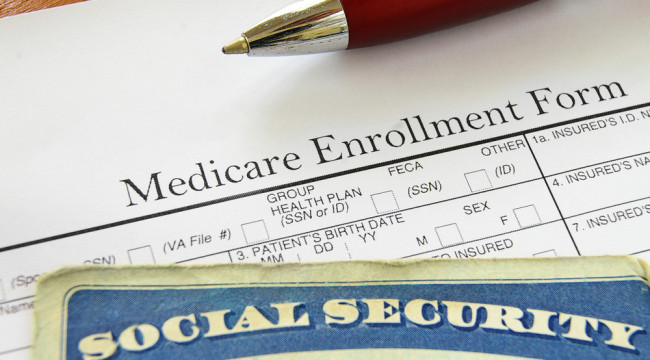 The Medicare Screw Job of 2016

Whaddya know? Social Security’s “flat COLA” turns out to be even worse than we wrote about three months ago.

Then, we noted Social Security recipients are unlikely to get any cost-of-living adjustment, or COLA, next year. Not enough inflation, as the government defines it. (Yeah, we know. It’s why whenever we report the official inflation numbers, we say any resemblance to your own cost of living is purely coincidental.)

Now it turns out some people on Medicare face an average 52% increase in their Part B premiums come 2016 — all because of the flat COLA.

Blame it on a law dating back to 1987, explains columnist Kathleen Pender at the San Francisco Chronicle: If there’s no COLA in a given year, “about 70% of people enrolled in Medicare Part B don’t have to pay the usual premium increase; they are said to be ‘held harmless.’

“But the 30% who are not held harmless have to shoulder the entire Medicare cost increase that normally would have been shouldered by all participants. As a result, their premiums skyrocket.”

That’s what happened in both 2010 and 2011, when there was no Social Security COLA. The premium increases were steep but manageable — about 16%. But for 2016, it works out to 52%, according to government figures crunched by the Center for Retirement Research at Boston College.

OK, who are the unlucky 30% facing this huge increase? They fall into four categories…

From the Boston College report: “Under the intermediate economic assumptions, the estimated monthly premium in 2016 for these other beneficiaries is $159.30,” the authors write. “That means that, unless the administration figures out some workaround, the base Part B premium would rise from $104.90 to $159.30 — a 52% increase.”

Don’t expect a fix from the White House or Congress.

“Clearly, political pressure will build for some kind of work-around,” says the Boston College report.

We’re not nearly as sure. For one thing, all the rumblings we hear from Washington point to another “partial government shutdown” come Oct. 1 — just like two years ago. So all the other budget issues that are prompting the politicos to grandstand have to be resolved before they tackle this Medicare mess.

For another thing, think about who’s going to be affected. Poor people on both Medicare and Medicaid? As mentioned earlier, they won’t know the difference because it’s not coming out of their pockets.

Higher-income people? C’mon, there’s no sympathy for them.

That leaves the people who pay their Medicare premiums directly instead of having them withheld from their Social Security payment.

They make up only about 8% of all enrollees. And some of them are probably better off, too — especially if they’ve reached full retirement age but they’re waiting till age 70 to start collecting Social Security.

Sorry, there’s just not a constituency large or vocal enough to stave off this 52% Medicare premium increase.