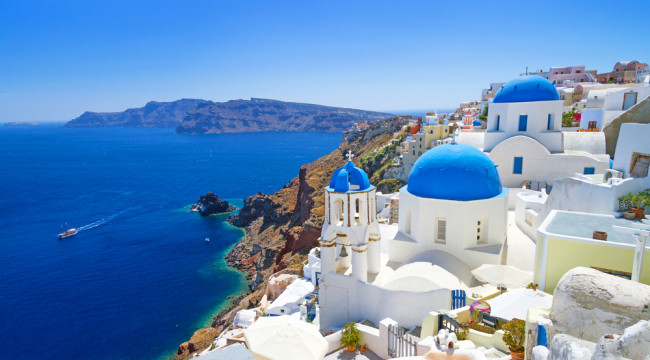 The Lowest Interest Rates in 5,000 Years

“The ancient Greeks thought there was a difference. Men had to realize they weren’t gods. They couldn’t do the things gods could do. If they tried, it provoked a disaster. The gods got jealous and punished them.”

There are still things humans can and can’t do.

When men get too big for their britches, the gods still punish them.

The disaster we were looking at had nothing to do with the hubris of mankind. The problem was geological.

Having built their city over the fault line between the African and European tectonic plates, the ancient Cycladians were in a dangerous spot. Every few thousand years there were bound to be fireworks.

As it turned out, trouble came – big time – in about 1650 B.C. The earth trembled. A huge volcano rose from the sea, near Akrotiri, and blew up.

“The people had plenty of warning,” Spiros went on. “There are no human bones in the town. No one was killed by the eruption. They were a seafaring people. They were fishermen. They probably got in their boats and headed for Crete, which you can see from here on a clear day.

“These people were not Minoans, like the people of Crete. But they traded with one another and knew one another.”

The Journey to Akrotiri

Our cruise ship had entered the crater in the early morning. By 8 a.m., tenders – smaller boats that bring you ashore when the harbor is too small for the cruise ship to enter – were ready to take us to the island. There we boarded a bus for the short drive to Akrotiri.

“But I doubt they made it to Crete,” Spiros went on. “Because after the volcano erupted, it collapsed into the lagoon, creating the giant crater we see today. This set off a tidal wave that may have swamped the people of Akrotiri.

“When it hit Crete, it probably wiped out the Minoan civilization. Many think this is the origin of the Atlantis story. I don’t know.”

There had been people on the island of Santorini for thousands of years before the volcano erupted. They had one of the most advanced civilizations of the time – with indoor plumbing, bronze tools, and professional artists to decorate the inside walls of their houses.

They were not an Indo-European people, apparently. Their written language has never been deciphered.

Traveling the Aegean Sea in a luxury cruise ship is not a bad way to discover ancient history. But we are not here just to learn about the Greeks and the Minoans. 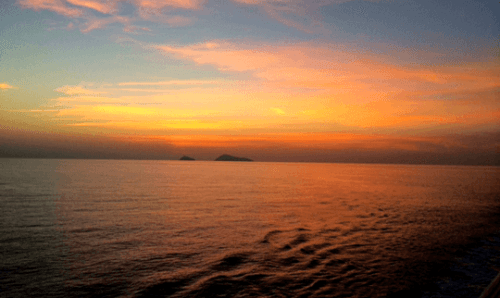 Sailing to Byzantium… or thereabouts

The proximate cause of this journey was an invitation from a colleague, Merryn Somerset Webb. Merryn is editor-in-chief of the magazine we publish in London, MoneyWeek.

We were bid to join the cruise at Catania and stay aboard until we reach Athens. Along with Merryn, on board are several otherMoneyWeek analysts and editors – including Tim Price, John Stepek, and James Ferguson.

(If you’re subscribed to our newest publication, Bonner & Partners Inner Circle, which taps into the research and recommendations of our global network of analysts, you’ll already have heard from some of them.)

We are meant to look at modern disasters, not just ancient ones.

“Central bankers never wanted to get down to the ‘zero bound,’” explained Merryn yesterday. (The “zero bound” describes the theoretical limit for interest rates – at 0% – that preoccupies so many central bankers these days.)

“They are not idiots. They knew it would cause distortions. And they knew they could get stuck there.”

Merryn showed a group of investors a remarkable chart. Anywhere else, it would have been ridiculously out of place. But since we are visiting 6,000-year-old ruins, it seemed entirely appropriate.

“This shows interest rates for the last 5,000 years. How they figured out lending rates that long ago, I don’t know. But what it tells us is that since the building of the Egyptian pyramids – that is to say, forever – interest rates have never been this low.

“When you think of any financial decision you make… or when you try to analyze any price… you have to remember that it is in the context of the lowest interest rates in the history of the world.”

That’s because the lower interest rates are, the more valuable other assets are by comparison.

Revenge of the Gods

But woe to the price-fixer who fixes the price of money too low… for too long… and then attempts to raise it.

This is fine by us. Yellen deserves to be damned. She has willingly and wittingly attempted to do what only the gods can do: determine the correct price of credit. She should have known better.

And when Yellen’s predecessor, Ben Bernanke, put it there – lower than it has been for 5,000 years – surely, it must have caused the gods to laugh. Now they seek their revenge.

Today, the island of Santorini (named after Saint Irene) is once again populated. Donkeys carry large tourists up the cliff face. White houses sit on the rim of the crater like icing on a cake.

But the town is so crowded with seasonal visitors it is hard to make your way through the narrow streets. Mobs in shorts follow guides who hold up signs to keep their people headed in the right direction.